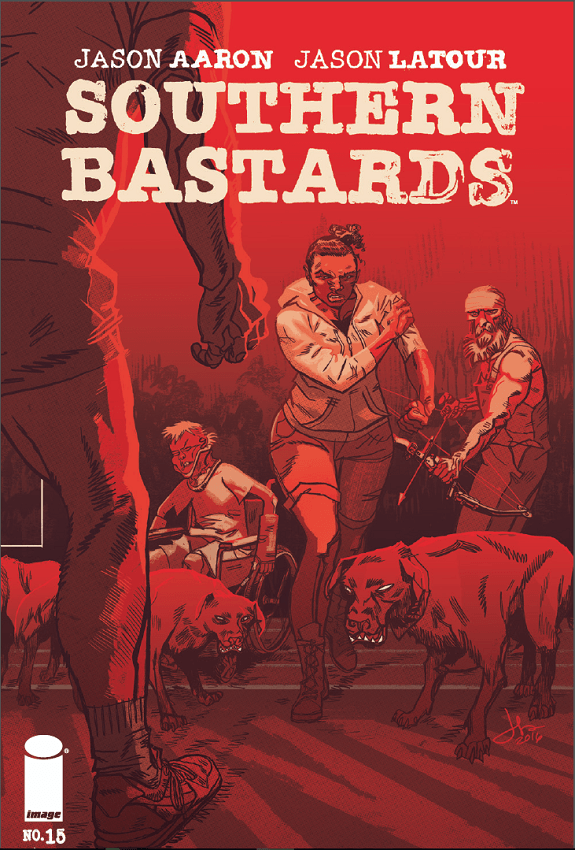 Fresh off of winning the 2016 Eisner Award for best new comic book series, the Brothers Jason are finally back to continue the story of the most textured and corrupted town in the south. For as good as this book has been, issue #14 that welcomed in earnest Roberta Tubbs might have been the most anticipated issue of the series and it didn’t disappoint. Now, after the Running Rebels got utterly embarrassed by their rival on Homecoming Night, Coach Boss is probably the lowest that we’ve seen him. And this man has seen some things. The aftermath of the loss of the game is paralleled by the loss of some really important folks along the way as the void is felt far and wide. 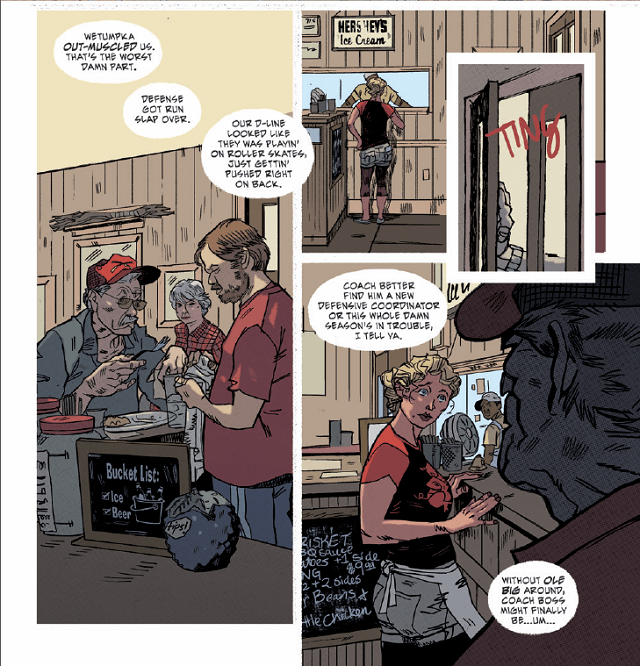 The pressure isn’t just on for Coach to win and keep his job, you get the sense that some much bigger things are at play as we welcome back some members of the community we haven’t seen in a while. And frankly, good or bad, these folks tend to only poke their head up when some bad shit is about to go down. The narrative carries this book forward with such a swift momentum. Things were a slow burn for a while, but this issue changes the pace up quite a bid, giving the real feeling of a boulder rolling down hill that Coach can’t stop. There has been a good reversal of how featured Tubbs was in the previous issue, to her lingering presence in this one. Her demeanor and approach are much different than her father’s which might make a difference when the confrontation comes. 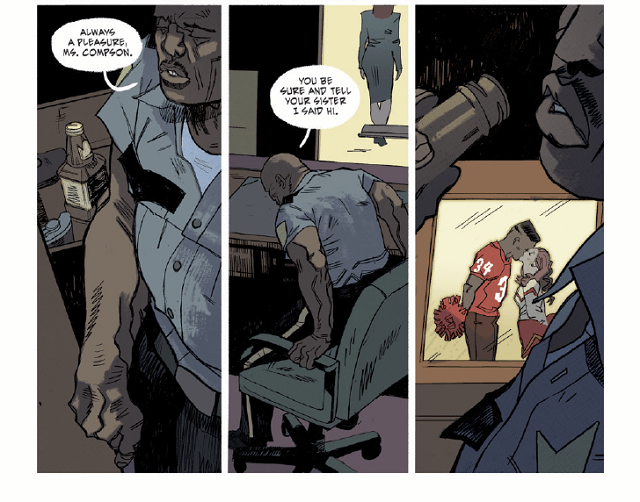 Latour is breathing these characters to life at this point. The pencils seem even more precise and deliberate than previously. You can see the hard lives of each character featured and the softness when necessary. There are also a lot of full page shots that show the gravity of the situation, even in this small compressed setting.

Southern Bastards is back and we could not be more happy about that. There seems to be no refuge for Coach Boss as things go from worst to even more worse and the vultures from all walks of life have began to circle.