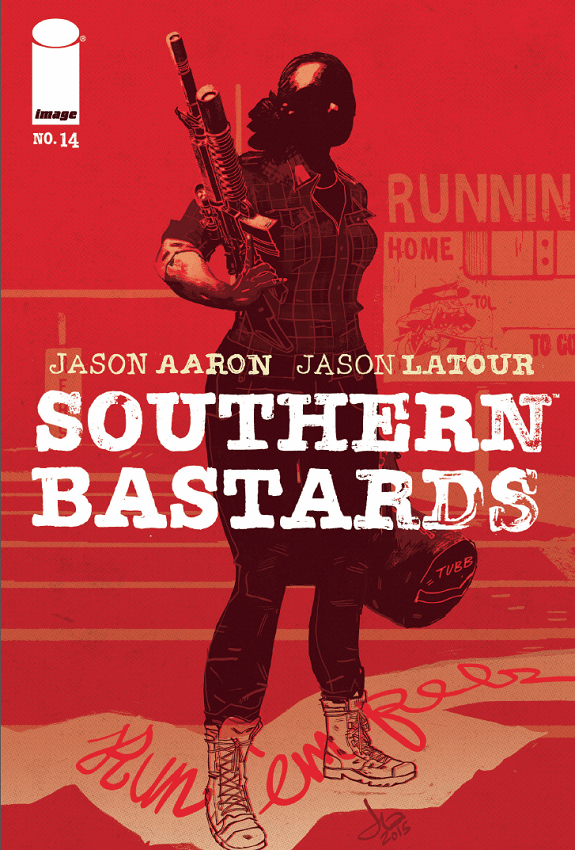 People said Roberta couldn’t go back home.
You know when she heard that? When she was back, home.

Ever since the end of the first arc, when my favorite Jasons killed off the protagonist of the story just a few issues in, we’ve been waiting for the arrival of Earl Tubb’s daughter. Listen up fam, even with the delay in production cycle, Roberta Tubb is worth the wait. She’s finally home from Afghanistan and Alabama is about as welcoming as she remembered. The creators don’t mess around here; the alienation of Roberta is similar to that of her father with the added bonus that is she is multi-racial. And the good folks of her daddy’s old hood don’t take kindly to colored women folk around these parts.

It is a beautiful and cathartic process watching Berta move through her daddy’s old house, the one she never lived in because of her parents split well before Berta went overseas. From the reports of a suspicious character on the premises to neighbors taking liberties, Berta handles it with steel demeanor, which is befitting not only the soldier that she is, but the Tubb she is descended from. 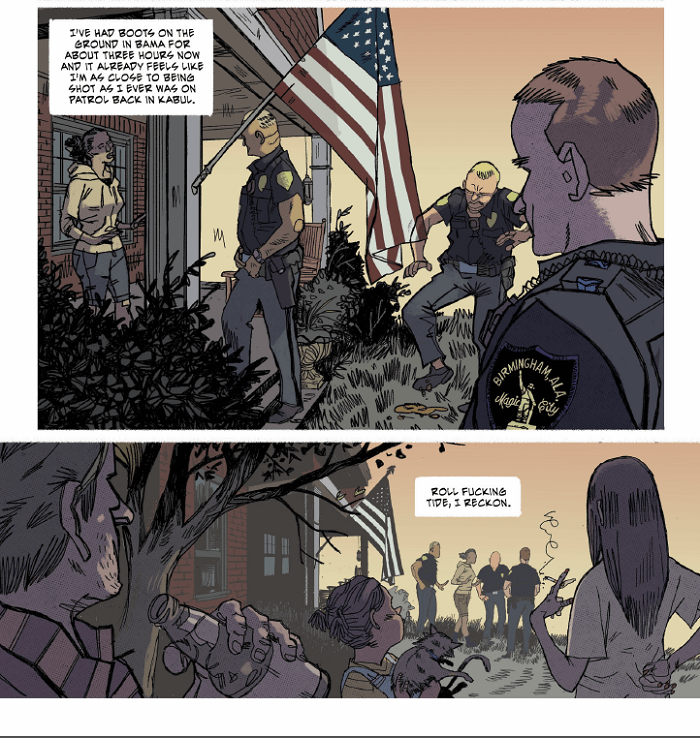 [divider type=”space_thin”]
I especially like the slight change in language we get from Roberta compared to almost all the other characters we’ve met so far. There is a refinement and polish in her speak that is indicative of her education and life experience happening somewhere other than here. It’s a small detail that might be overlooked, but it is completely appropriate and settles Roberta into the story nicely.

Of course, Latour handles Roberta’s homecoming about as well as everything else he’s done thus far in this book. Southern Bastards, by design has been dominated by gruff and carved from wood, men. Roberta offers something completely different in the storytelling and Latour does well to keep her within the art design, but differentiate her as well. Her lines are a bit softer but she still resembles her daddy. Also, I enjoyed that she has a significant size that makes her intimidating, but in subtle ways. 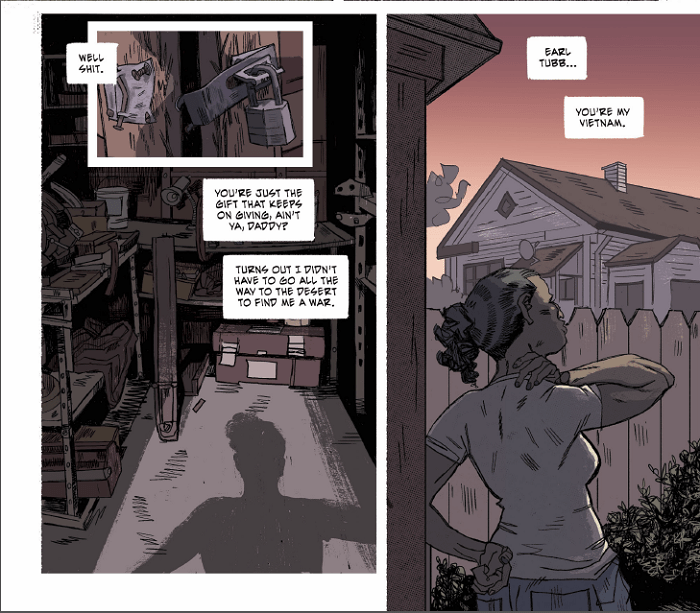 We’ve been waiting a long time for this issue and now with the Homecoming Arc done, it seems that all the pieces are in place for the big game in Craw County. With the arrival of Roberta on the scene, I just can’t imagine who is going to make it out alive when the shit hits the fan. But seriously, Jasons, y’all took Earl from us mad early, please let Roberta LIVE!