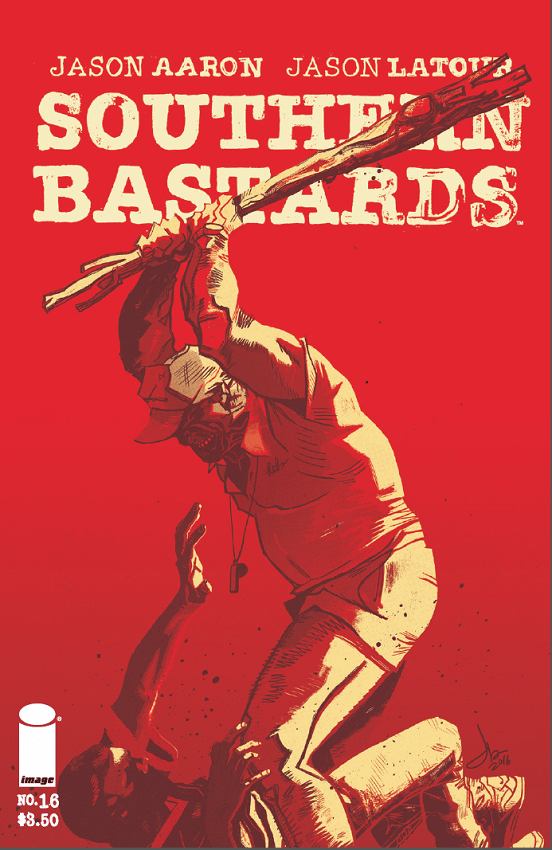 There have been moments, whole arcs actually where Southern Bastards has been downright brutal. This issue is a contender for one of their most visceral. Which is a high bar for a football, murder comic book. Needing to stop his losing streak, Coach Boss has went to extreme levels to stop registering another loss on the ledger, including doing harm to an opposing star player. The dialogue between Coach and the star player Theron is poignant and yet disturbing in its showing what’s at stake. The planned assault doesn’t go exactly as Coach planned, but it is crazy none the less and not the easiest set of panels to read through. Aaron and Latour do an excellent job of showing what kind of man Boss is. While we’ve seen his devious actions and motivations before, we are given a sort of code from the Coach, as corrupted as it may be. It’s yet another layer added on to a truly despicable character. 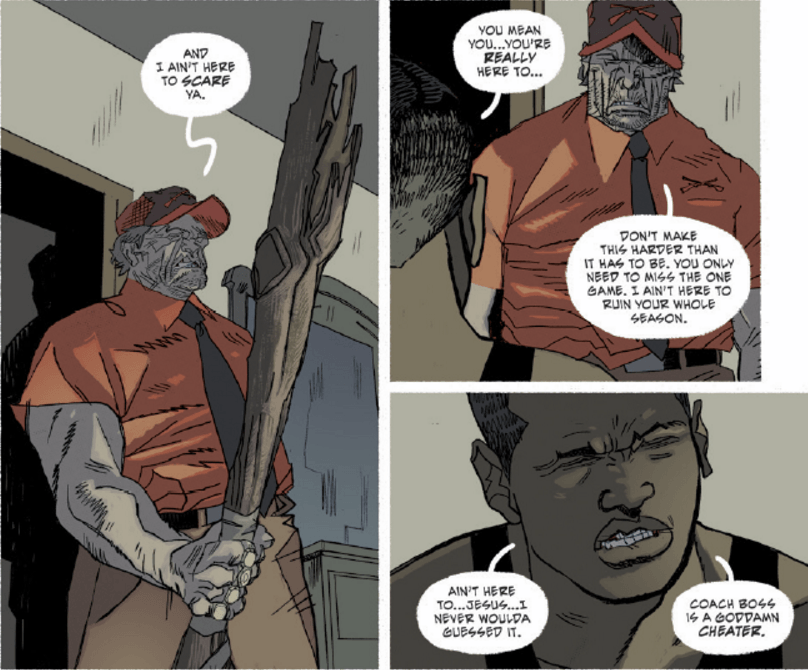 The art as always is potent and very appropriate for the matter at hand. The scene I mentioned before is structured in a chaotic and brutal way, but just as satisfying are the somewhat calmer moments when Boss is on the sideline, being dressed down by various people. Latour does well with intensity, even in dialogue and this is especially necessary as the stakes begin to climb to new heights. The end of the book signifies that Boss’ one man war on any and everyone may not be so one-sided anymore and I think it’s safe so say that war is coming to Craw County.

Southern Bastards is a good, challenging and sometimes difficult read. But the book never loses its potency and things have been converging for a long time now.

Reading Southern Bastards? You can find BNP’s other reviews of the series here.