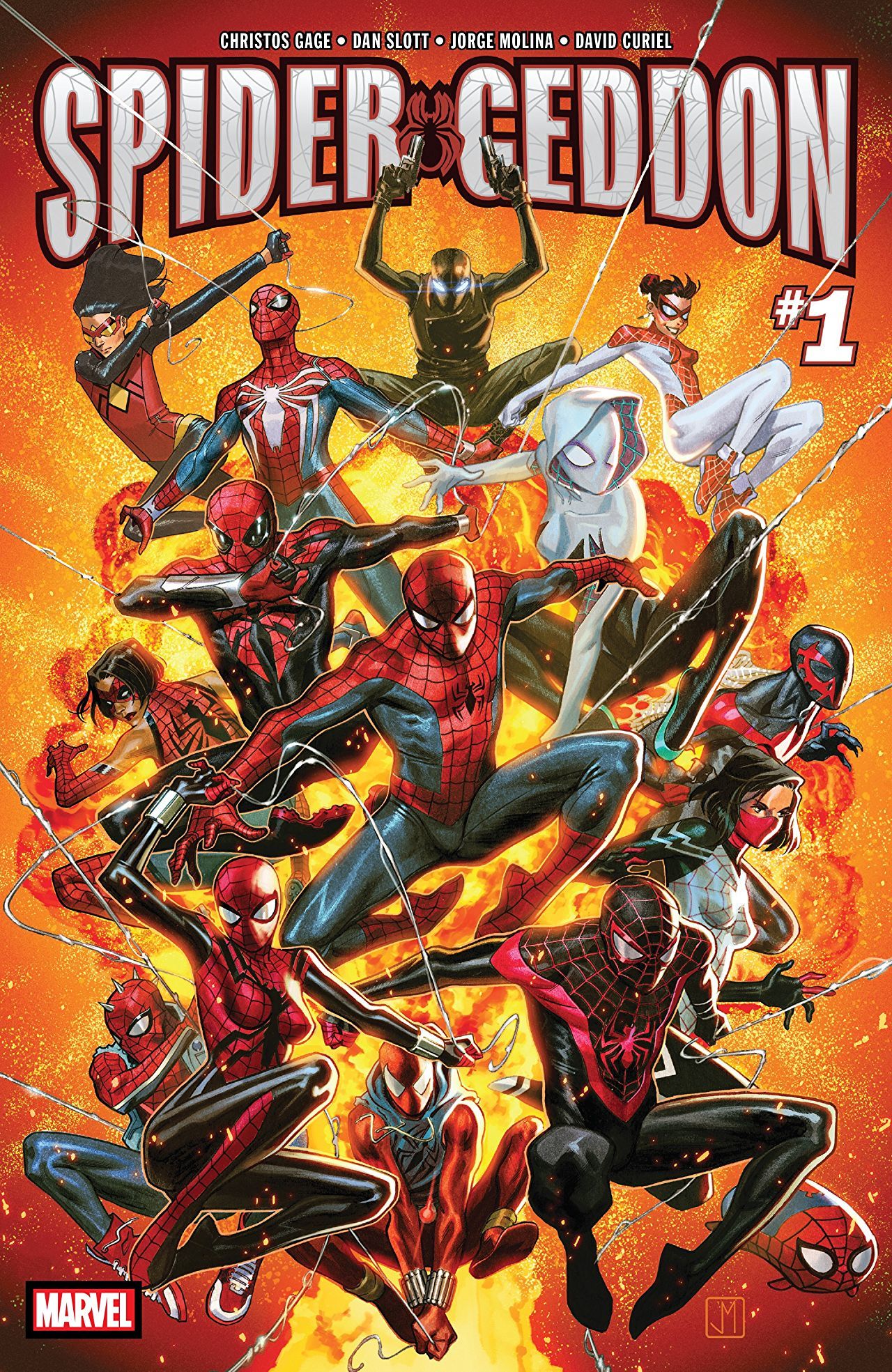 Spider-Geddon is officially upon us! I’ve never been more excited for one of the wackiest Marvel stories to ever grace comic book pages. Spider-Geddon is the sequel to 2014’s fantastic Spider-Verse comic event, which brought together several Spider-Men and Women from across multiple dimensions to do battle against the vampiric Inheritors. Once again, the Inheritors are the center focus of this event, as they have risen from their nuclear prison to prey on our Spider-heroes.

If you’ve read the first issue of The Superior Octopus, you’ll know that our newly reformed Otto Octavius has been using the Inheritors technology to clone himself insurance bodies. And with Otto’s arrogant ass, just about everyone but him can see why this is a terrible idea. The story starts with the team getting the band back together to confront Otto and shut down his cloning tech before it’s too late. Spoiler … it’s too late. Using tech stolen from the Spider-drones sent to monitor them, they hijack Otto’s creation to build themselves new bodies. 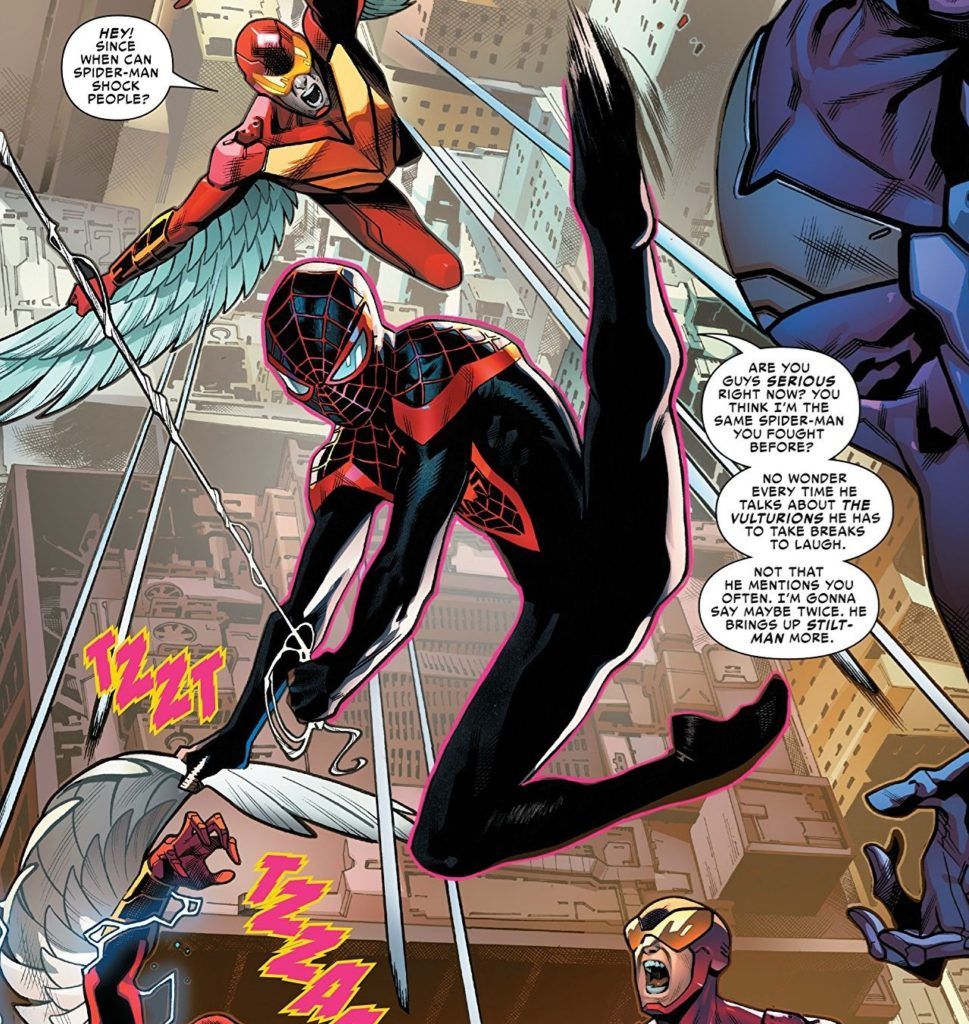 There are several things that I like about the beginning of this new adventure. First is the focus on Miles rather than Peter as the central Spider-Man. Though Marvel is getting better about giving their legacy characters the shine that they deserve, sometimes it feels like push them to the side a lot. As Miles is set to take a prominent role in this event, it will be interesting to see how writer Christos Gage will envision Miles taking on a more leadership role. 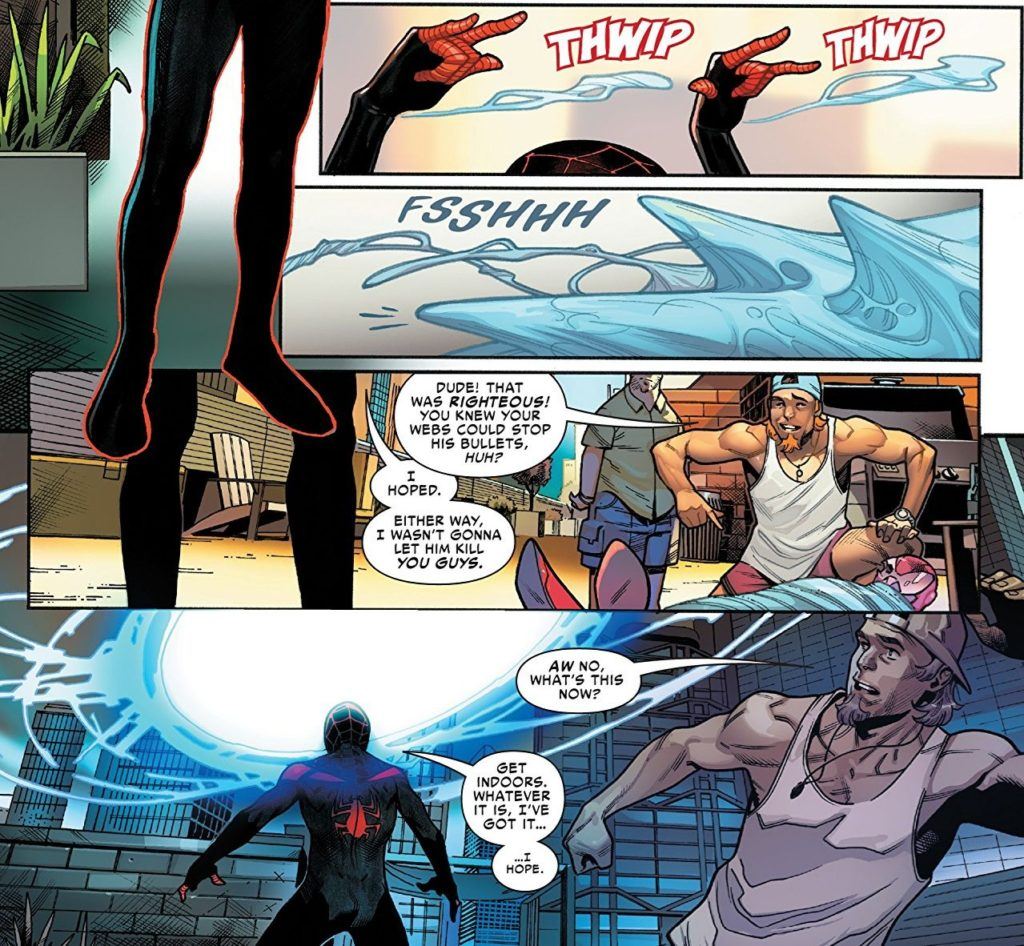 The second thing I felt works in the book’s favor is the focus on Otto. Though the former villain has pledged to fight for good, he is his own worst enemy. Reading the first issue of his series, or even from just this issue, Ock still has the ego and mentality of a villain. The way he operates is with arrogance, counter-intuitive to who he wants to be. Obviously, with him being the catalyst for this event, we are going to see him have to live up to his mistake and evolve as a hero.

For any fans of Spider-Verse, just wait until the end of the issue. Gage goes for the jugular and makes a statement about the consequences of Otto’s mistake. The Inheritor’s return means serious business for our Spider-Friends and this introduction to Spider-Geddon makes sure to let everyone know that no one is safe.