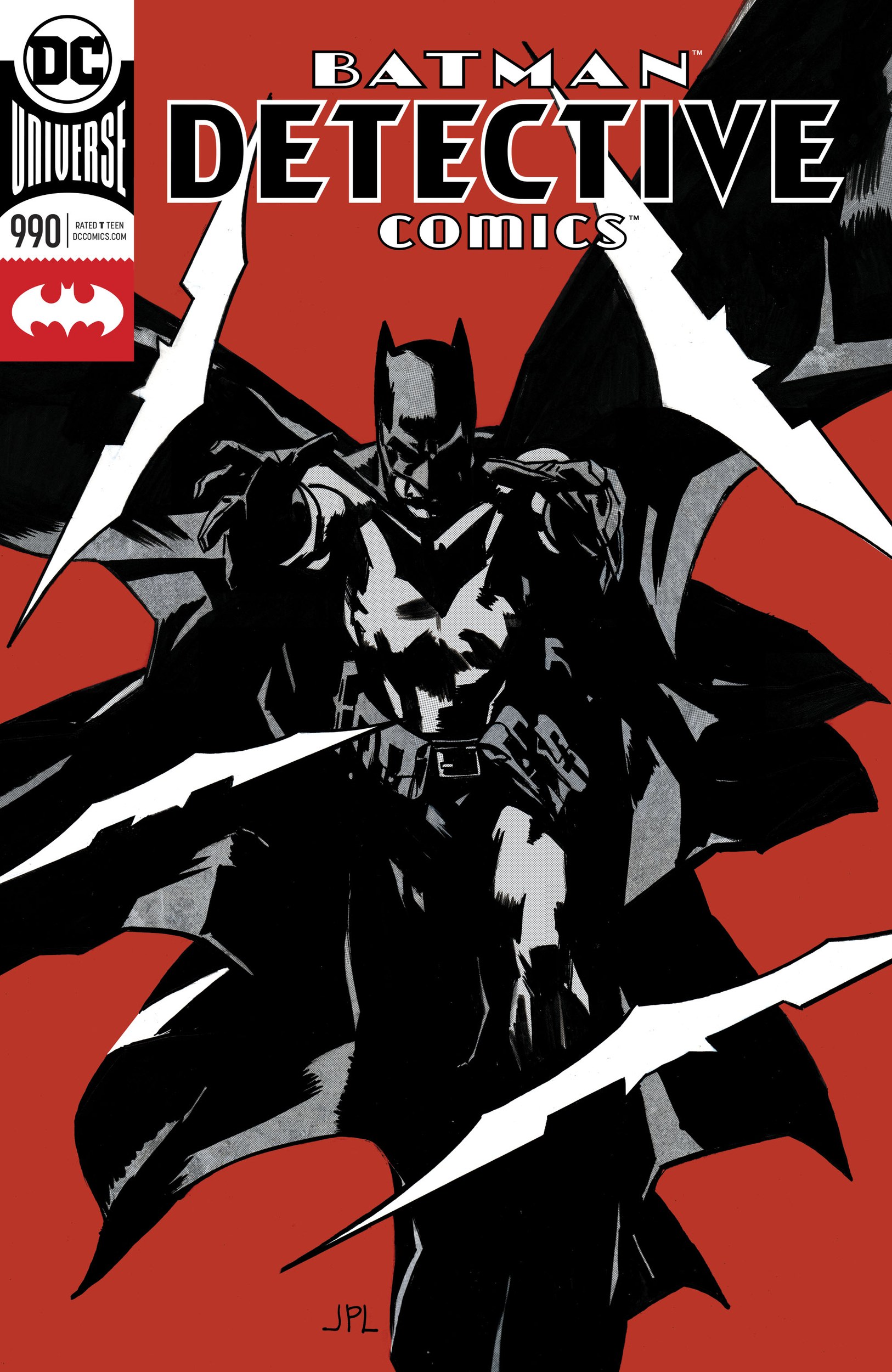 I honestly don’t think I was ready for Deface the Face to last this many issues. What started as a simple murder mystery with slightly more going on in the background has dragged out to be an exposition heavy, oddly paced revolving door of villains which covers familiar territory without much new insight to make it worthwhile.

Robinson’s dialog is laden with over the top statements and weird meta-commentary that never really lands. Two-Face talks angry and lacks any of his usual con-man charisma, shout casting what is happen on the page. Meanwhile, Batman tosses weird factoids out as if to remind the reader there are other Batman stories that can be read. The opening action sequence abruptly shifts to a quiet breakfast scene with Duke Thomas with massive dialog bubbles that read less like a comic and more like TV serial recaps. 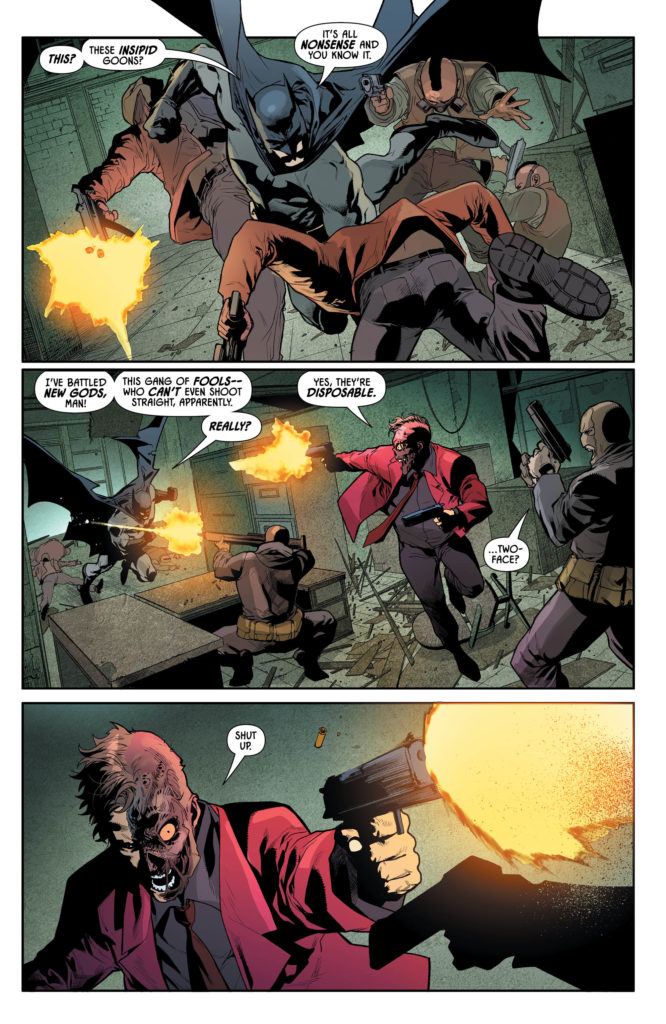 The plot continues to progress unevenly. The Kobra subplot introduced at the start of the arc begins to reemerge properly this time. It would appear that all of the pieces that Robinson placed are starting to be put together; however, in reality rather than fit together in an interesting way, they are laid adjacent to each other. This allows us to observe how all of this doesn’t quite mesh tonally. There are a handful of panels that work, but it does not feel cohesive in its movement.

Segovia’s artwork remains the highlight of the issue and arc. His take on Batman and Two-Face are appropriately iconic. His images capture the menace and madness of the two characters. While the action sequences don’t always make sense, Segovia certainly makes them look good.

Deface the Face suffers from trying to cover a lot of ground. Its solution to a lot of the narrative questions is to throw most stuff into the mix and see if it works. Ultimately, this approach leaves it a bit muddied in its intent and execution.