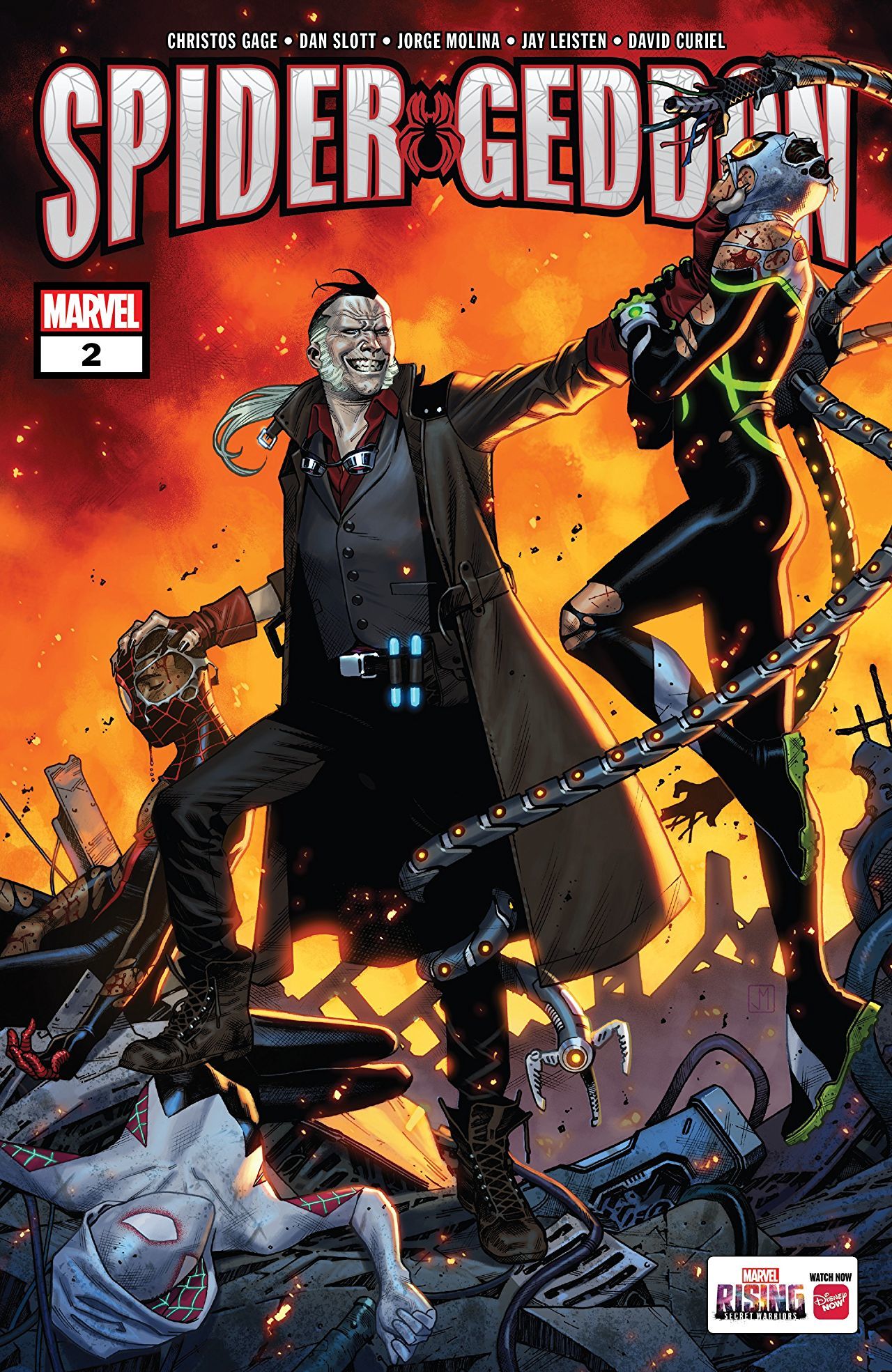 The second issue of Spider-Geddon continues the whirlwind of misfortune that has befallen our beloved spiders. Losing both Spider-man Noir and Spider-UK to the Inheritors are big losses, especially considering UK’s role as a leader. It doesn’t help that another heavy hitter goes missing soon after, leaving the team to regroup.

With Otto in the mix, it doesn’t make things any better. It’s clear that he creates a disruption amongst the Spiders, especially Miles, and who can blame him. Within the span of only a few moments, Otto has somehow acknowledged his fault in allowing the Inheritors to return while at the same time pushing the blame onto everyone else for not killing them. The pair on this guy. Just admit you f’d up and keeping moving. 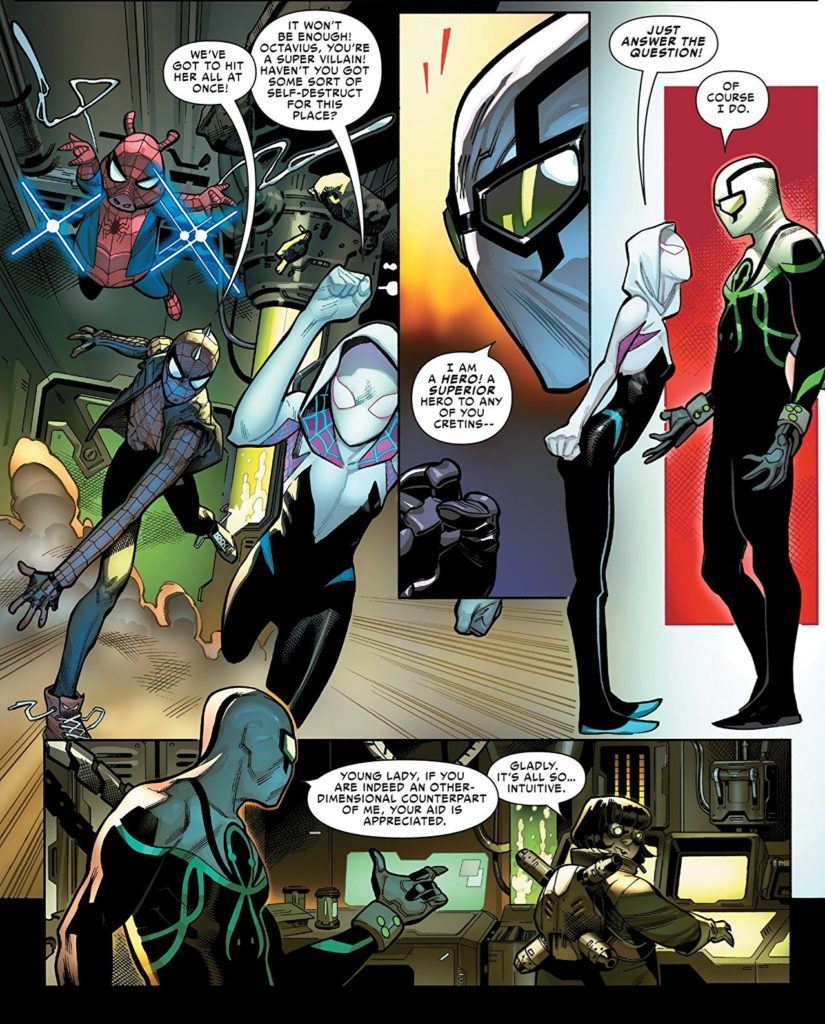 As a hero, Octavious is definitely one of those characters you love to hate. It’s one of the reasons his Superior Spider-Man tenor was so compelling. His ego continuously trumps any good he tries to do. You would think causing another Spider-apocalypse would teach him a little humility…but no. Instead, Otto creates a division in the team.

Just like the previous Spider-Verse event, the heroes who are rougher around the edges decide to team up with Otto to kill the Inheritors. Meanwhile, Miles and some of the others seek out Spider-friends like Peter, who they believe are the key to stopping Morlun and his family. Miles and Otto are obviously due for a clash at some point. As much as Miles is unwilling to admit, he has grown over the past few years as a leader and their two teams are obviously going to be pitted against one another.

More than half of this issue is dedicated to recruiting some of the Spider-men and women into the war. Here, we get to see who some of the big players will be. If you are just like me, you’ll be excited to see a couple of fan favorites (like a certain wall-crawler from a recent PS4 game) and some wild cards that are sure to make things interesting.