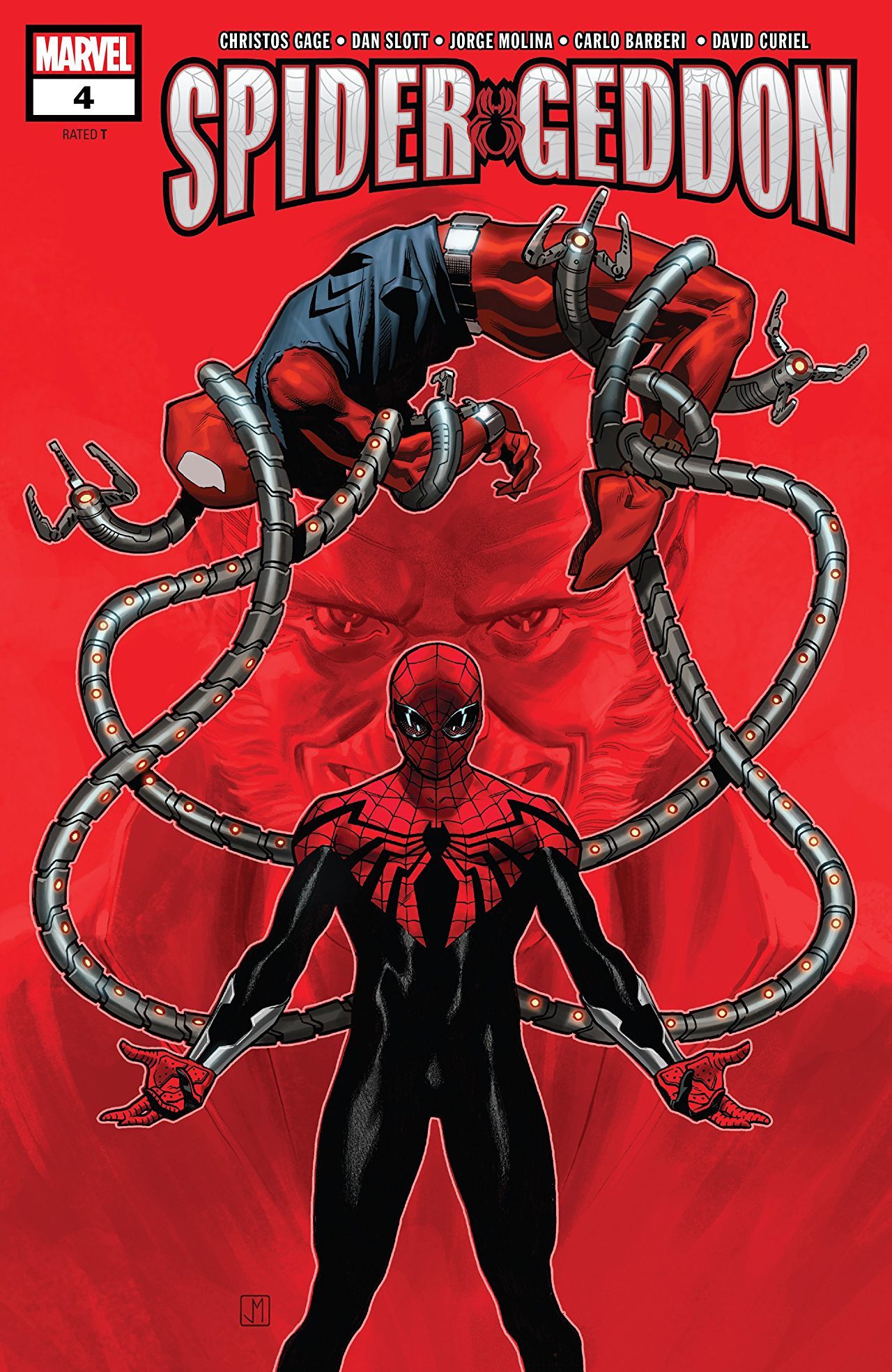 One of the many irritating things about event comics is that it often feels like huge chunks of narrative are missing. That’s because they are often stuffed in tie-in comics that the publisher wants you to buy to get the full story. Marvel is pretty sinful of this, especially with Spider-Geddon.

If you are just reading the main event, like myself, the fourth chapter starts off pretty abrupt. Last we left off, our heroes scored a big win by sabotaging the Inheritors cloning tech. So it is a bit hard to understand how they manage to gain everything they need to resurrect their father at the beginning of this fourth chapter. It’s gaps in the story like this that only do a disservice to the book. 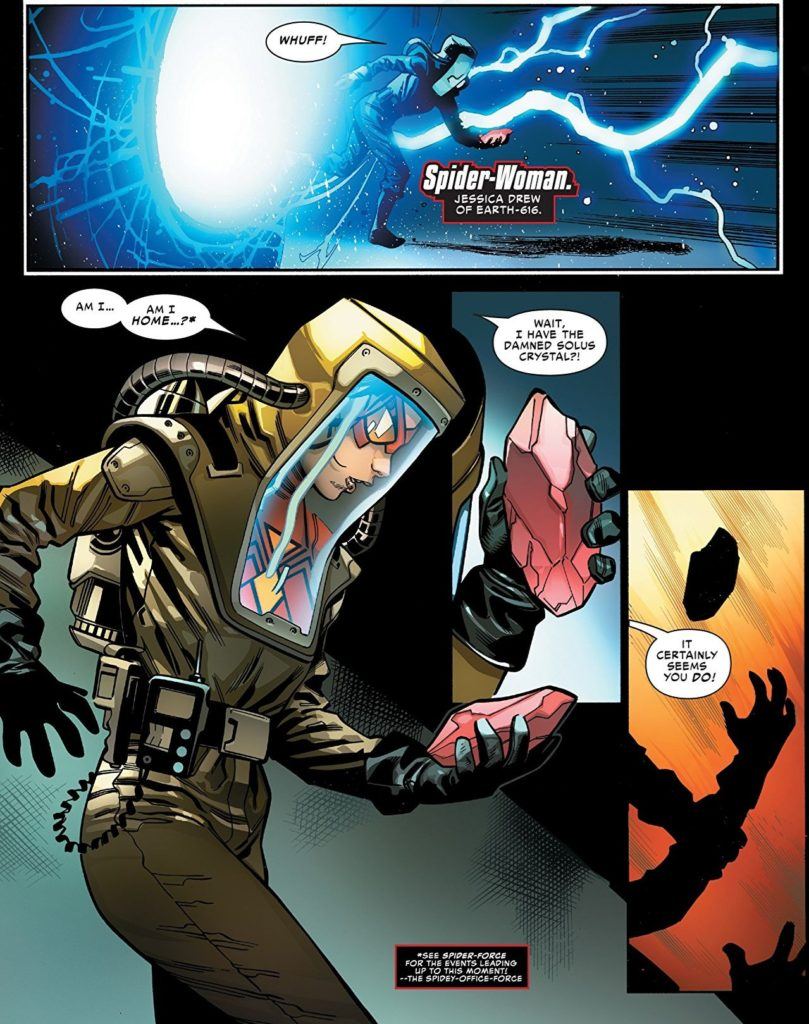 While I might be a little peeved about Spider-Geddon leaving a lot of its story to its tie-in comics, we still get a really enjoyable read. Mostly, it’s due to Christos Gage excellently writing the interactions between the various Spider-men and women. In fact, Spider-man PS4 has some of the best interactions this issue, filled with great character moments and nods to inside jokes from the game. I’m really impressed with how well he is written considering how new his version of Spider-man is. 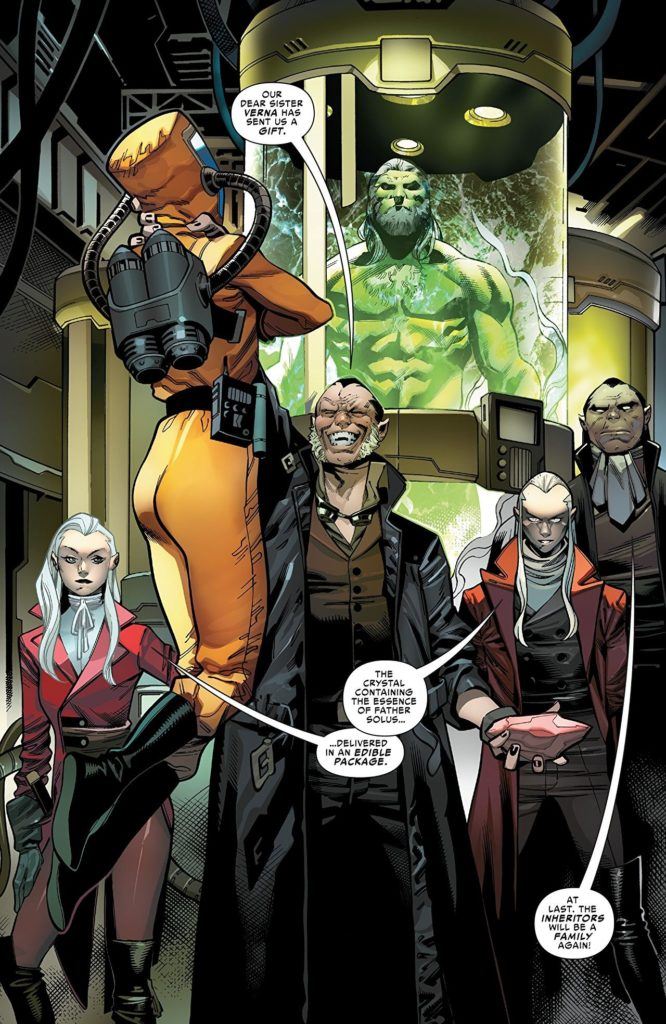 Anyway, we still get a pretty eventful chapter in Spider-Geddon #4. Miles and Otto’s relationship has evolved into what can only be described as “mutual compromise” and honestly, that’s the best it’s going to get. While Otto has gained the trust of everybody, you can feel the weight of leader hanging heavy on Miles. He tries to use his knowledge of the team’s last battle to help but you can see doubt constantly creep over him as the situation worsens. Thankfully, Otto and the rest of the team are pretty supportive.

Meanwhile, tensions with Spider-Nor-Man reach their limit and honestly, I have to question why Otto recruited him in the first place. If there is anyone who Octavius hates more than anyone, it’s Norman Osborn. Even worse, bringing Norman into the mix may have just doomed their world. Norman and Spiders-Man (who honestly just stills the scenery) make their move and it’s a pretty big one. The ramifications are huge, causing characters to make some interesting choices and I can’t wait to see how it plays out in the end.

8 Sad and Tragic Bacon Tasting Corpses out of 10