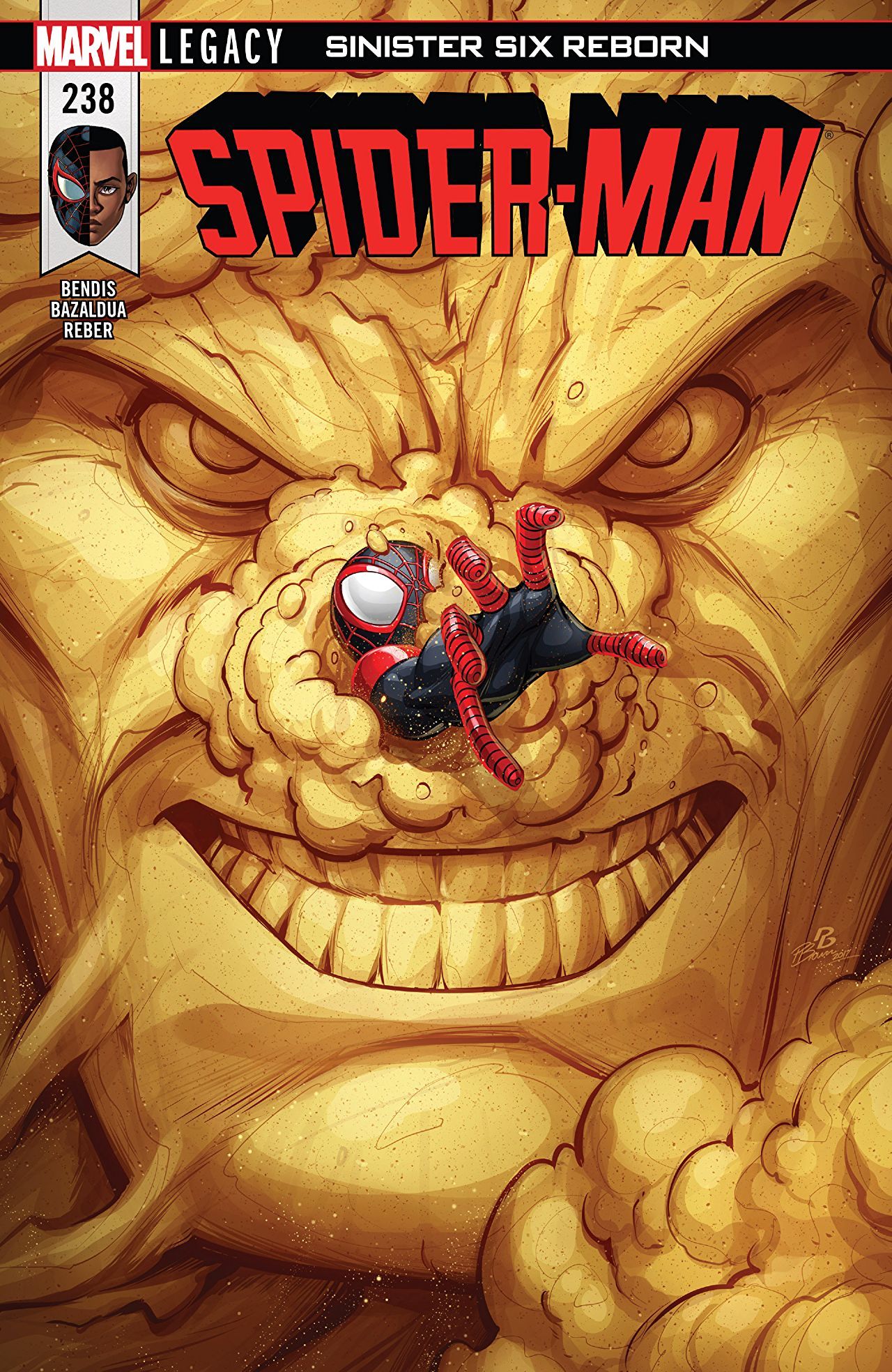 Alright, we finally get to the showdown that we’ve been waiting for between Miles and the new Sinister Six, which is promptly interrupted by Magnum P.I. Hulk. You know there are times where Bendis likes to stretch out the plot and this is one of them. The short little scuffle in the air was nice but I’m still waiting to see Miles go head-to-head with arguably his biggest challenge to date, and led by his uncle Aaron no less. 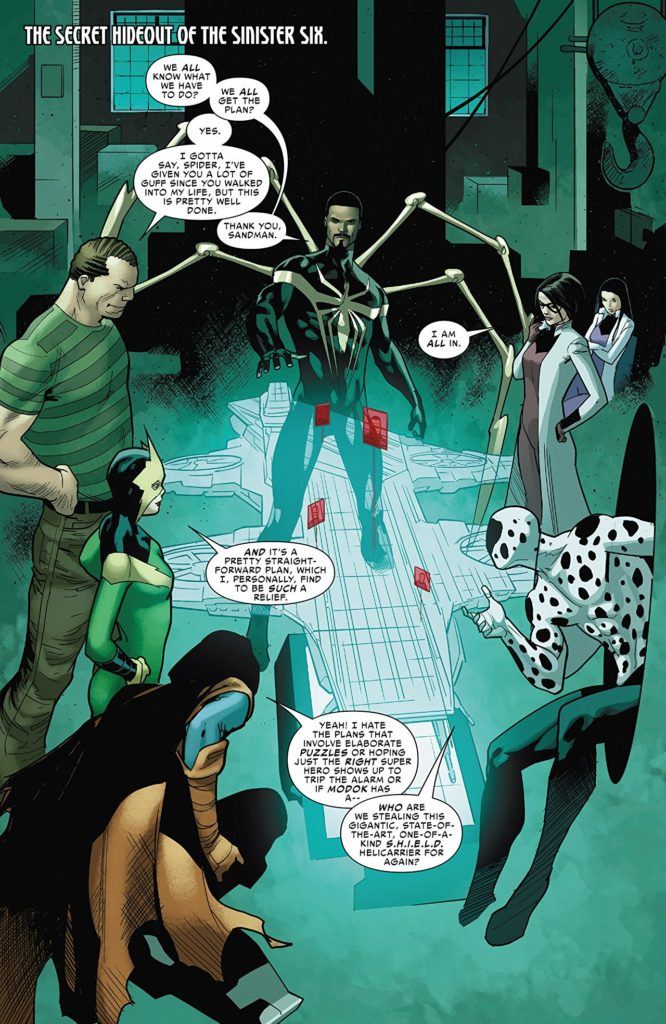 Speaking of Uncle Aaron, I know dude’s villain and all but can we take a second to appreciate his come up in the world. He went from robbing small abandoned tech to poaching a whole Helicarrier like a boss – with ease mind you. He fully stepped into his role as leader and I have to say that it kind of fits him.

Now, if only he can keep the rest of his team in line. We are slowly but surely seeing the six start to unravel, as it usually does. I especially like that this time around it’s not about egos. And a special shoutout to Sandman for being a decent human being down to his core. 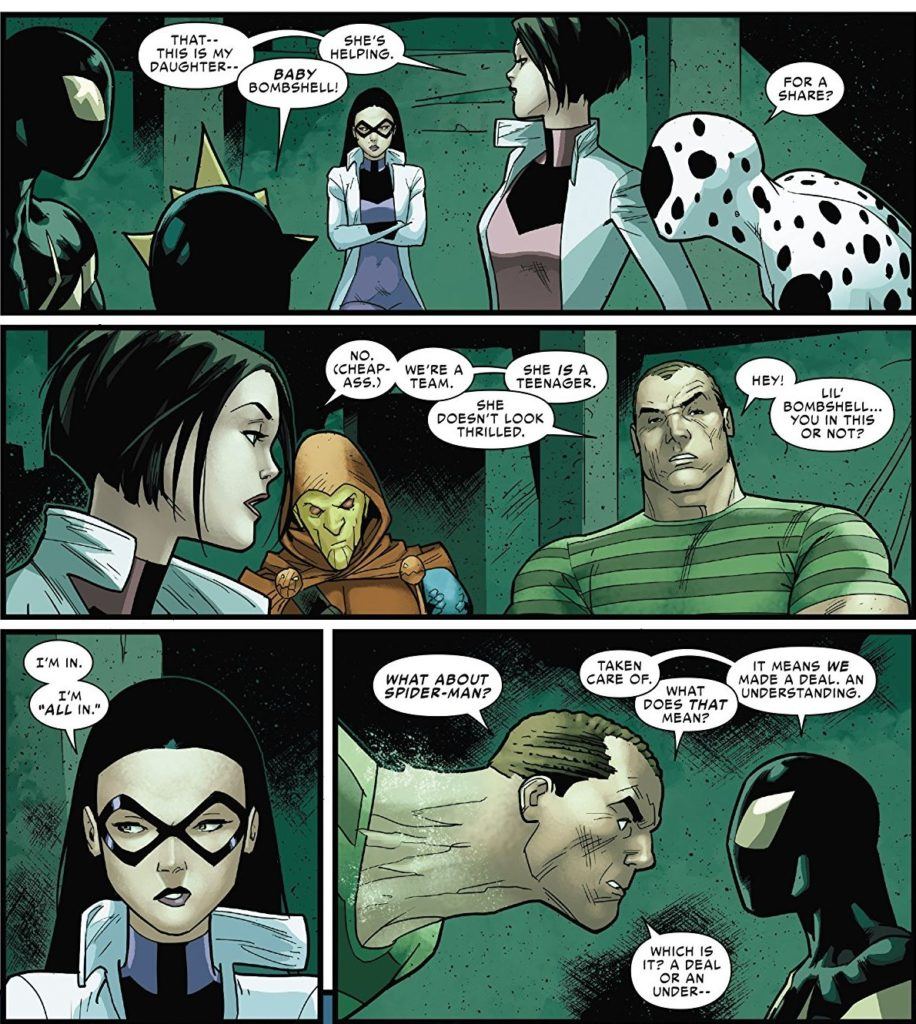 Bendis writes the internal drama and personalities of each member well. Also, Bazaldua’s art is on full display here. He makes the action scenes fun to read. However, while Bendis does write drama well, I do wish that he would focus more on the issue with the Six than other parts of Miles’ personal life. I could do without the Barbara issue, which is a character who I honestly forgot was a part of the story.

I like this issue despite the fact that I didn’t get my fight with Miles and the Six. Hopefully, we will get that showdown soon. Also, I don’t know where the setup with Miles’ parents is going, I just hope it’s something good. Moving them away from the situation just seems like it robs the reader the opportunity to see them interact with Aaron, which is something we desperately need. They are just as much invested in this as Miles is.

8 Uncle Zombies out of 10
Reading Spider-Man? Find BNP’s other reviews of the series here