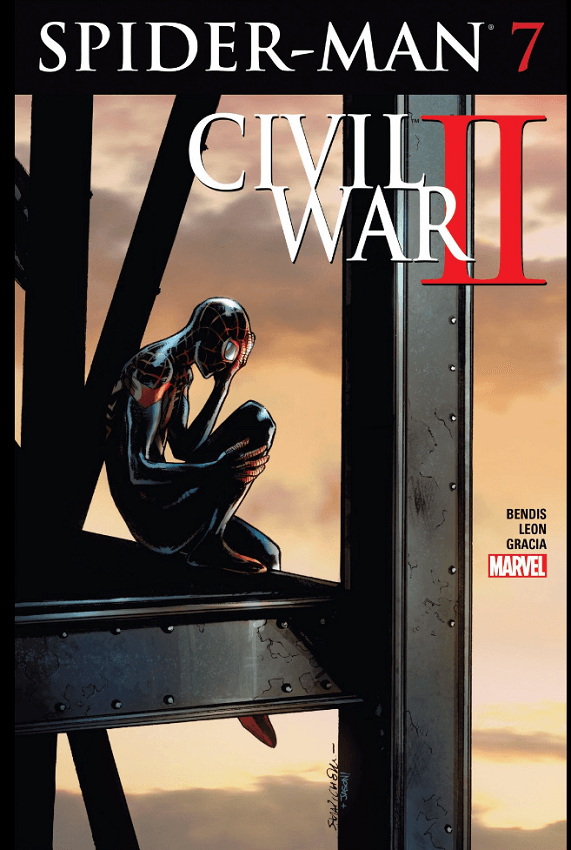 Civil War is fully entrenched in Miles’ solo book now as the lead in with Stark in last issue makes way for the vision that everyone saw in Civil War II #2 as Ulysses showed all the Avengers a future where the Hulk killed AYEBODY. Placing this in the timeline, there’s an indication that the events of Civil War II #3 haven’t occurred yet, so we haven’t seen the true event that may push Miles either way. What is present is Miles going through a crisis of self while fighting crime and catching up with Bombshell as she provides a foil to the notion that Miles has to join the war. Her dialogue is easily the highlight of this issue as Bombshell is instantly recognized for her wit and nonchalant demeanor while refusing to indulge Miles while he’s in meltdown mode. 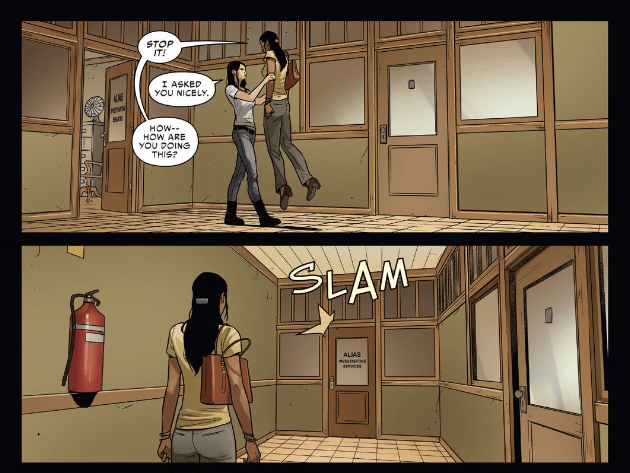 Actually, all the writing is pretty good in this, with Rio and Jefferson discussing the interaction with she had with Jessica Jones. What gets the raised eyebrows from me is a section near the end of the book where Bendis goes on a riff about “perspective” and writer’s agency which wasn’t the most subtle way to answer the criticism he’s had of late. Who knows when the script was finished or what precise criticism spawned it, but it is intentionally meta and very much reeks of a writer with the keys to the castle to include that as an aside in what was mostly a pretty well-scripted book. 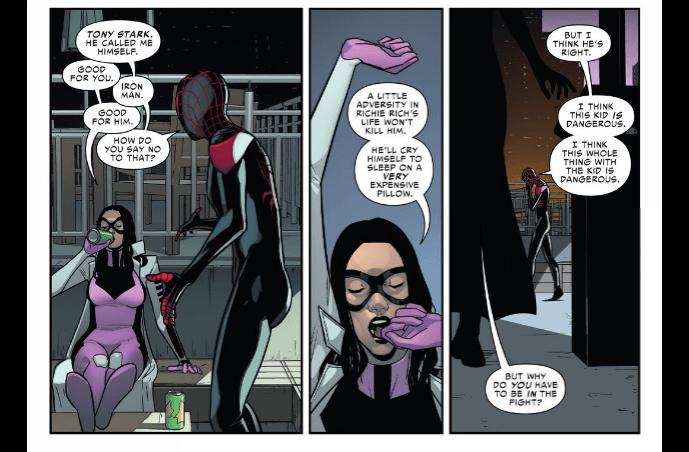 I’m a big fan of Pichelli’s art and miss it, but Nico Leon is a worthy successor. The issue is gorgeous and handles interior and exterior scenes with equal vigor. The characterizations of Miles are a consistent move from Pichelli’s iteration and nothing feels lost in the change over.

The issue is mostly enjoyable with a couple of bumps and good dialogue, but admittedly nothing really moves forward while Miles hand wrings his way throughout the issue. I imagine the next issue puts Miles squarely in the conflict somehow, so I anticipate the stakes will ramp up a bit.