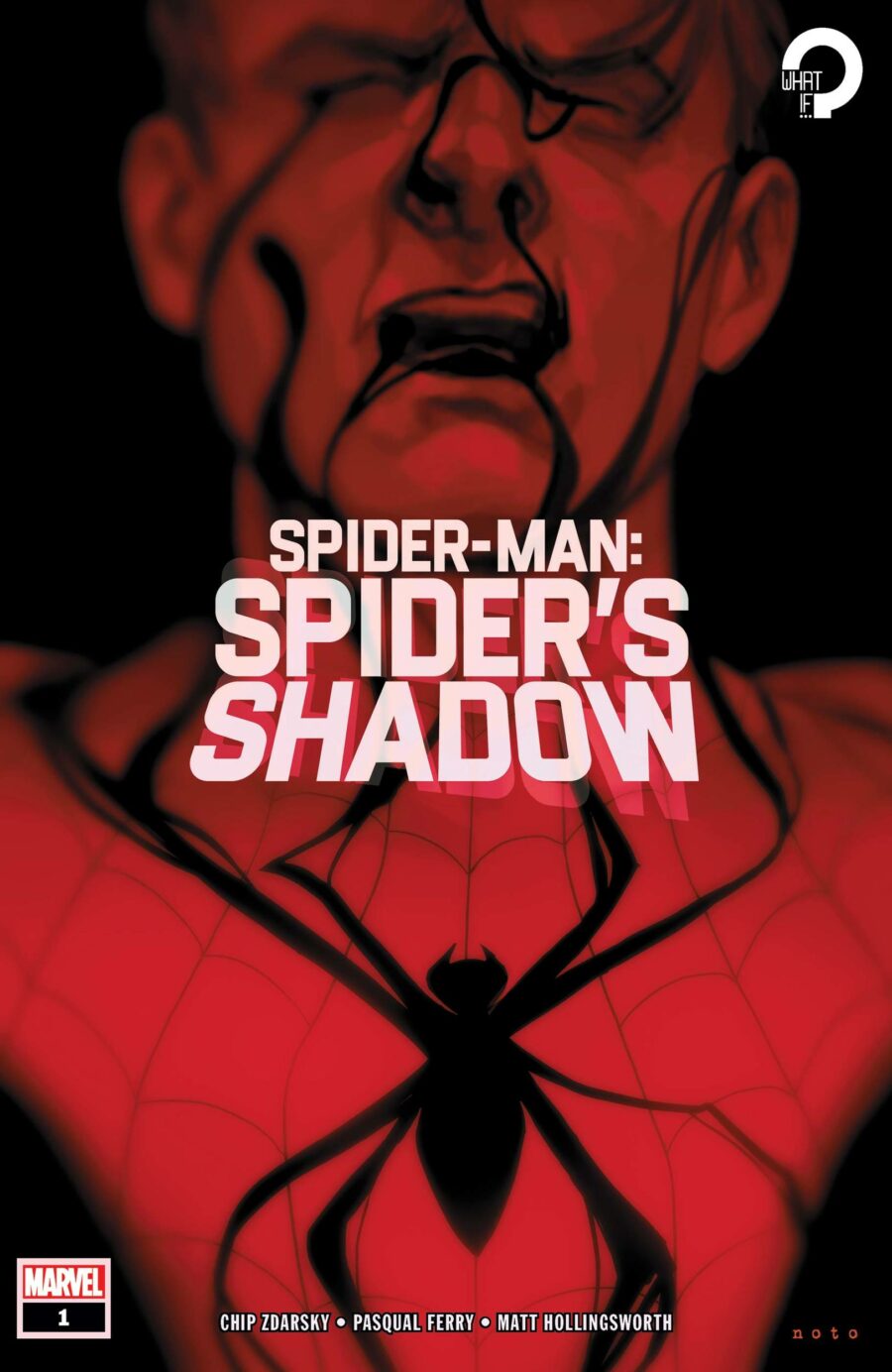 One thing I miss as an elder millennial comic reader is the “What If?” era. Sure, we have the occasional Big Two multiversal hijinks becoming more common all the time, but that’s nothing compared to a good old fashioned look at what could have happened at key points in Marvel history. Spider-Man: Spider’s Shadow is a pretty entertaining throwback to the good old What If days.

This book delves into Peter Parker’s time wearing the Black symbiote costume after the Secret Wars (the first one) and ponders what would happen if he’d kept wearing it and leaned into some of his nastiest instincts. We meet a younger Peter at a time when his life is moreso in shambles than usual. His aunt isn’t speaking to him, his girlfriend can’t cope with his double life and he’s having feverish nightmares more frequently all the time. Our hero is unraveling mentally, and the only respite he seems to get is when he puts his newly acquired duds on and goes out superheroing. And even then, the stress seems to be making him a bit edgy.

Now, since this is a 40 year old story, we all know this inevitably leads to Peter rejecting the costume’s dark desires so it can become one of his greatest enemies. However, it’s still fun watching him gradually succumb to the whims of the suit. Zdarsky plays it a little like a psychological thriller. Peter genuinely believes for a while that the voice that speaks for the dark parts of his mind is getting louder when we know it’s the suit pushing him. The approach is effective in creating a creepier, more unsettling narrative when we feel like we should know where this is headed. The story reads less like a hero-turned-villain story and more like a monster movie in the vein of the 80s remake of The Fly or Earth vs. The Spider. And Pasqual Ferry does a lot of gorgeous work in this book, but the first glimpse at the symbiote’s more monstrous form will absolutely haunt me for the rest of my days.

Bottom Line: Chip Zdarsky took what could have been a paint-by-numbers What If and created an eerie beginning to a story that plays out more like a pulp horror movie of the week than a Spider-Man story.

9 Shirtless Jeff Goldblums out of 10.