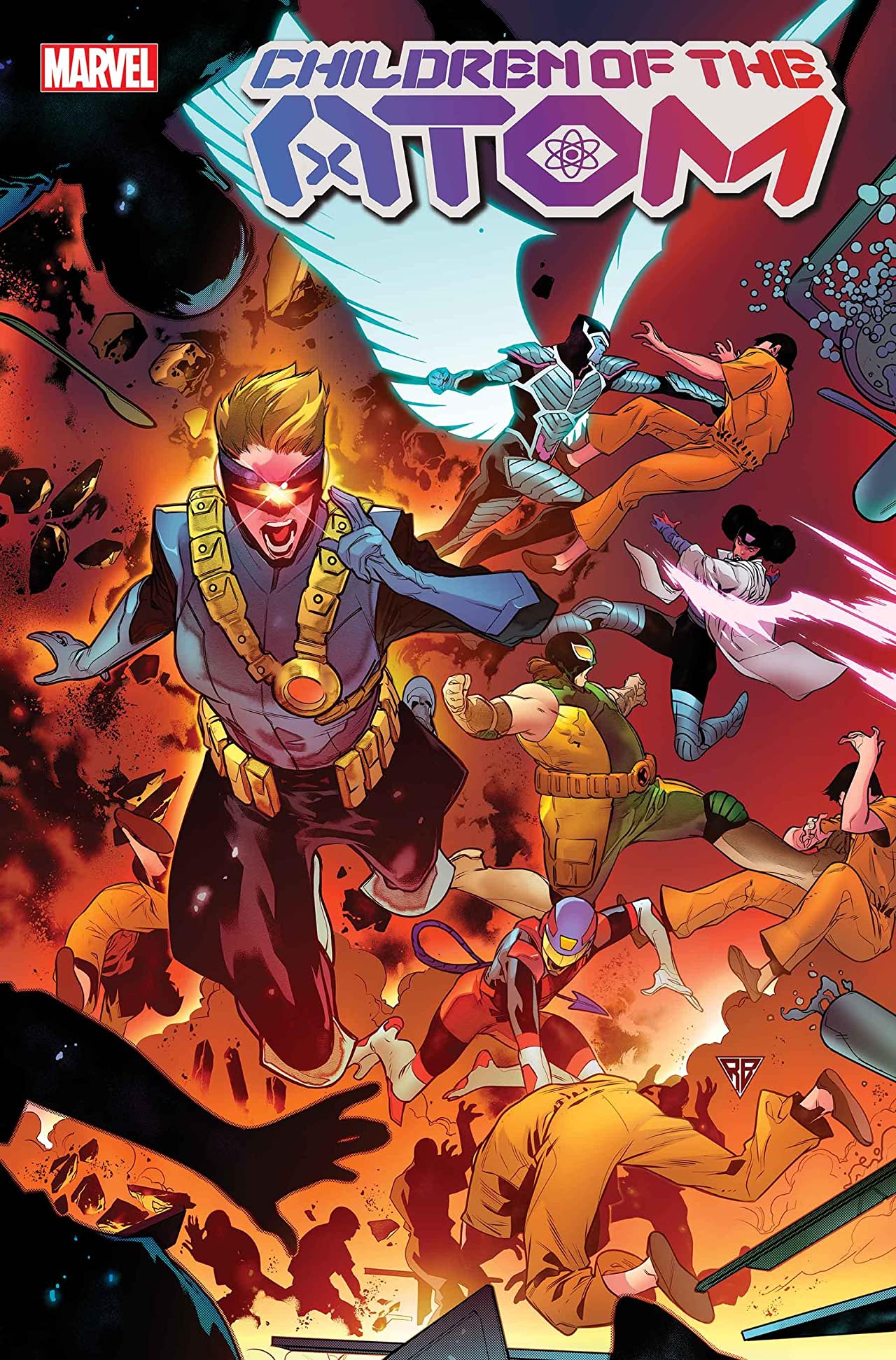 At first glance, Children of the Atom almost seems like a bizarre send-up wandering in the outskirts of Hickman’s X-verse. But when you look a little closer, you realize you’re seeing a Young Avengers-esque take on a fresh set of mutants and their life outside of the Mutant Mount Olympus that is Krakoa. Not only are we getting some new blood in the mutant community, but we’re also getting an idea of the social landscape in the human world as a result of Krakoa’s presence.

Issue #2 picks up with the Avengers catching wind of the X-Men’s young counterparts and their exploits. And they’re not as impressed as the Krakoans seem to be. The ensuing exchange between the Avengers and the mutants ends up being pretty telling as far as relations between the species. Ironically enough, because of the stir Krakoa is causing on the world stage, things are getting much harder for mutants that either can’t come “home” or are afraid to. It’s a tense situation between both peacekeeping entities reminiscent of the Avengers Vs. X-Men days. Also, we get a closer look at Cherub, the overachieving boy next door modeled closely after Angel. As much as I like this character, I have to admit I’d be a little more impressed with his characterization if he didn’t implicitly tell the audience more than once that he’s not just a stereotype. His interaction with friends and family throughout the comic does a pretty good job without writing out in bold comic sans font in the exposition.

And their rematch with their first real villains is pretty entertaining. They’re clearly outmatched and outclassed, but their ability to roll with the punches and learn on the go makes for a fun fight. Bernard Chang’s artwork here is a vast improvement from the first issue which felt unfinished and confusing in some panels. The facial expressions are much cleaner, and there’s a better sense of scale among the various characters. The action in particular is still a little frantic but also much easier to follow than Issue #1.

Bottom Line: This series didn’t make the best first impression, but Issue #2 definitely irons out some of the wrinkles visually as well as in the character development department. Probably worth revisiting a little longer.

7.5 Cyberpunk Visors Clearly Ordered From Wish out of 10

Enjoying Children of the Atom? Check out BNP’s other reviews here.