Do thine eyes deceive me?! Pretty sure we gettin’ transported back to 2003 where white tees were longer than Trump’s accusation list, the biggest influencer was Myspace Tom and Dipset was cooler than Migos could ever be! They make sure to remind us this that 2020 crack doe, wit the Grammy-winning J. Cole and 21 Savage track “A lot” bumpin’ in the background and I’m bangin’ with this trailer heavyyyyyy!!

Ok, so boom. Off the rip, they let us know Chris Rock is still eatin’ your favorite comedian’s lunch money as he tears his partner’s marriage hopes and dreams to shreds. Also, a man mentioning his wife in kids in a Saw movie? That man good as faded. I love how they go from “remember how great Chris Rock is?” to this new super-serious actor that apparently got him onto Fargo. Regardless of your perception of Rock’s actual acting skills, there no doubt he’s about to invigorate this franchise. Shieeeettt we Ski mask Chris Rock and Samuel L. Jackson droppin’ “motherfucker” lines and I feel LIFE!! This is easily the blackest Saw movie ever and has the capability of being the biggest horror movie with black leads, with all due respect to Get Out. 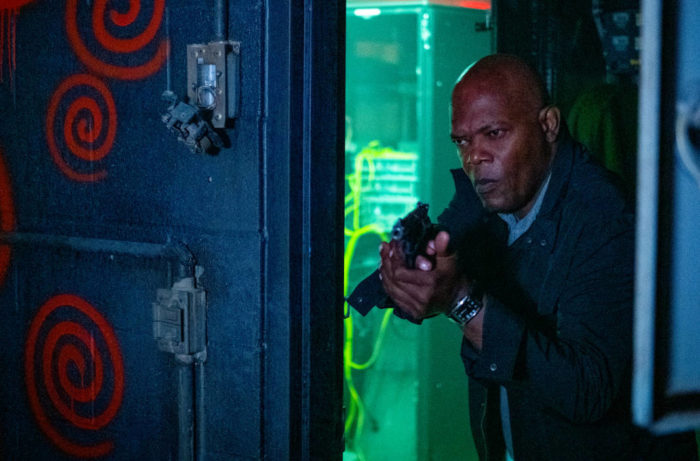 I don’t know what I’m more excited about; Chris Rock making his triumphant Hollywood return or the world diving back into this gore-filled mindfuck of a Saw universe. Keepin’ it a hunnit, I’m glad I don’t know which one I’m more excited for because both have their appeals and both have their flaws. Chris Rock is one of the greatest comedians of all time. Say what you want about the man. Say what you will about and the Madagascar, Pootie Tang, and Grown Ups actor. Nobody will ever take away one of the greatest crackhead performances of all time, in New Jack City. Bigger and Blacker was one of the best HBO comedy specials to ever happen and helped the develop the formula for made-for-tv-comedy-specials. Say what you want about Saw 2-7 (and eventual Jigsaw movie), I don’t think I’ve ever met someone who thought Saw 1 was trash. Plenty of people hated the movie but that was because they couldn’t handle watching severed limbs and self-inflicted pain, which I get. But most people thooooo?! Saw was that trapped with only one way out that shit! Outside of Titanic, Saw was the first movie where I spoke to people and one of their auto-replies was that they HAD to see it again. With the addition of Chris Rock and Samuel L. Jackson, it’s looking like their coming for your Facebook statuses and Twitter updates in 2020. Come May, we all find out if Spiral: From The Book of Saw will be the rejuvenation needed to put this franchise back on the lips of every water cooler convo.