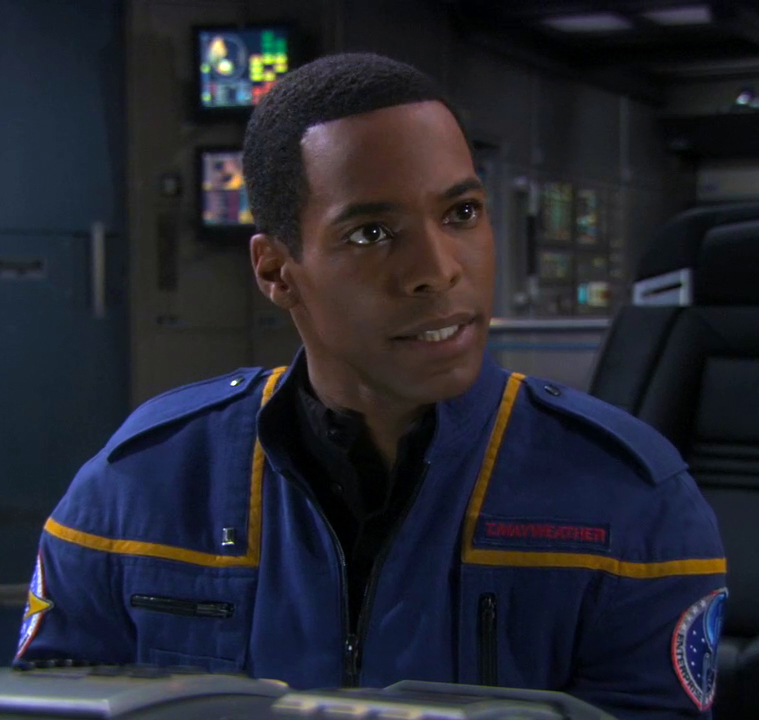 I don’t know how I did it, but over the course of the pandemic, I managed to watch the entirety of the Star Trek franchise. All of it. From Tribbles to Terok Nor. While I loved the voyage, there were obviously some things I didn’t love. That’ll happen when you watch more than 50 years’ worth of television and movies. But through some of the dated episodes, and questionable uniform choices, I think the thing that stood out to me most was how some characters were just never given the shine that they deserved.

Each show in the Star Trek universe has at least one character that is either criminally underused or neglected altogether. This is going to be an article about those characters and an attempt to give them their much-deserved flowers. Unfortunately, you’ll see a consistent trend amongst my choices.

You might be thinking: But Lt. Uhura was an integral part of the multicultural crew of the futuristic Starship Enterprise! How can you say she’s undervalued.

Yes, she was one half of the first interracial kiss on television and yes her mere presence on the show was extremely important for Black kids, especially girls, who tuned in to Star Trek each week. Her legacy is as strong as it is today as it was in the sixties. But they still could have done more with her character.

Lt. Uhura was a communications officer on the bridge who was responsible for helping translate alien languages and relaying and receiving messages on secure Starfleet channels. There are definitely moments where she helped save the day or solve a big problem, but her character never really grew much.

Yes, television was different back then. But hindsight is 20/20, baby. And I’m still complaining.

I’m also adding in the movies for this consideration. Out of all the original movies that continued the journey of the characters from The Original Series, Uhura is one of the only characters who didn’t really move up much in rank or role.

Uhura in the reboot movies has a lot more agency, but we ain’t talkin’ bout them.

Sulu would be on this list, but in the movies and Star Trek: Voyager, we were able to see that he eventually became the captain of his own ship, the USS Excelsior.

Nichelle Nichols has had her flowers for her role in Star Trek for a while, but it’s time Uhura did as well.

The Next Generation – Deanna Troi

Yes, Deanna Troi. She deserved more. Despite being a main cast member and a character with a plethora of episodes centered around her, she fell victim to a male-dominated writer’s room who didn’t really know how to or care to write female characters in a way that didn’t highlight their physical attributes.

Troi’s episodes were almost always centered around love. She wore a skintight leotard for ¾ of the show. And she didn’t have much agency not tied to a relationship until the show was almost over.

All of these failings and she was still a great character. But imagine what could have been. To me, the best version of Troi was the one who wore the official Starfleet uniform. It took about 6 seasons to get there, but once she put it on, everything changed. It was almost too little too late, though.

Her screen time in the movies took a back seat to Picard and Data, so we really weren’t able to see her growth until her guest appearances on Voyager. They were much appreciated, but it leaves you to wonder, what if we were able to see that transformation in real-time on The Next Generation?

This one was hard because DS9 is perfect. At least to me. Even though Quark gets on my damn nerves most of the time. But one of the reasons why I love DS9 so much is because of how well it treats its characters. I felt that out of all of the Star Trek shows, there was an equal balance between who got the shine. Everyone felt loved.

But it didn’t take long for me to realize that the one character that deserved better was Jadzia Dax. It’s not because she wasn’t fleshed out or that she didn’t grow or that she was hypersexualized. It was because she was meticulously taken care of and then ripped away from us in the prime of her time on the show.

The real reason that she left was because of a dispute between Dax actor Terry Farrell and the producers on the show. This resulted in Dax dying in the season 6 finale and being replaced by Ezri Dax in the season 7 premiere.

The writers did as good a job as they could to replace the character, and worked well within the mythology of the Trill species to explain how Ezri embodied Dax while being her own person. But it still stung.

Before Jadzia died, she married Worf, and we were really just beginning to see how complex their relationship could have been. I’m still mad we didn’t get more with them.

Voyager’s premise was really interesting. What happens when a Starfleet ship and a group of space rebels get stranded halfway across the galaxy and have to band together to make it home?

It was the perfect scenario to show us how a Starfleet captain would have to dig into the grey areas in order to survive, and the rules they might have to break to make it another day.

While Voyager didn’t always do it for me storywise, the cast and crew made up for it with their portrayals of the characters. But the one member of the crew who deserved better was Harry Kim.

Ensign Harry Kim had just graduated from the academy when he was assigned to Voyager. And on his first mission, he was stranded in the Delta Quadrant. I loved him as a character and he had a bunch of thought-provoking episodes centered around him, but they were never allowed him to grow much as a character.

In all the years in the Delta Quadrant, Harry remained an Ensign, while his buddy Tom Paris was demoted and reinstated. He also had a girlfriend who was waiting for him back home, but after a season or 2 he never mentions her again, and begins to simp over any new woman in sight.

Voyager was an attempt to capture the serialized magic of the original series, not relying heavily on a narrative arc, but it never quite committed to that. Most of the crew changed from the first season to the last. Harry did not.

A lot of people hate Enterprise. I thought I understood why before I watched the show but once I started watching, I thought it banged. Was it different? Yes, it detailed the earliest days of Starfleet. But was it Star Trek? I think it was.

Enterprise had a pretty likable crew, like every show before it. But there were two characters that received an egregious level of neglect for the entire series: Sato and Mayweather.

Sato joined the crew as an interpreter and linguistic specialist, and her job in the wild west of space exploration was to help build the bridge between languages and catalog them into the universal translator. Despite this being one of the most important jobs someone could have as humans began to explore space for the first time, her skillset is hardly ever utilized past the first season. And on top of that, I can count on one hand how many episodes are centered around her. It’s a shame because she could have been a really strong character.

Mayweather might be worse. Because he didn’t even have a super special skill. He was a fresh-faced flyboy straight out of the academy and he served as the Enterprise’s very first pilot. Yet we only get 2 episodes centered around him in the whole series.

His family had been space freighters for generations, which means he actually grew up on a ship. This made him really interesting as a character as he embodied a really unique perspective on the very space that Enterprise is now traversing for the first time, yet he is almost never given an opportunity to showcase this perspective.

It’s especially a shame because Sato and Mayweather were Enterprise’s sole characters of color. Again, it seems like a white male-dominated writer’s room let two potentially great characters fall through the cracks because they simply didn’t care enough to give them stories.

You could argue that Enterprise only had four seasons so there wasn’t enough time for them to get stories centered around them, but even with that argument, the ratio was still way off. Every other Trip Tucker episode could have been a Hoshi or Mayweather episode.

I thought a while about this one. Because I felt that Picard did a good job of balancing their characters’ arcs in the first season. I obviously wanted to see more from certain characters. But to me, it didn’t seem like anyone was being intentionally ignored.

That being said, one character that I would like to learn more about is Raffi. She had one of the most heartbreaking scenes in the first season when she met up with her son who didn’t want to have anything to do with her because of her checkered past as an absent parent. I want to see more about her fall from grace. And I definitely want to see more of her redemption as a flawed character trying to do good in the galaxy.

I love Star Trek: Discovery. I don’t care if you hate it. You’re wrong. It’s the most realized version of Gene Roddenberry’s vision of infinite diversity in infinite combinations.

Yes the Klingons look different and yes it is action heavy, but I still think its Star Trek through and through.

Discovery is a modern show which means that it has modern storytelling. Seasons are shorter and there’s virtually no filler. But that also means there’s only so much screen time to go around.

In shows past, the model was always that the entire bridge crew, or the senior staff, were the main cast of the show. And we’d shuffle through those character’s perspectives on a week to week basis. That isn’t the case for Discovery. Its got a handful of main characters, but not all of them are on the bridge.

The Bridge Crew gets screen time in every episode, though. And that’s what leaves me wanting more. They have lines here and there, even an occasional name drop. But we don’t really know them. Not enough to care about them like we would in shows past.

But as Discovery Season 3 nears its release, they’re slowly rectifying that. The arc of the season is still what drives the show, but they seem to be finding ways to include more of the bridge crew into the episodes so we can get glimpses into who they are behind the Starfleet uniform. I hope they continue this trend because it’s been my only Tribble-sized gripe with the show.

There are obviously other characters across all of the shows who deserved better, but these are the biggest ones for me. And yes, I’m aware that I didn’t talk about Lower Decks. But this article is already long enough. Maybe I’ll do them later.

In the meantime, I just want remind you that Benjamin Sisko is Star Trek’s best captain. And in the spirit of characters that deserve more, Sisko deserves a follow-up show more than Picard does. So give it to me. Please.