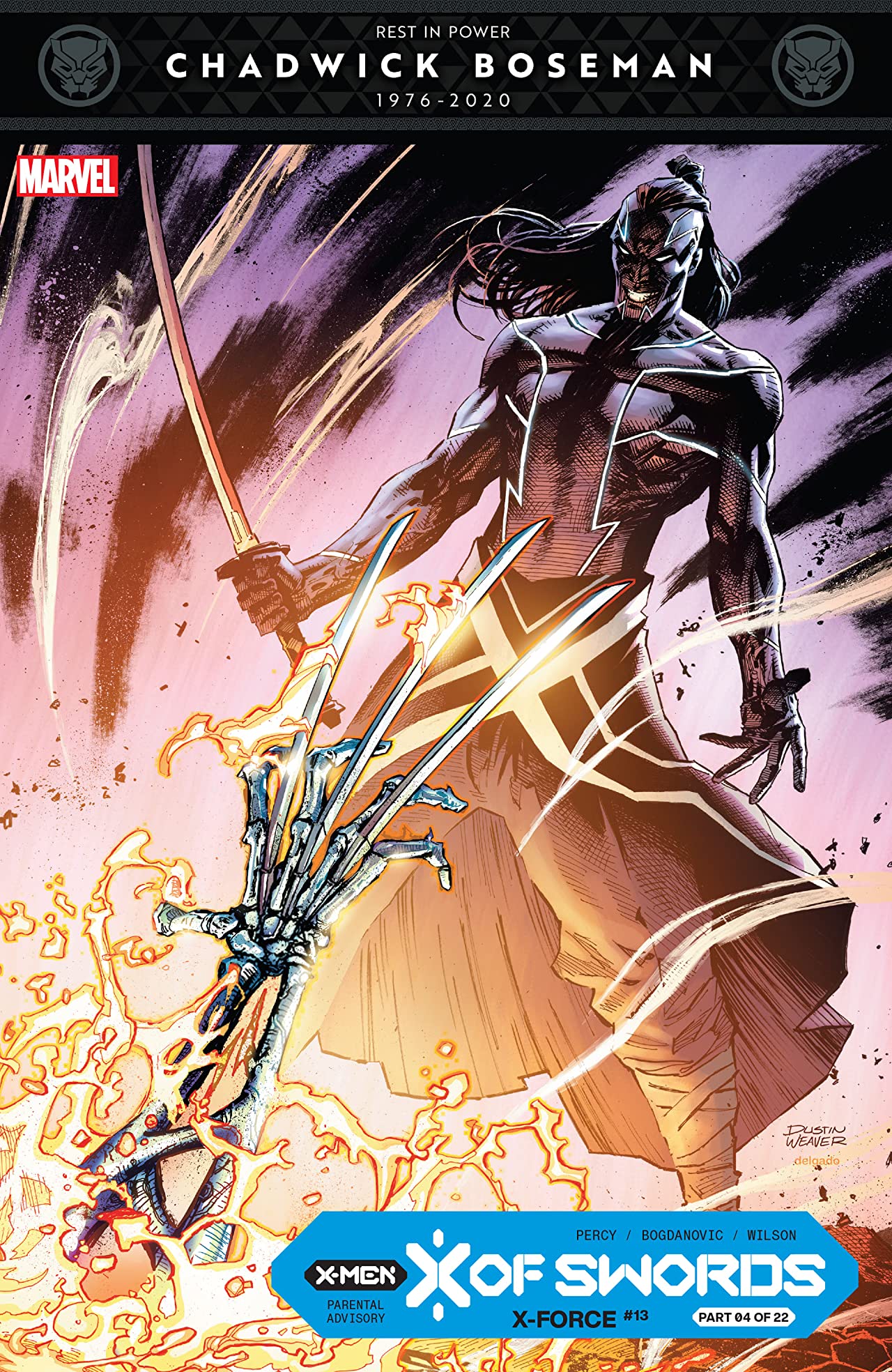 The “X of Swords” saga continues in this issue of X-Force that takes Wolverine on a quest to find a sword from his past that he’ll need for the coming battle to defend Arakko. The trouble is there’s an opponent from Otherworld on the hunt for it, too. And neither of them are happy about the place they have to go to get it.

This issue is such a direct continuation of Wolverine #6, it doesn’t really feel like an X-Force book at all. Having said that, as far as a direct follow up of that book goes, it’s pretty effective on a couple of levels.

For one thing, it expands on not only Logan’s mythos but on these strange mutants from the dark era of Arakko. It’s interesting that this other world brings about a nemesis for our hero that also makes for such an entertaining team up. I just wish his abilities weren’t also adamantium related. I realize that, at this point, it comes with the territory in Wolverine stories, but it feels a little repetitive for a character that seems charismatic enough with adamantium as a hook.

However, none of this stops Issue #13 from being a fast paced, action heavy team up that does a good job of setting the stage for an eventual showdown between “The Best There Is” and his new friend. Viktor Bogdanovic’s artwork is overall impressive, doing a great job of staying consistent with the aesthetic from Wolverine #6. The color palette is actually really fun and lively for a comic that takes place in Hell.

Bottom Line: Only a handful of installments in, it’s more than clear that the “X of Swords” saga is meant to be dense. So, it’s good that its diverging plotlines are so much fun like this one while still giving us everything we love about a good Wolverine story.

8.5 Hugh Jackman performances out of 10