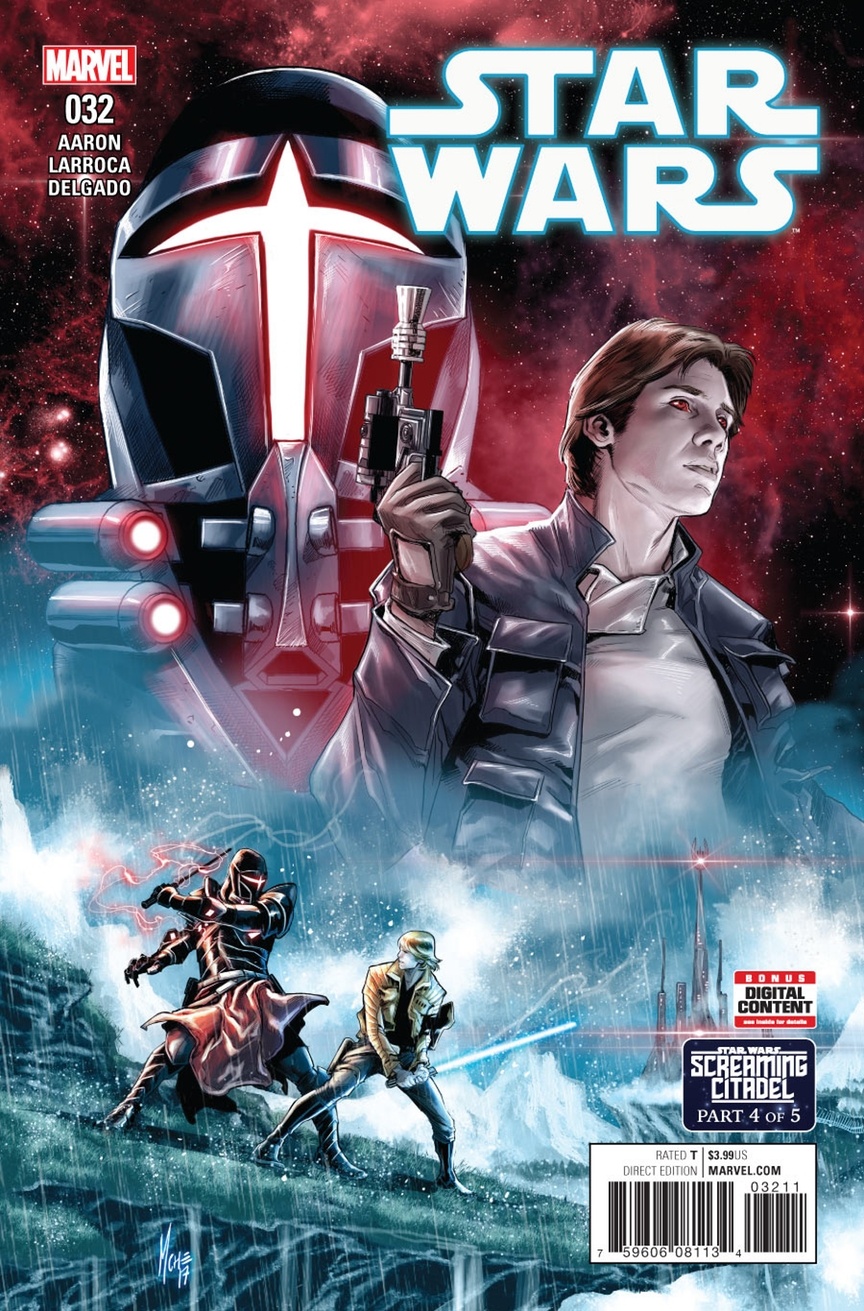 So, as much as I like Jason Aaron’s Star Wars book, this reviewer regrets to inform you that The Screaming Citadel mini series is still happening. For some reason. Don’t get me wrong… Dr. Aphra is a pretty fun character, but honestly, this story has exceeded its usefulness.

Issue #32 marks part 4 of this bizarre crossover event that doesn’t do a good job of easing in readers that haven’t picked up the other title this book is working in conjunction with. All of the things that Aaron does well are still there. The interactions between Aphra’s droids and Team Skywalker are hilarious. The action beats are all quick and witty with characters that keep everything fun. The problem is that this whole adventure doesn’t really strike me as epic enough to justify a five issue run. Honestly, Vader Down the whole story arc a while back about Princess Leia trapped in Rebel Jail was more compelling than this creepy queen and her mutant parasites. 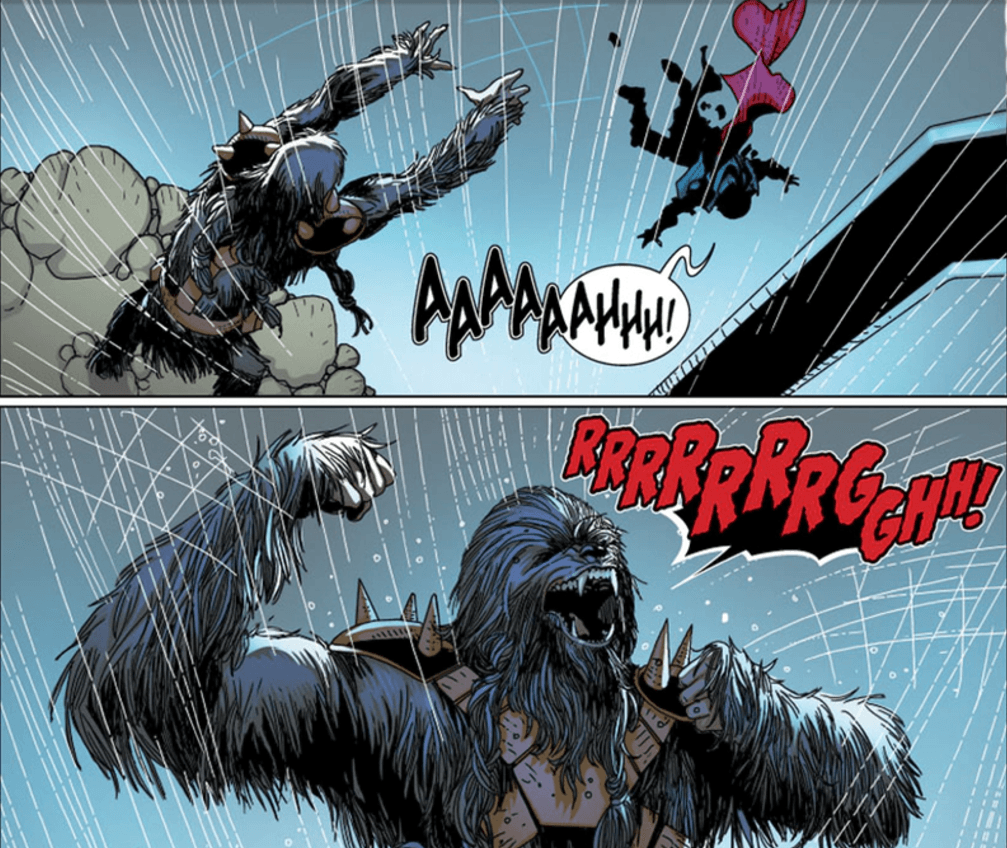 Salvador Larroca’s artwork has definitely improved in places since the last issue. There’s more attention to detail and Edgar Delgado’s inks definitely gel well with Larroca’s art style. There’s a great scene of Han Solo looking particularly creepy that should be a sort of Easter egg delight if you’ve ever seen Harrison Ford in Temple of Doom.

Bottom Line: Aaron has been very good to a storyline that really doesn’t deserve the fanfare that Marvel tried to sell. All the things that make a good Aaron book are all there so it’s not bad, per se. It’s just…why?