I didn’t realize this till recently, but post Trinity War and Forever Evil, Justice League has become one of my most anticipated books each month. Things were intriguing and interesting with Lex’s quest to recalibrate his public image and join the Justice League, but the “Amazo Virus” was a really enjoyable story arc that felt complete and course altering in its finish. Cue the Darkseid War which was hinted at back in Forever Evil as the Crime Syndicate wasn’t just coming to take over Earth. They were running from something. And it seems like that something might be here. 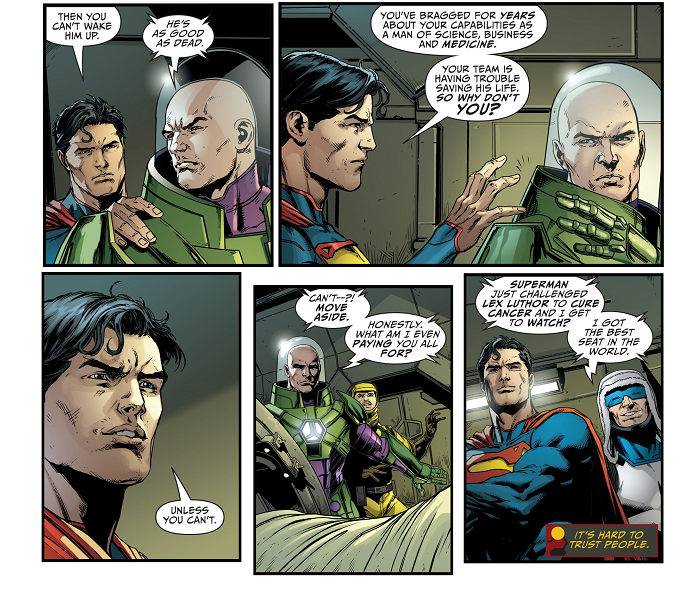 For this issue, there is actually strength in what is unknown. We know Scott Free is a good guy, but what exactly is he trying to do in finding the Justice League. Who is the mystery badass woman who is dismantling everybody? Where does the Anit-Monitor fit in with all of this? And of course, who is Myrina Black and why is she so important to both sides. Instead of a lot of upfront exposition, we are given action in spades, and Johns shows us WHAT everyone is capable of before showing us WHO they are. And somehow, the characterizations are allowed room to breath in this issue as well. The Superman / Lex dynamic has been one of the best to watch, as the all powerful Superman is powerless to indulging Lex and all the terrible things he “could” be doing. The small bits of intrigue with Wonder Woman and Steve or just Shazam seeing his first dead body really make this a full and balanced issue without feeling over stuffed. 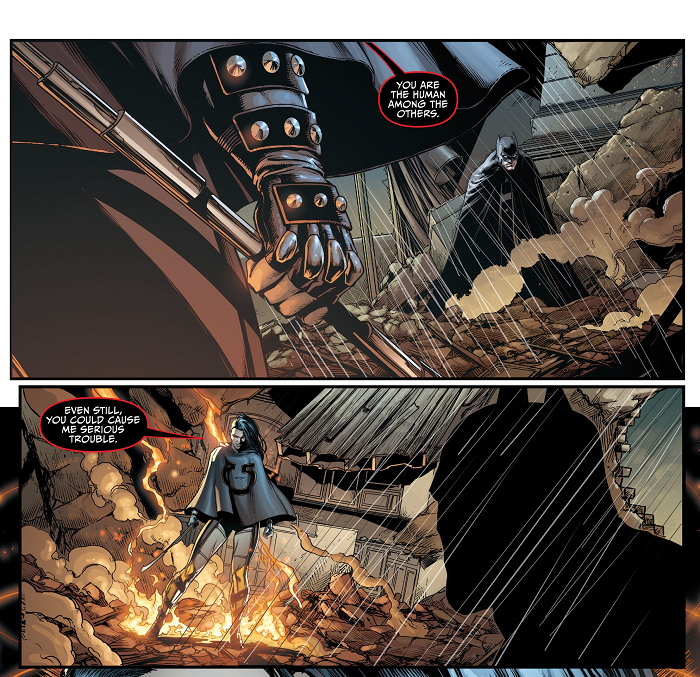 And of course Jason Fabok is outstanding. His pencils for many of the Justice League members tend to be my favorite being drawn today, but he always kills it with new or little used characters as well. The aforementioned woman who terrorizes the League through the middle of this book is incredibly drawn and terrifying. All in all, it makes this one of the week’s best books and just an exciting read.

If you were worried we would be treading the same ground with Darkseid, you couldn’t be more wrong as this was an outstanding first installment. This promises to be much bigger than I previously thought in its scope, bringing in a host of new characters to a familiar saga. But if it keeps the pace set in issue one, this could be one of Johns’ and Fabok’s best Justice League arcs.