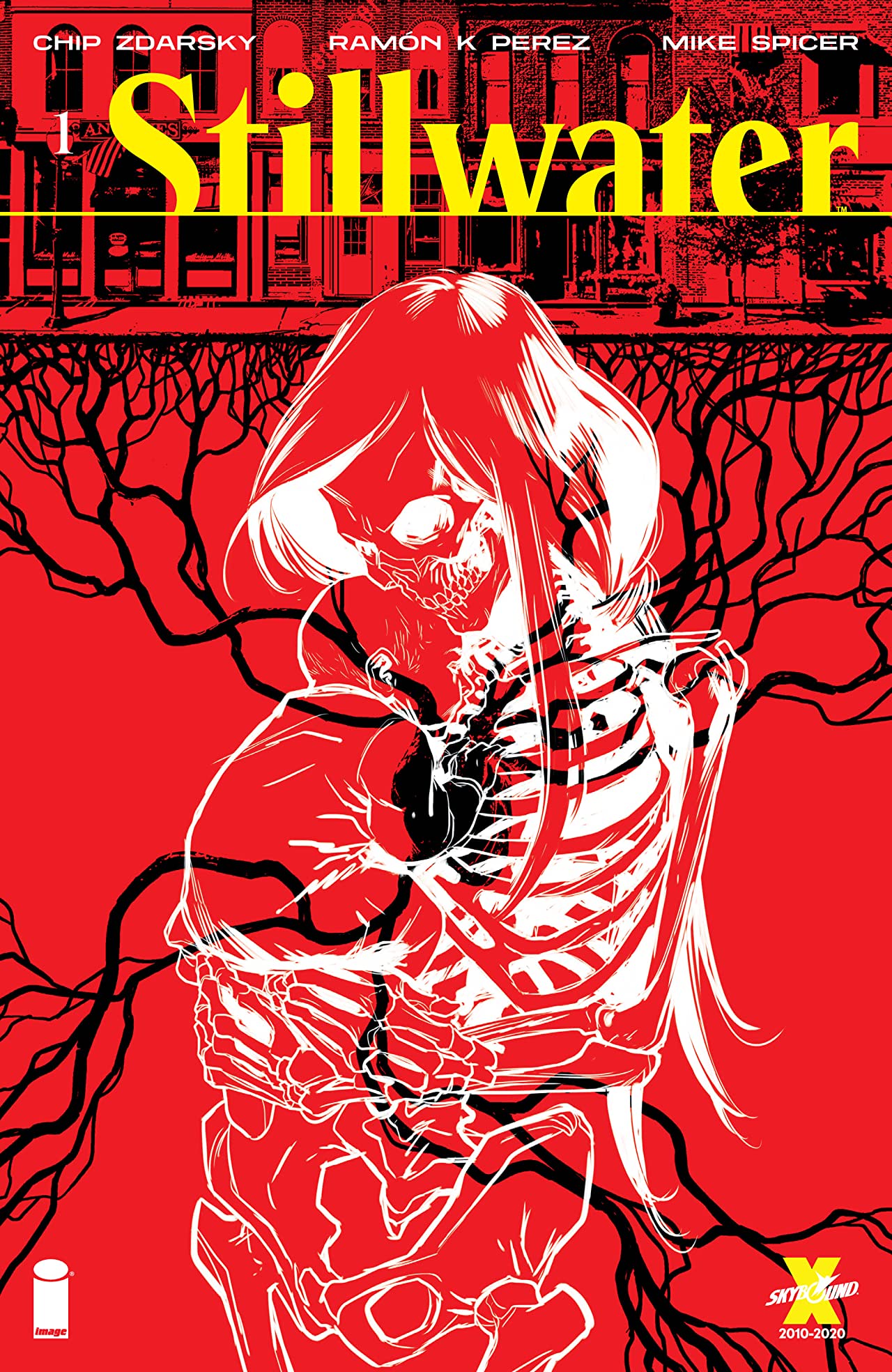 The opening of Stillwater #1 ultimately belies how weird the series actually manages to get by the end of the issue, which I suppose isn’t too surprising since this is Chip Zdarsky we’re talking about here. But even knowing the basic premise that there is a small town where no one dies, I was still very much shocked by the new horror series and how it interpreted the concept, although I will say that there were a few detours to get that fascination.

There is a familiarity in the opening pages where our protagonist Daniel gets called into his boss’s office to discuss an HR incident and we get the gist of his character: dedicated, diligent worker with a strong sense of honor but an equally hard head to match. Classic rogue journalist type (or rather journalist-adjacent type) since he was a designer for the magazine before he got fired. Thankfully, he can’t find time to sulk as he gets a mysterious invitation to the titular town where he discovers that not everything is as it seems.

However, it takes quite a while to actually get to Stillwater and to the crux of the actual premise, which mind you is plenty fascinating especially in its execution. Zdarsky has a good sense of pacing and dialog and Pérez’s artwork is a perfect tonal fit for the story. The problem is that the lede is buried under a little too much exposition and and it takes over half of the length of the issue to get to the meat and potatoes of the story.

As someone who is still in the process of discovering the horror genre in proper, I appreciate the atmosphere that Stillwater creates though and Pérez’s artwork has just that right amount of brutality and kick to drive how truly messed up the situation looks like to the outsider.

I personally feel like Zdarsky and Pérez took bit long of a detour to get the first chapter of Stillwater up and running, but the foundation of the story is definitely solid (if not cursed in some capacity), and I’m curious what will come next.