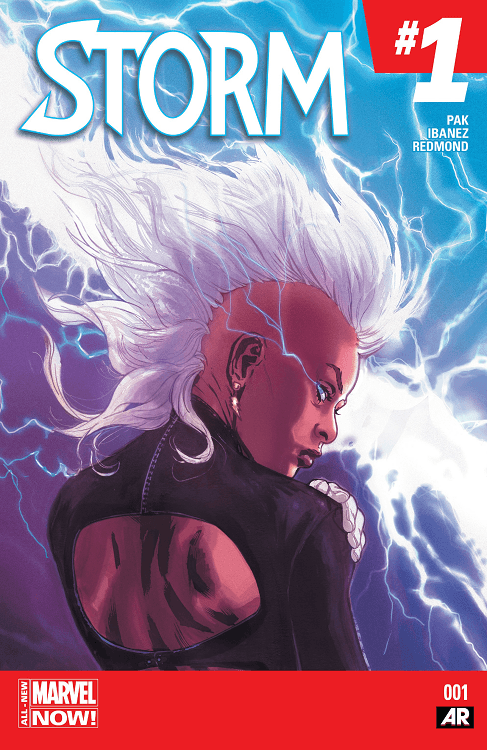 The way in which Wonder Woman has been viewed as an iconic symbol for feminism in pop culture, is akin to how Ororo Munroe aka Storm has been a symbol for strong and empowered women of color. You could probably make the argument that she has been that for all people of color in general, especially in comic books where her only rival in popularity from that demographic, ironically, is her former husband Black Panther. Whether it concerns her many forms through the comics, the bemoaning of her treatment in the movies (even from yours truly) or the controversial annulment of her marriage, there is a large investment in the community to protect the legacy of Storm as she is THAT beloved. Incidentally, with Pak writing her, it doesn’t seem she will need all that much protection.

From the very first pages, Pak addresses what many Storm fans have been frustrated about for years: that she has been shown as capable of so many things before and yet the many aspects of her personality aren’t always used. As this is the first (really, the first? Yes the first!) ongoing solo book for Storm, then perhaps its the best opportunity to revitalize the well rounded character that Storm is. Pak manages to show her power, her strength, her compassion, her stubbornness, her temper…all are on display in this first book without ever feeling forced or contrived in any way. This is a solid foundation built in the first issue and even though we don’t have a particular story moving forward out of this issue, it does allow the series to go anywhere.

Ibanez handles the art well in most places throughout the issue. Character models and the placement of panels give the book a rooted feel that befits the humanitarian side of Storm that seems to be the aim of the scripting. There were some spots where Storms facial expressions felt a little inconsistent with the rest of the book, but that’s really nitpicking at this point because both the writing and the art are really well done. The scenes with Creep / Marisol are especially done well in addition to the action segments that show off Storm’s power.

It has been a long time coming for Ororo to get her own continuous series and the first issue doesn’t disappoint in that. There are so many different ways this book can go and there’s no reason to think it won’t fulfill on its promise of showcasing one of comics’ favorite characters.