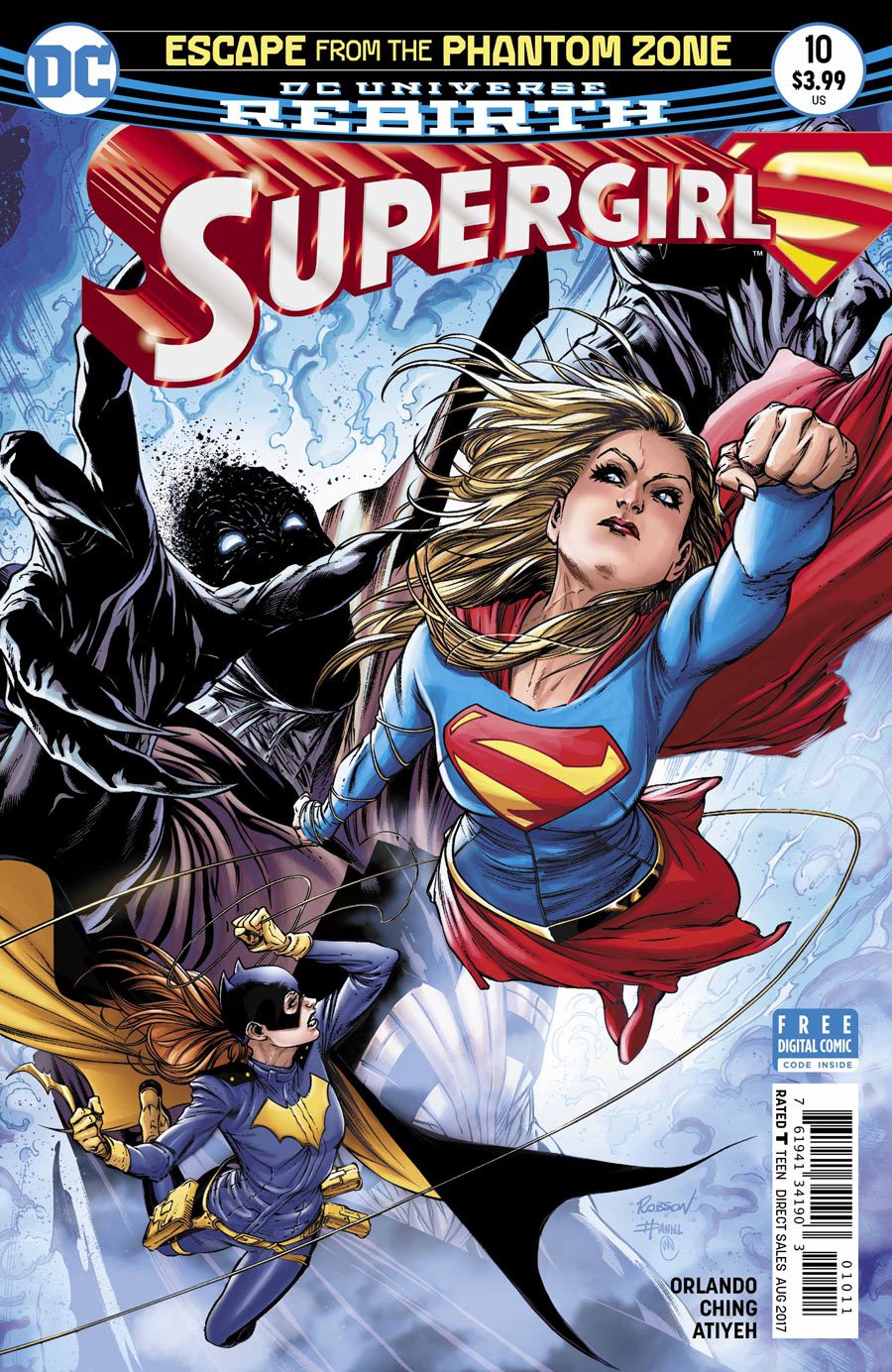 “Escape from the Phantom Zone” began with the potential for lifting this Supergirl run from where it’s been, which, to be frank, has not been a good place. So where is it now that the arc is taking form? Slightly better, for sure, so in that sense it’s the encouragement needed for readers to continue this series, yet the hope for a better tomorrow is still shaky given. As mentioned in the Supergirl #9 review there has been the need for a cohesive arc lately, and I would add a simple cohesive arc, one that would would match the lighthearted tone of a comic that frequently and unabashedly has panels of Kara winking.

And the opportunity is set up: a narrow band of characters are in a hopeless, scary place where they need to work together and survive. In Supergirl #10, “Escape from the Phantom Zone” uses that, but then jumps the shark, introducing a villain backstory, mystery, tie-ins from Batgirl Annual #1, and more, making the first half of this issue — the half before they get to the “narrow band of characters fight to survive” part — read like a chore. This issue’s exposition can be summed up as “too much, too fast,” made worse by the hope and opportunity that simplicity would bring.

Overall, Supergirl has not been a very enjoyable comic for many of us lately, and yet, just as this issue ends on a higher note that we should not believe to pay off, we press on. We hope. It’s what Kara would want us to do. And the cover art is fire.