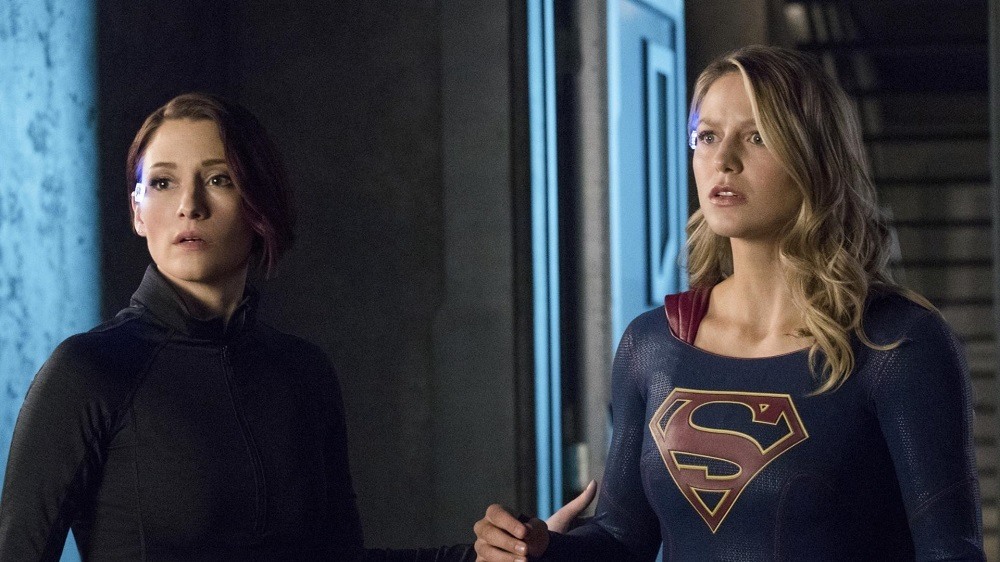 Supergirl has had it’s moments over it’s first 3 seasons, but this week we saw them take a step nobody could’ve predicted. To tell this tale, we gotta rewind back to last episode.

J’onn J’onzz AKA Martian Manhunter just began building a meaningful relationship with his father who had been imprisoned by those evil ass White Martians for 300 years. Tragically beautiful, right? Yea, unless you highlight the fact that J’onn gets his father back and immediately, he has to come to terms with the fact that his telepathic pops is suffering from za-alet AKA ‘the decay of memory’ or Martian Dementia. He’s slowly losing the man who has been attending hilarious karaoke nights and scheduling dinners to get to know his son and friends. We not here for the feels, we here to talk about that real. Last episode, we saw Myr’nn forget about his huge argument with Alex (Supergirl’s Earth sister) and a few more bits of info, which turned out to be child’s play compared to the bomb dropped this week. Early in the episode it’s explained that Myr’nn is playing Martian mind control games to try and keep his mind sharp, as well as practicing in the Martian ritual of Ta’ar-Kar’riq that moves information from the decaying parts of his mind to the healthy parts. J’onn has to explain that his father’s anger and psychic bleeds aggressively affected a Kalanorian that started destroying the alien-friendly bar in town. This was just the tip of the iceberg. Recognizing how immensely powerful his dad is, J’onn brings him to the DEO to protect the public. Little did he know that everyone in the building was about to get whammied something severe. J’onn realizes what happened and grabs the power dampening cuffs, despite his hesitation to strip Myr’nn of his mental freedom and dignity, which was literally the one thing that centuries on centuries of imprisonment COULD NEVER. Not to mention, Myr’nn’s stance of, “Don’t you dare tell your father what he is or isn’t able to do,”.

Sidebar: The bars that J’onn dropped explaining the much joked about Astrology was outstanding! “More like complex luminal and gravatic shifts that determine Kalanorian brain function, but sure. Astrology.”

The rest of the episode shows Myr’nn chanting Ta’ar-Kar’riq feverishly, until the whole Super team is at each others throats. Alien prisoners have escaped and Supergirl is bout to murder her ex. This scene right here was wild! The entire building begins shaking as Myr’nn loses it after seeing the escaped White Martian. It reminded me so much of the outstanding job Logan did of showing how insanely powerful Professor X could be. Myr’nn is literally collapsing under the weight of his instability and doesn’t succumb to the reality of the situation until J’onn mind-melds with his father and repeats some wise words from our titular character. The son becomes the father, the father becomes the son. It was extremely powerful stuff and something that can be applied to so many people who go through the dilemma of dementia as their parents grow older, but remain headstrong. Superb writing.