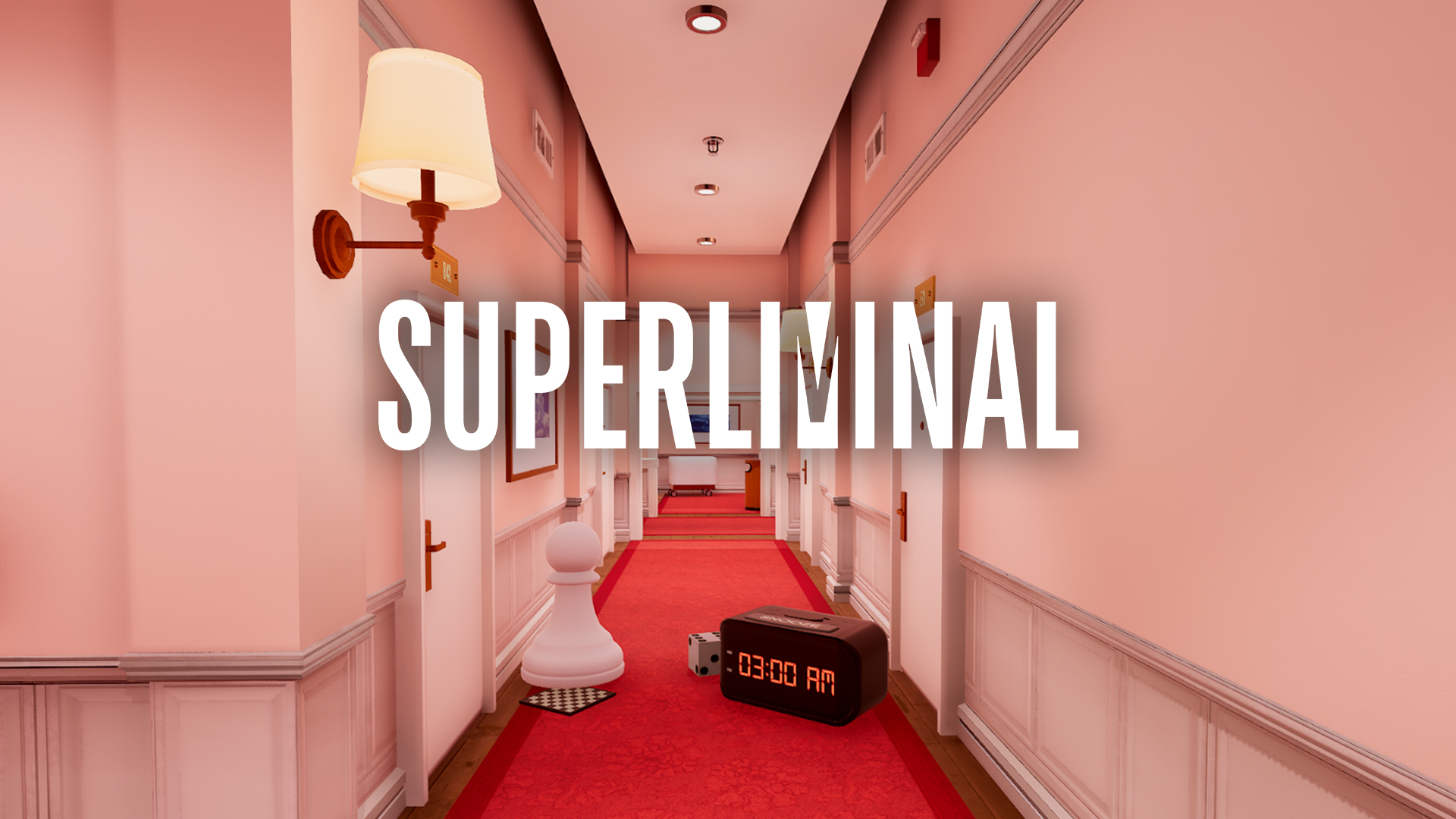 There really is something about being thrown in a gauntlet of test chambers armed only with some strange weapon or gimmick to get you out. I can only think of a few games that precisely scratched that itch for me, like the Portal series or Quantum Conundrum. So enter Superliminal, a dreamscape where perspective is your only tool, and you’re just falling from one dream to another. A trippy experience, to say the least, Superliminal is a short but sweet game whose premise is enough to keep players entertained.

Full disclaimer, there are going to be a lot of comparisons to the Portal series, specifically the first game. That’s because Superliminal’s narrative is very simplistic, reminiscent of the original Portal’s core focus on the puzzles. That’s not to say there isn’t a story. The premise of Superliminal sees players as a test subject in a sleep therapy study. After the initial orientation goes wrong, players are trapped in the dreamscape and have to use what they’ve learned to keep progressing and hopefully escape.

Once again, all really simple and played to comedic effect with lots of dry humor. Periodically, the player will hear from the test director, Dr. Glenn Pierce, and the test protocol itself. Both try to unsuccessfully walk you through making your way out of these dreams and waking you up. I like how Dr. Pierce’s messages are placed in stereo boxes that you have to find in the game, as well as his various, poor attempts at assuring you that everything is alright. It works in tandem with the oddball nature of the game’s setting and ultimately its take on dreams and how we perceive life.

Speaking of setting, the game’s atmosphere is very much ordinary. It’s filled with alphabet cubes, coffee mugs, chess pieces, and more. Combining these mundane objects with the game’s office like settings works so well with the game’s theme of perception. Seeing these everyday objects that we are used to twisted, enlarged, and used in ways you don’t expect is trippy and engaging. As the game goes on, it gets weirder and more experimental with places and things that we are more familiar with.

My one complaint is the game score, which is set to endless classical music. Even pausing the game just changes the background noise to … more classical music. I get what they were going for as studies have found that classical music is known to relax people and help them sleep. Once again, matching with the game’s overall theme. However, it’s like having a song stuck in your head. The game rarely tries to change it up (except for when you go out of bounds of the test area) and it can get real old real fast.

Now, the gameplay is what sets it apart from other titles in its genre. Superliminal doesn’t just play with perspective, it uses it to keep you guessing. Players can move objects around the test area, much like Portal, much like Quantum Conundrum. However, the game’s gimmick allows you to change the size of those objects depending on how you see them. If you move a wheel of cheese so that it looks like the size of the room you’re, it will become that very size. It’s all fascinating how the developers were able to make this work.

The idea of perspective doesn’t just stop there. From moving objects into background and foreground, to manipulating the very rooms you’re in, the puzzles are layered with perspective tricks that you have to manipulate to solve. The deeper you get into the game, the more unexpected it makes these mechanics, forcing players to think about how perspective works. What I like most, is that Superliminal encourages you to play with these mechanics as much as you can. They want you to see how it all works and explore ways to reach hidden areas and puzzles. I found myself lingering in areas just to see if there was more than there initially appeared to be.

Superliminal’s puzzles aren’t necessarily difficult. They all boil down to finding your way out of the room and onto the next one. I only found myself scratching my head with a few puzzles, but you can have the game over within less than a couple of hours. However, the puzzles were enjoyable enough that the experience and unpredictably more than made up for the relative ease with which you can cruise through the game.

Superliminal is proof that not all games need to be hours long to be enjoyable. It’s a unique concept despite being in the same vein as other first-person puzzle games (they all have an obsession with cubes). Sometimes all it takes is for a really good idea to be fleshed out to create something substantial. Either way, if you’re looking for that next puzzle game fix and for something that isn’t quite like anything else out right now, play Superliminal. There’s so much fun to be had as the game messes with your preconceived notions and will challenge how you see its world.