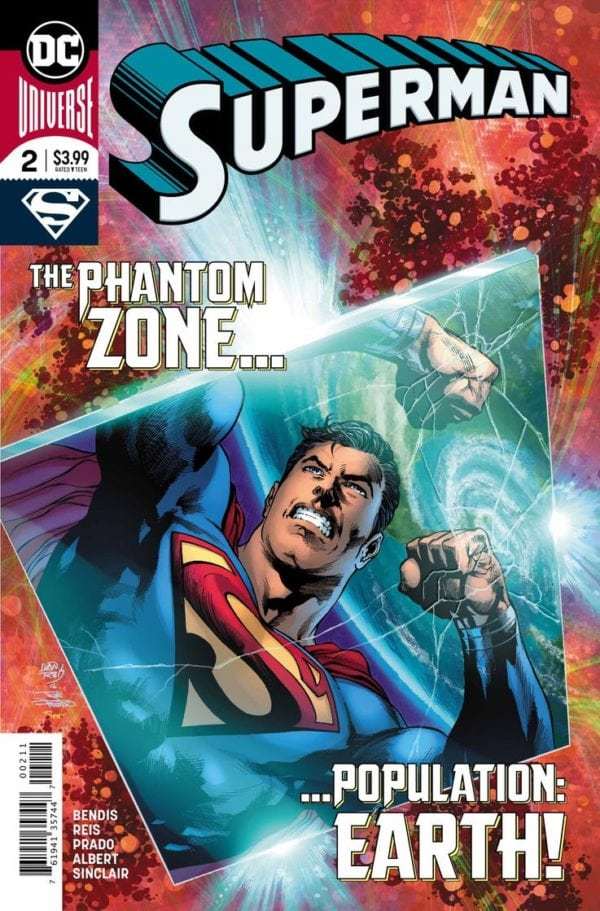 This week, the new era of the Big Blue Boy Scout continues to impress in Superman #2. The second installation of the “Unity Saga” is brought by the indomitable creative team led by Brian Michael Bendis and Ivan Reis. The story picks up where we ended: last time, the Earth was suddenly and inexplicably transported to the Phantom Zone. As one can expect, the Earth breaks down into chaos and demands Superman’s immediate action. He eventually connects with his reliable allies, the Justice League. The sheer scale of the threat is taking its toll on the team, however. One member, specifically, seems to be having difficulty. While the team does their best to uncover the cause of this disaster, another threat looms in the form of Rogol Zaar, the recently banished anti-Kryptonian troll. He sees his second shot at taking out Superman, and boy is he giddy.

This book continues to play to the strengths of this creative team. The narrative is carried by a verbose inner monologue of Superman’s as the book unfolds. Superman tells a story about what it is like to essentially be able to hear and see everything on Earth, and how that ties into the current global catastrophe. The bulk of the book switches attention to his team through Supe’s perspective. One absolutely disturbing line about Batman’s bowels was all sorts of unnecessary, and I am figuratively scarred for life.

I discussed this in some of the other recent Superman books. This character offers a unique opportunity to fit a lot of action into a couple minutes of monologue smoothly. Batman could have a solid couple of pages of monologue and inner turmoil in a few shots of him driving the Batmobile or jumping from rooftops. In contrast, Superman can be shown saving a shuttle in reentry or rescuing a helicopter before majestically observing the Earth from orbit — all the while, keeping the sense that a short time has gone by. This allows Ivan Reis the freedom to put together some impressive action scenes alongside Bendis’ prose. The choice to bring the Earth to the Phantom Zone made for dazzling pages of lightning and rocky debris, especially during an unexpected battle scene that exploded in the middle of the book.

The next book promises a lot of excitement in the form of multiple super-powered threats Clark’s going to have to deal with. I’m curious if the dialogue will be toned down to focus on the action, however, I get the feeling the balance will be striking.