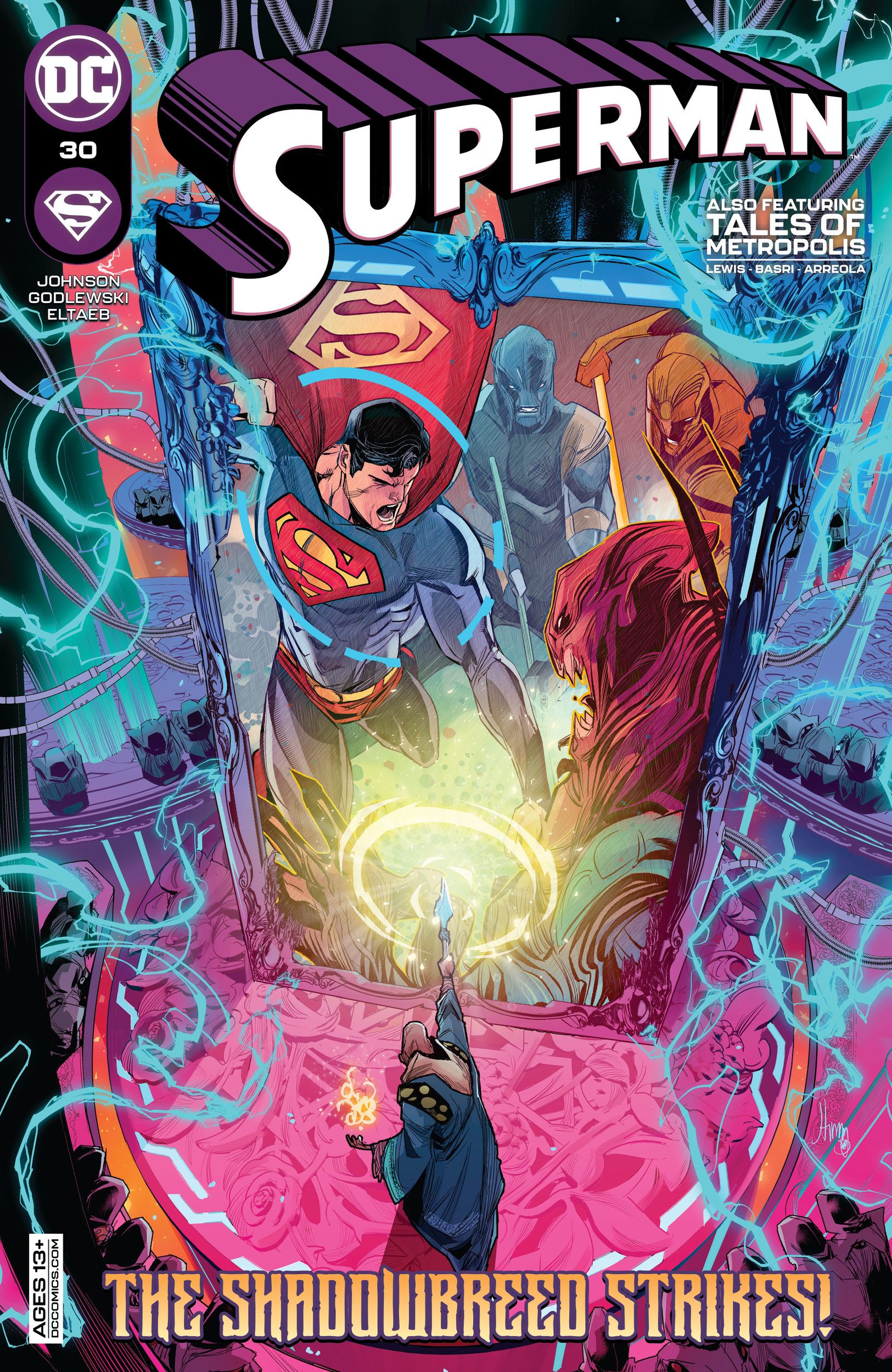 In Superman #30, Clark reminisces on one of the best days with his family in recent memory. That day was filled with some wholesome moments, as well as some one-on-one time with his super-powered son.

Just like the first two issues with this new creative team, the story is framed with a narration from a father speaking to his son. In issue 30, that father is Clark writing in a journal to Jon. It seems to come after Clark’s passing, as it’s written in a way that suggests that Jon would only be reading this if Clark wasn’t there anymore.

Either way, it serves as a strong foundation for this new arc, and only reinforces the bond that Clark has with his son.

The rest of the issue immerses the audience in the events of that day. It starts off with the Kent family playing mini-golf until Clark is called by an old friend, an alien named Qarath O Daanim, from the planet Thakkram. Clark and Jon go to investigate, only to find out that Qarath is dead. Now they need to figure out exactly what happened.

To my knowledge, and a quick google search, Thakkram is a new planet, meaning that Johnson is really getting in his bag and pulling out a developed alien race with varied complexities that make them feel like tangible people. That’s impressive. While reading, I thought that maybe Johnson pulled Clark’s past with these people from an obscure golden age Superman comic. But that doesn’t seem to be the case. Unless I just don’t know how google works.

One of the more interesting aspects of the Thakkram people is the way that they talk. Any given word can have multiple meanings, making it incredibly difficult to communicate with them. That only strengthens the mystery of what’s going on here.

On the flip side, Godlewski does a good job of bringing these characters to life on the page. They kind of look like upright horses. If horses were green and red and wore tribal clothing. Nonetheless, they feel like real people and that’s all that matters.

We’re three issues into this new run and no matter what the conflict is, wholesome familial bonds are at the center of the overarching story. I love that. And I think it’s perfect for a Superman story at this point in time.

8 Long Range Communicators out of 10