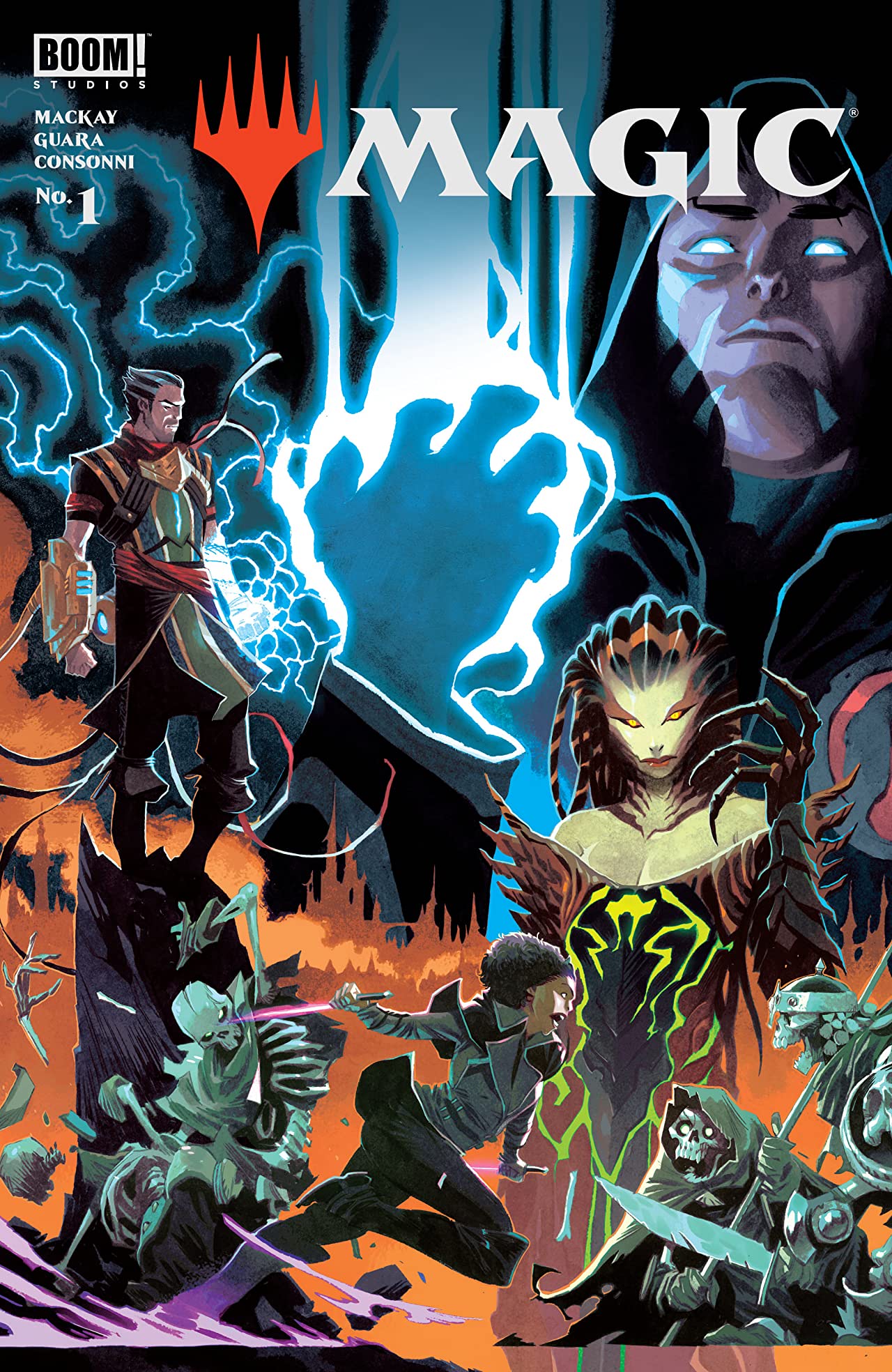 Magic: The Gathering is one of the most prolific, long-standing trade card games in the current era dating all the way back to its inception in 1993. My father purchased me my first Ice Age booster sometime in the mid 1990’s, and I started playing the game proper around 2002 with Odyssey, and to this date I still follow the game even if I don’t play.

And as someone who has a casual interest in the card mechanics and a semi-proactive interest in the extensive lore of the Planeswalkers in a post-Mending world, I am very much excited to see a Magic comic. We’ve come such a long way from the weekly lore Thursdays of yesterday.

Magic #1, brought to us by Jed MacKay and Ig Guara, starts off with some brief exposition before centering the story squarely in Ravnica, which is fitting given how popular the City of Guilds is with the fanbase (to the point where it has official Dungeons and Dragons collateral). Magic assumes you have no prior knowledge of the elaborate world, and MacKay does an excellent job of providing engagement narration and easing you into everything. If you have any familiarity with the narrative beats, a lot of this, the first couple pages are mostly recaps you don’t know, but I appreciate how MacKay layers the story before introducing us to the central cast consisting of various Planeswalkers.

The first issue alone introduces four central figures to the comic book page, and MacKay and Guara constantly rotate through to keep everything engaging. One panel we’re with the Ghost-Assassin Kaya and the next, we’re Ral Zarek the Stormheart, and then the next we’re with the gorgon Vraska. If you’re like me and know Ravnica’s inner workings well, you’ll absolutely adore Guara’s interpretation of the guild and city and if you don’t, you’ll appreciate how well Guara’s pencils and Arianna Consonni’s colors help place you within the world.

The narrative is fast paced, and the central mystery is set up well from the get go and MacKay’s sense of the characters is fantastic. It’s a fun jaunt through the multiverse that has a lot of potential and room for growth and is a great use of the comic’s medium to expand the ever-evolving world.

If you’re a fan of Magic: The Gathering, this should be an easy purchase. If you’re not, this is a good fantasy comic that may or may not engage you. I think my enjoyment stems from own deep-seated knowledge, but it’s a beautifully constructed book regardless.