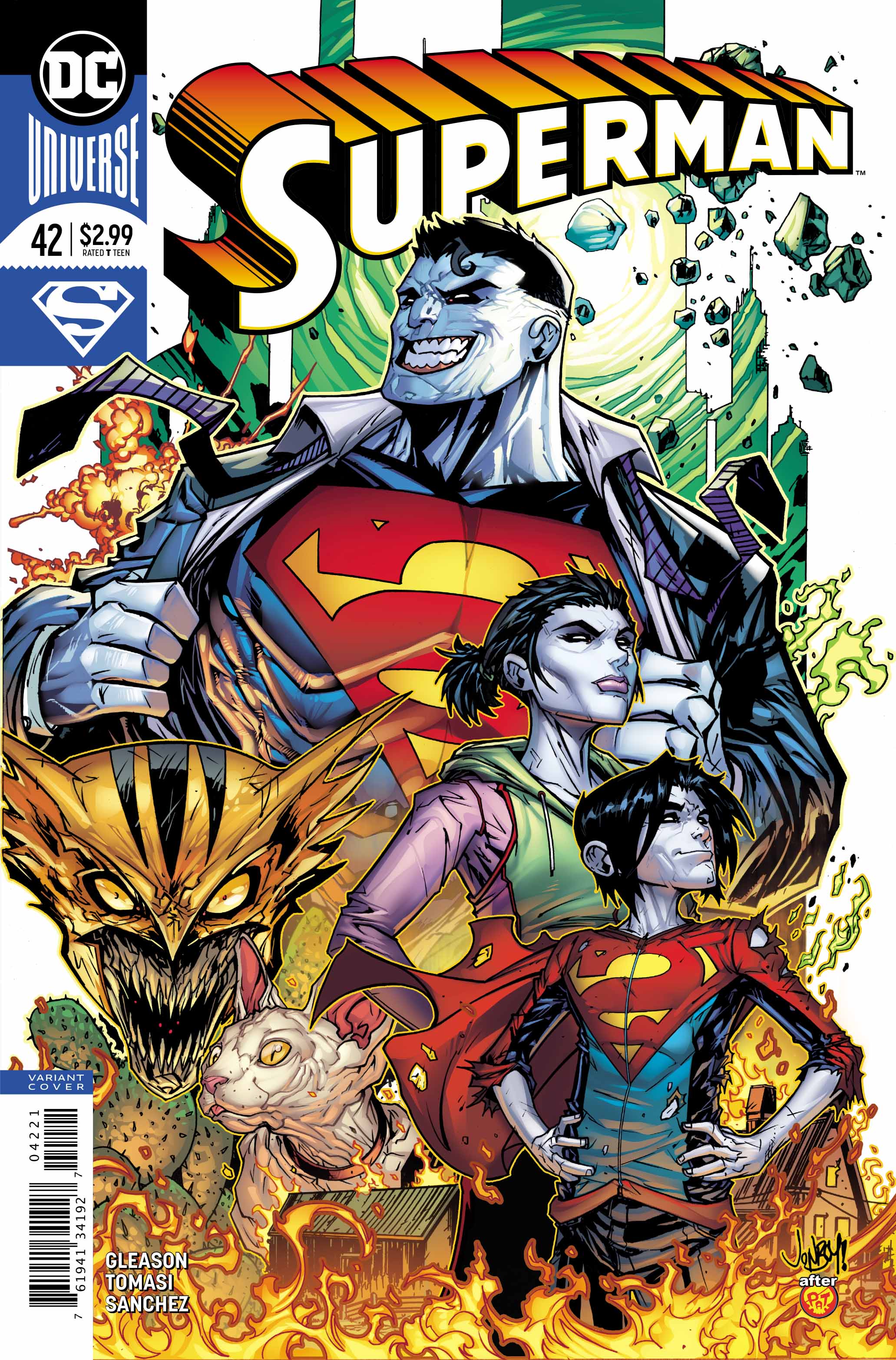 This is the first line for Gleason and Tomasi. It is a little prosaic way to start with a Bizarro babble arc. I happy to not see start.

What I meant to say, is that this is the last arc for Gleason and Tomasi. It is a very poetic way to end with a Bizarro storyline. I’m sad to see the end. But by that same virtue, I’m happy to have Gleason and Tomasi back in the driver’s seat, showing off how much they love and respect the Superfamily. I’m happy that the start of this arc is bringing everything full circle for an appropriate bookend.

Bizarro is one of the strange Superman nemeses because, in many ways, he has evolved beyond his straight villain roots. The opposite of a hero strangely is not a villain, but an anti-hero, and Bizarro in his modern incarnation is less a malevolent force and more a generically destructive one that is capable of things like attachment and basic emotions. This particular Bizarro comes from the Bizarro universe, where he has a Bizarro-Lois and Bizarro-Jon, with the signature pale white skin and dark features. Our story starts at the Bizarranch, 300 miles… somewhere outside of Mutropoliz, and we get to meet what I can only describe as Brooding-Emo-Bizarro-Jon who expectedly has the exact opposite relationship with his parental figures. 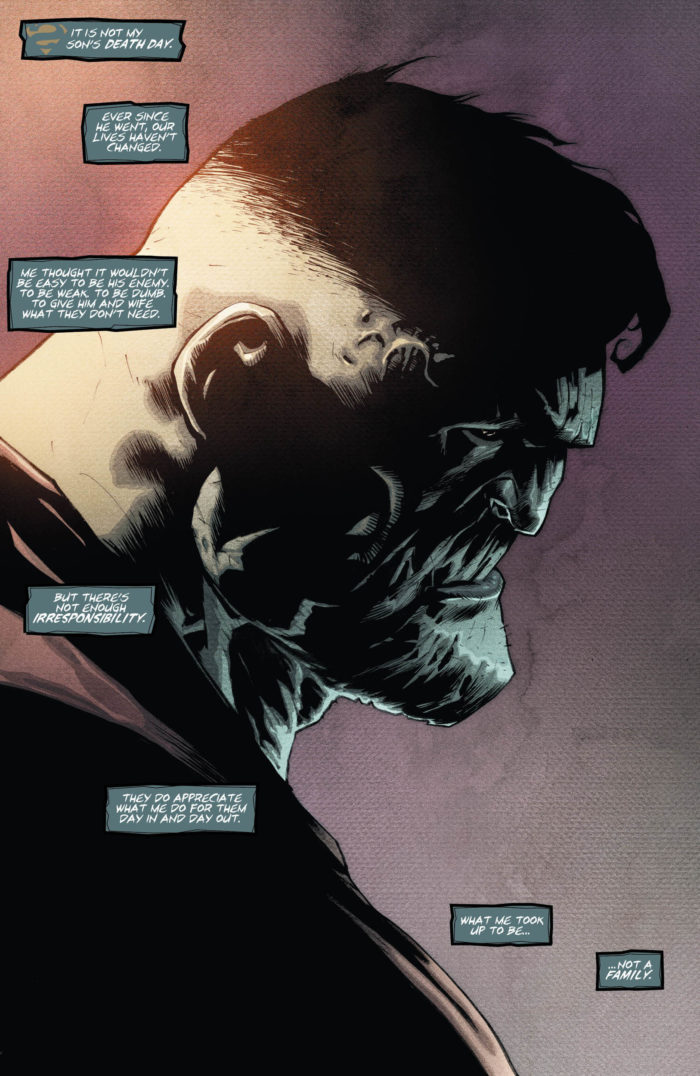 Through multiverse shenanigans, Brooding-Emo-Bizarro-Jon gets to meet with our Jon as well as a familiar face from Hamilton, Kathy. We then pivot to a day in the life of adolescent Jon Kent interacting with his parents. And by Rao, the reason I’ve devoured every Superman-related media Gleason and Tomasi have released over the last two years is because they have mastered the dynamic you’d expect the Kents to have. The journalistic parents being able to read Jon like an open book with the SparkNotes, and Jon’s reaction. It’s just joyful. It’s the epitome of what has made Superman so stellar since the start. And this Bizarro storyline is going to be fun.

10 “standards right-up” inside of 9
ahem

Sorry. Just some more Bizarro humor. The story got me in the mood.