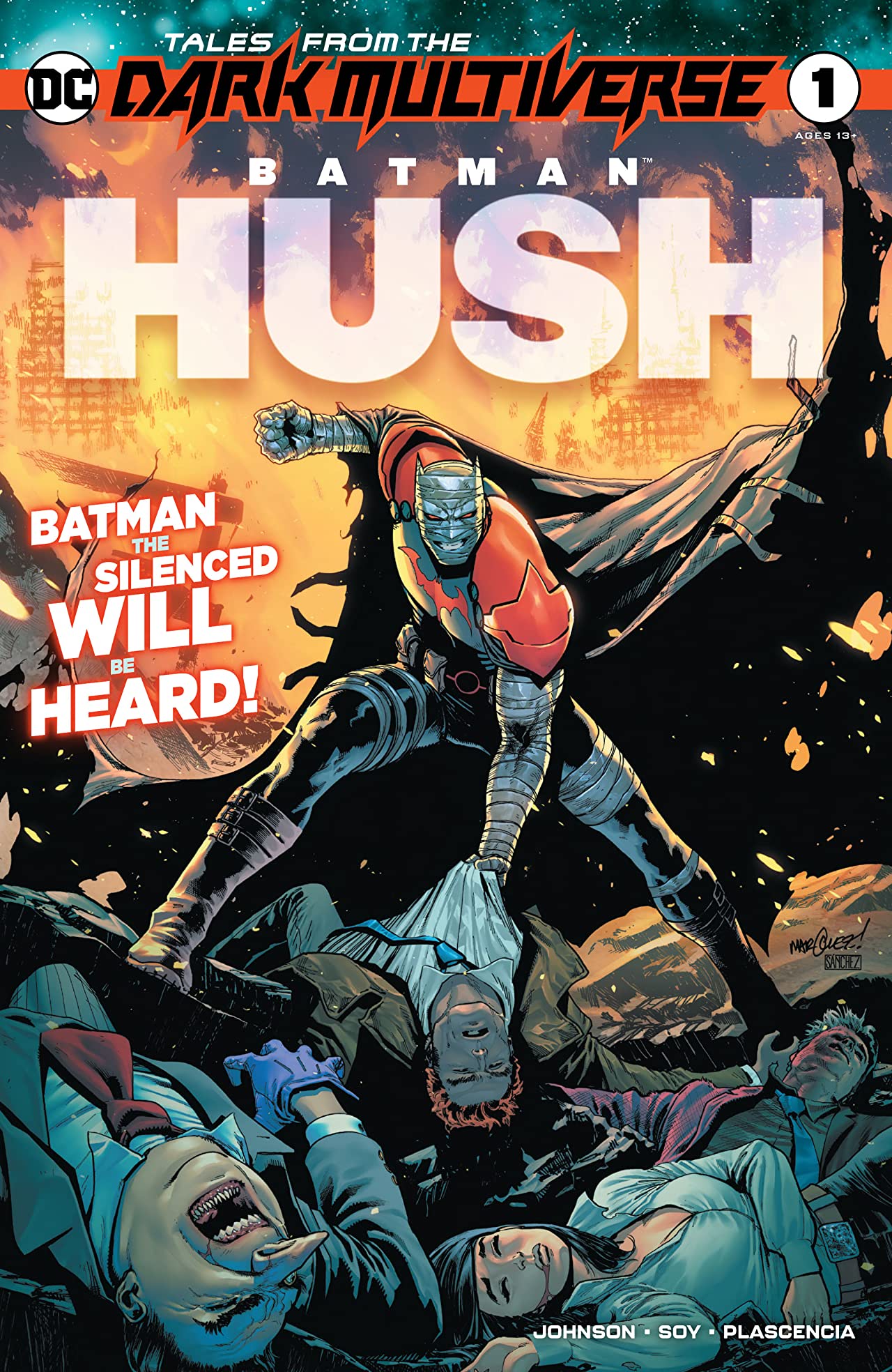 I can’t believe I’m saying this for like the fourth week in a row, but we’ve got another fire Metal tie-in that entertains as much as it frightens.

I’m a proud Batman hater. I say it with my chest, often. The Caped Crusader is cool, but he’s just…everywhere. The market is oversaturated and I’m usually looking for other things to read. Reasons why I wasn’t really looking forward to a Batman-centered comics event. But they’ve proven me wrong time and time again throughout this whole thing, and I am not afraid to admit it.

Tales From the Dark Multiverse felt like DC’s version of What If? It’s bookended by an omnipotent celestial being named Tempus Fuginaut who narrates the story for us.

It’s told in a pretty straightforward manner with some twists, turns and Easter eggs pointing to the original Hush storyline and some of Gotham’s favorite characters. In general, they were all really fun to see.

Even though Johnson tries to stretch out the mystery, it’s no surprise who this ‘Batman Hush’ is. But how he became this version of the Caped Crusader will shock you. Its dark themes are consistent with every twisted version of Batman we’ve come to know over the course of the Metal events. Maybe the way this issue was framed, longer than most (clocking in at a whopping fifty pages), with the emotion of it all. It just hit different. I was not expecting to feel this way after reading a one-shot tie-in to a universe-spanning ongoing event. Yet, here we are and I’m not mad at it.

The Batman Hush design was really dope. It kept the core aesthetic of both characters while creating something wholly new. The red bat logo was a great choice, as well as the bat ears on the bandaged face. This is easily one of my favorite hybrid designs in the entirety of Metal. It’s right up there with The Batman Who Laughs for me.

I’d love to see more Tales From The Dark Multiverse, and thankfully, we’re getting one more that focuses on the Flashpoint story. I’d like to read more even after this event ends, more stories from the general multiverse but on a regular basis. I know we get Elseworlds stories every now and again, but a monthly book would be nice.

Batman Hush haunts us all with another fantastic one-shot tie-in. It’s not necessary to read, but you’ll regret not reading it.