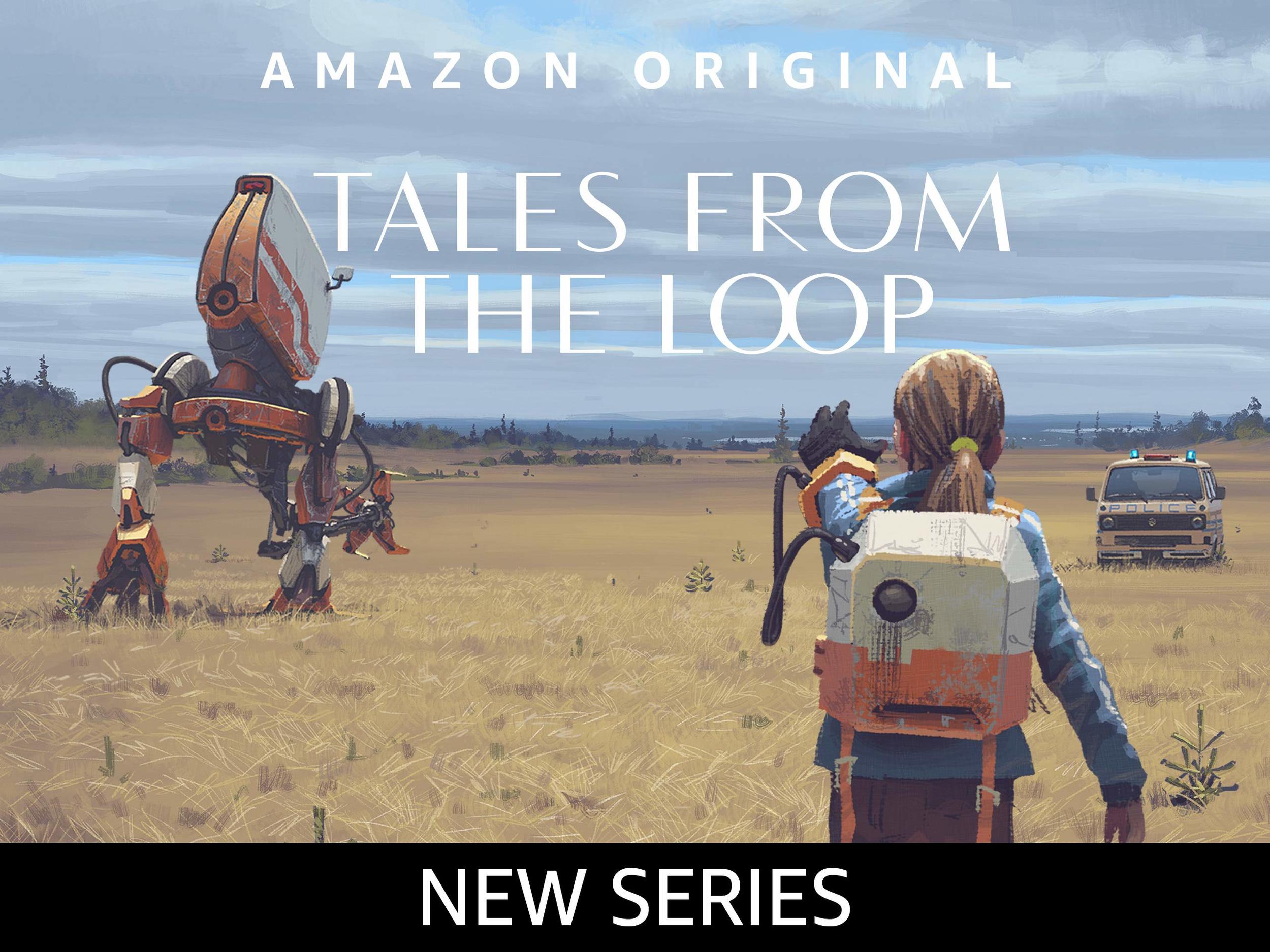 The best sci-fi stories are grounded in the human experience. It’s the tragic romances between lovestruck characters, moral quagmires faced by complex anti-heroes, and other explorations of the human condition that leave their mark. The robots, spaceships, and interstellar travel are just the conduits by which we explore the deeper aspects of human nature. In Tales from the Loop, Amazon’s 8-episode sci-fi series by creators Nathaniel Halpern (Legion, Outcast) and Matt Reeves (The Batman, Felicity), the interpersonal struggles of rural Americans are juxtaposed with a time-bending, reality warping phenomena that quietly influences their lives.

Based on Swedish artist Simon Stålenhag’s art book of the same name, Tales from the Loop takes place in a fictional Ohio town where a large round construct dubbed “The Loop” is being scientifically investigated by a team in an underground facility. A scientist named Loretta (Rebecca Hall) works at the Loop with her husband George (Paul Schneider) and her father-in-law (Jonathan Pryce) who runs the facility.

Each episode of Tales from the Loop focuses on an individual character for a self-contained story that simultaneously ties into overarching narratives in the show. There’s the girl who discovers a device that stops time and the devastation of her first heartbreak (Christin Park), the gay man in search of love across realities (Ato Essandoh), and the envious future townie who switches bodies with his best friend. It’s that last story that drives much of the show’s overarching narrative.

When Loretta’s introverted son Jakob (Daniel Zolghadri) and his best friend Danny (Tyler Barnhardt) discover a device that accidentally switches their bodies, their lives are changed in ways neither could have imagined. Though Jakob is initially apprehensive about Danny’s suggestion to live in each other’s bodies for a day, he eventually gives in. And why wouldn’t he? Jakob is a shy nerd who can’t talk to girls and is at least a head shorter than popular ladies’ man Danny. It’s not until he walks a mile in Danny’s shoes that Jakob learns how dysfunctional Danny’s blue collar family truly is or how few prospects he has for life after graduation.

When it’s time for the experiment to end, Danny decides he’d rather live Jakob’s life and refuses to return his body. Instead of telling his family who literally run the Loop and demanding Danny return his body, Jakob goes full beta male. He runs to the woods and attempts to switch bodies using the device by himself. However, it requires both parties to be present to work and leaves Jakob’s soul lost somewhere in the ether and Danny’s body comatose.

Danny chooses to fully commit to his deception and live as Jakob while his actual family crumbles thinking that their son lies brain dead in a hospital. Worse still is that for all of Danny’s deception, he ends up living the same hushed existence he so badly wanted to escape. His ability to live a vibrant life was never exclusively limited by his specific circumstance, but by his own lack of determination, intelligence, and self-confidence. Jakob was the only person who actually believed in Danny, and Danny robbed his best friend of his life for nothing.

Though Jakob and Danny’s story is the most detailed in the series, it doesn’t quite pay off in the end for two main reasons. The first is that when the truth is eventually revealed, there’s no bombastic moment of anger from Jakob’s family in even the most remote sense. Righteous anger is a real and valid emotion. When someone wrongs you or a loved one, it’s ok and even necessary to experience those emotions. But for a show that is all about exploring the human condition, Tales from the Loop skips over the anger part of the grieving process and skips straight to…forgiveness? Make it make sense!

The other issue is that despite her eldest son’s spirit being ripped from his body, town residents being flung through space/time, and the ravaging of her family, Loretta & Co. never shut down research into the Loop. The oversized construct has literally cost her and her family everything, and she’s still investigating it. This might have been easier to swallow had the series explored any angst around what to do with the Loop before deciding to continue research, but we never get to see that inner struggle. The season finale limps along until the credits roll as a result.

Despite it’s unsatisfying ending, Tales from the Loop is an otherwise near-perfect exploration of the human condition through the lens of science fiction. It’s more story driven than action-packed, but the emotional rawness of it is more than worth it. It’s definitely a must-see.

Tales from the Loop is currently streaming all episodes on Amazon Prime.