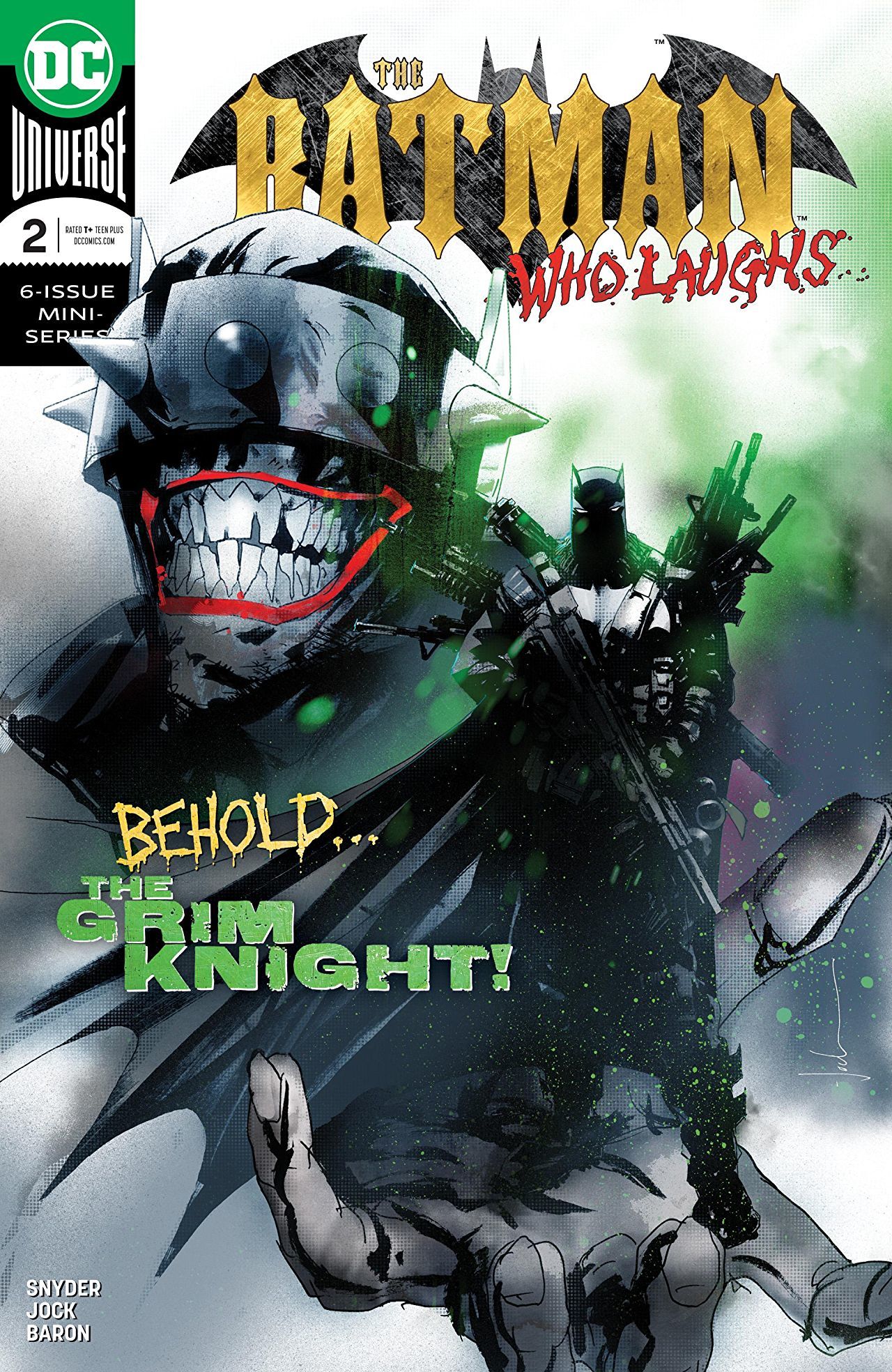 A reoccurring line in this book is that The Batman Who Laughs wins. He always wins. And if this is a story about him prevailing, then someone’s gotta lose. That someone is our Batman. This dude has had a pretty bad few hours, and the light at the end of the tunnel is dimming.

Issue #2 ramps up the intensity by throwing Bruce into an impossible situation. At the end of issue #1, Joker shot himself which released a puff of Joker Venom into the air. In issue #2, Bruce has got every strain of the antidote pumping into his veins as he tries to stave off the transformation, but it can only prolong it for so long. In the meantime, Bruce is visibly on edge. He’s doped up, and it’s taking its toll on him physically, mentally and emotionally. Jock does a fantastic job of using shadow techniques familiar with the character but in new and unique ways that convey his current predicament in a refreshing manner. Shots where Batman is shrouded in shadows replace the signature white eyes with drugged up bloodshot ones.

This issue was also effective in the sense that it confirmed a lot of assumptions about Laughs. He’s been built up to be this creepy psychopath, but other than his eerie look and unsettling dialogue, we haven’t actually seen him do much. But let me tell you: Everything you thought about this dude is true. He’s wit tha shits. This dude sliced up some Wayne Enterprises guards like butter. No! Not even butter! He so smooth with the knives it’s like he cut through bone and muscle like some spreadable margarine. The images of those flying bloody limbs won’t be leaving my mind any time soon. 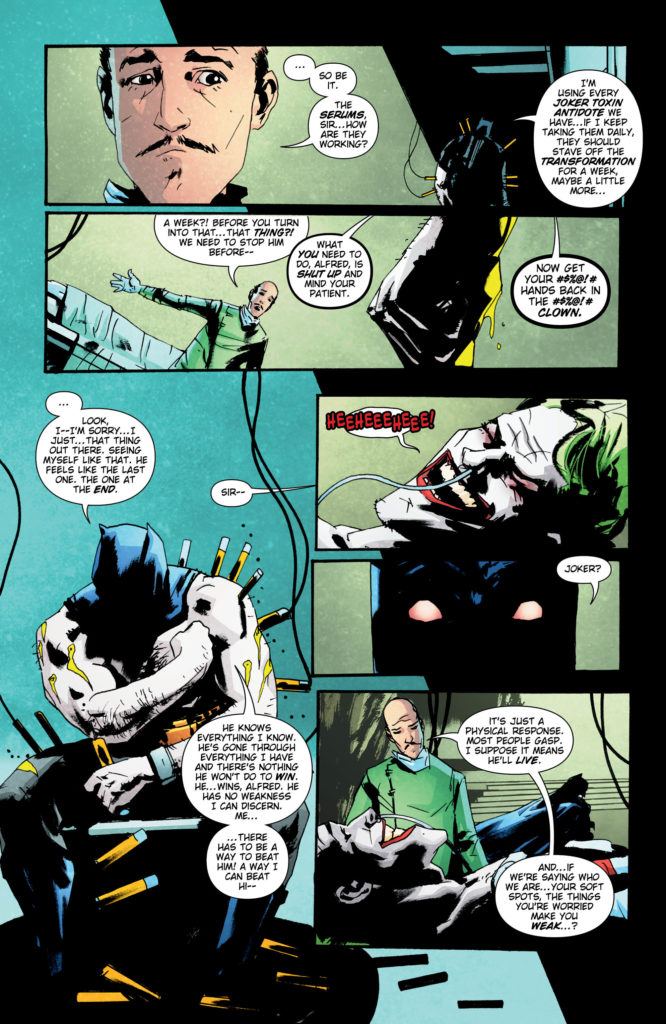 Amongst the visual treats we got this issue, Snyder continues to bless us with a slow burn puzzle of a story. It’s teeming with suspense that makes your stomach turn. It’s uncomfortable, but it’s supposed to be. For example, Laughs has a line in this issue that puts everything in perspective for Bruce and us. As he stands over a wounded Batman, he says “Out of every version of us across the universe, you’re the most miserable. The least accomplished. You don’t understand why yet, but you will. See to me, to us, you’re the nightmare Batman. The bad one.” If that doesn’t send chills down your spine, then you a sponge. The line is so brilliant because it really makes you think about the roles these two individuals are in. Our Batman is miserable, sure. But he’s the nightmare? The more you think about it, the more it might start to make sense. What’s also great about that line is that it conveys intent without revealing anything crucial about the mystery. We know how Laughs feels about Batman, and we know why. But we still don’t know what he’s trying to do about it, which keeps us coming back for more.

The Batman Who Laughs #2 will make you do anything but laugh. In fact, whatever time you read this will be the farthest you’ll be from laughter all day. Bruce is having a really bad time, and Jock and Snyder use every tool in the shed to put the audience in his shoes so we can not only see what Bats is going through, we but feel it too.