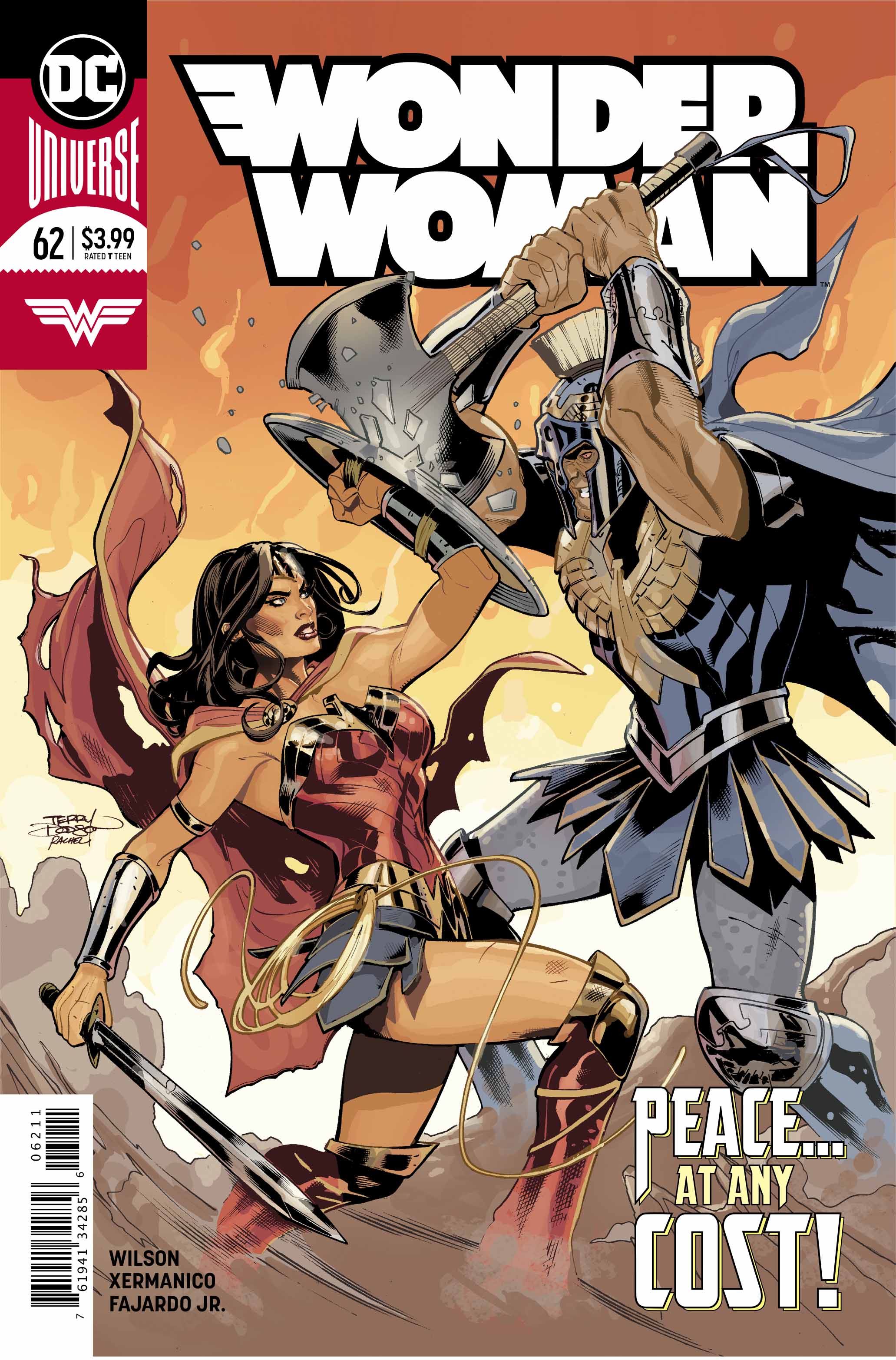 End of the arc!

Wonder Woman, Aphrodite, and Steve successfully get the Prime Minister of Durovnia to the old temple for the ceasefire talks. Well, almost. Because of course, Ares is standing in the way, all ready to keep this war kicking along. When you’re Ares, you go with what you’re good at.

A lot gets cleared up in this issue, as it should be in a Finale. The separatist Durovnians felt like the government had called in the U.S. (the side Wonder Woman is on), so they called in their Old Gods, which is why Ares is there. But what’s happened instead of the two sides of the Durovnians fighting, the Americans and the Old Gods have just stomped all over the regular people. They’re totes ready for a ceasefire, some new borders, the usual stuff. Except! Ares wants to keep fighting! 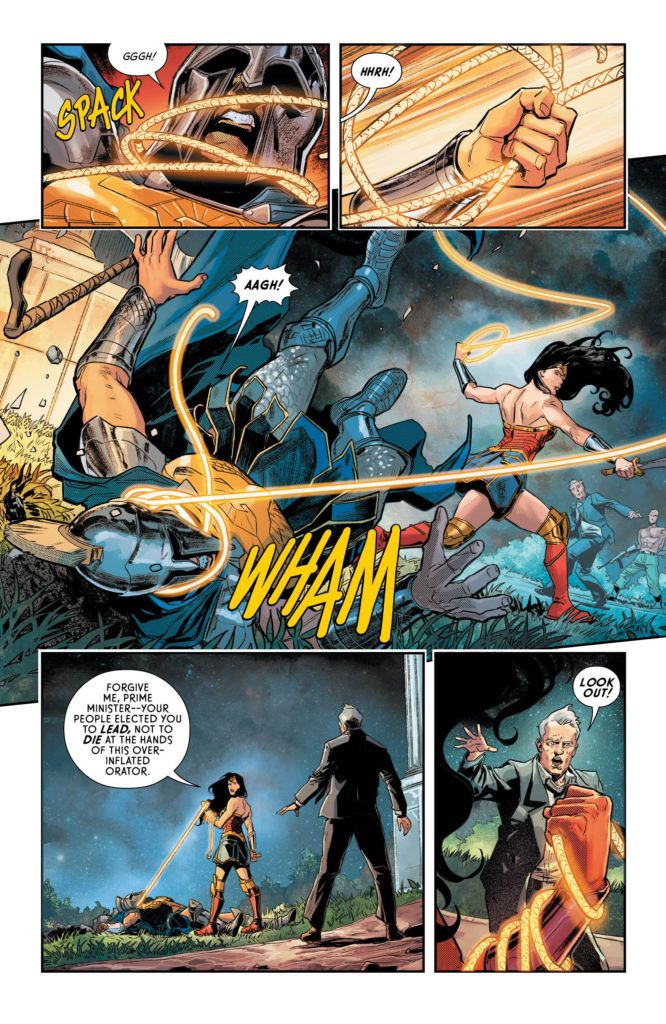 We’re treated to a good Amazon vs. Greek God brawl that is frankly over too soon. These two are evenly matched and each gets to show off a signature move. The art is solid, as it has been throughout the arc, and there are plenty of panels worthy of a Wonder Woman fansite. But just as it is all getting good, Aphrodite shows you why she’s there. She and Ares have history, which she leverages. As a climax to this story, it leaves me wanting, but as a set up to the bigger story — why Ares and Aphrodite are there at all and what’s happened to Mount Olympus — it makes sense.

In the end, there is plenty more thinking and talking about justice and other big ideas, all wrapping up with a terribly modern feeling: there is no end to War, there is only sometimes an end to fighting. As endings go, it is a solid landing, planting Wilson’s Wonder Woman squarely for take-off to her next adventure. Overall, reception for this arc has been lukewarm (not just me!). I’m hopeful, however, that now that the awkward start is complete, Wilson and team can really take Diana into new places and continue to build her legend. There’s a lot of promise in this team-up of Wilson and Wonder Woman that hasn’t yet been realized. Maybe next month! Always, in comics, there’s next month.

But… what happened to the Minotaur? Poor guy…

7 Pantheons of Greek Gods out of 10