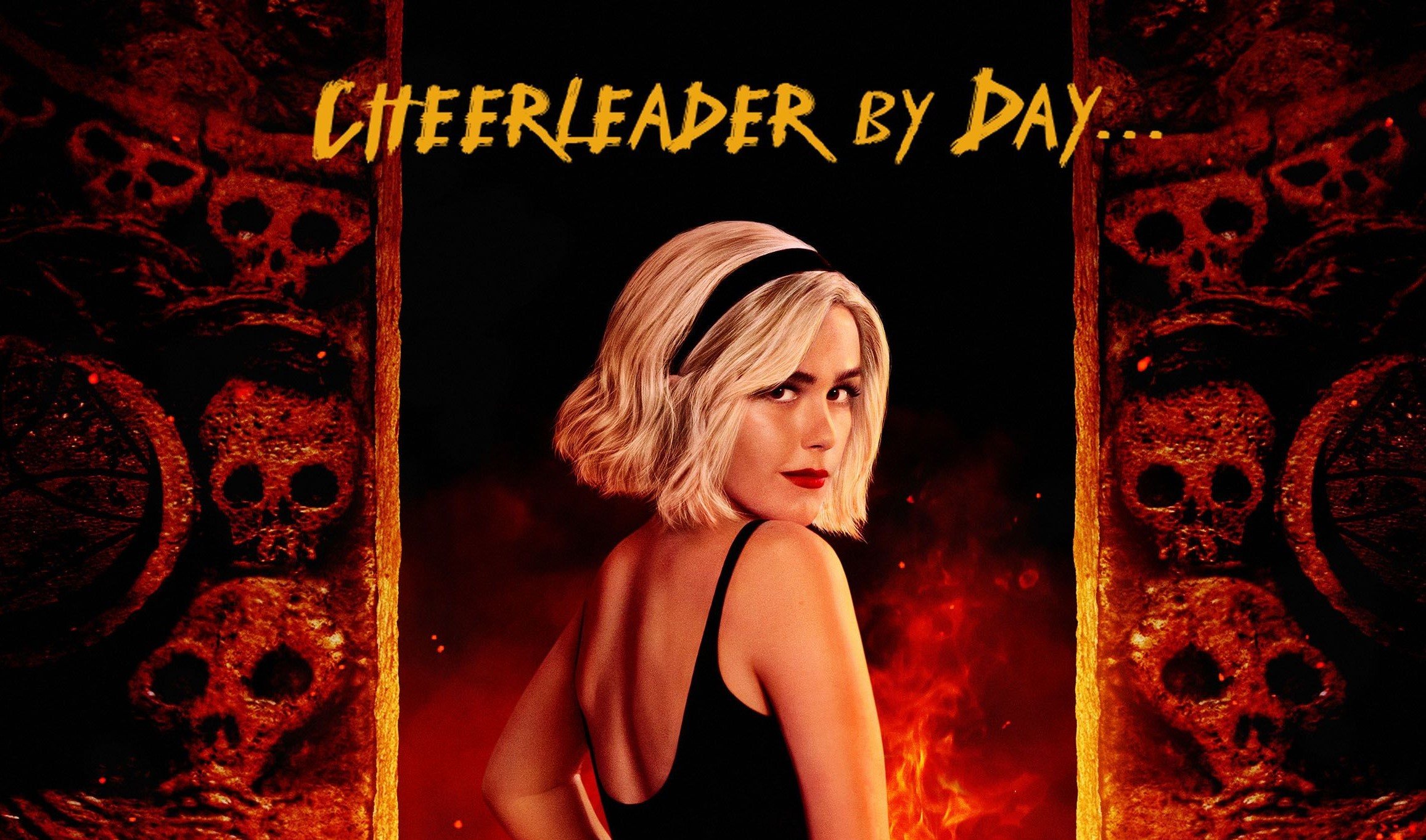 This season on Sabrina we are not left wanting, it is a high-speed teleportation chase for old relics, new lords to worship, and all types of different magical sects. Let’s just say magical diversity and inclusion are par for the course here. The show takes off running and just like the previous seasons, your efforts to resist the binge are useless against the Netflix autoplay. I’ll be sure to spare the spoilers as we go over this cosmic energy dance of The Chilling Adventures of Sabrina the Teenage Witch – Part Three.

We come back to Sabrina after the sacrifice of her boyfriend Nick, the banishment of the Dark Lord from Hell, and imprisonment in the flesh prison of Nick. We last saw Sabrina telling her friends, “lets go to hell and get my boyfriend back.” I’m like dang! Do we really love him like that? We going to hell and back? To be honest, I don’t think we love him that much, but I would love to see how this goes. In part three Sabrina is in rare form, not in the mysterious how is she levitating and wielding unimaginable power – but the I am the daughter of the devil and can do whatever I want Sabrina. Teenagers, am I right? No but for real, Sabrina is quick thinking on her feet and living by the big change takes big risks motto here. I appreciated the level to which she was willing to fail, but knew somehow she would win. Apparently, that’s a Spellman thing.

The dilemmas this season are ancient and intriguing, it was giving me such Merlin, Game of Thrones, Supernatural – and I mean the long running CW show vibes: several converging plot points moving at the speed of light or should I say darkness?… Looking back, it was a bit exhausting! When you watch the aftermath of the Church of Night’s dethroning of the Dark Lord the exhausting pace makes a lot of sense. You feel like you are a part of the coven and just want a break…or a nap. Not to say the season is daunting – not at all. The energy is high, the stakes are high, and the consequences… high. You’re watching like, well they’re not actually going to show that – or no they’ll off screen this – oh well they won’t actually go there – AND they do it all.

Not only do we have Sabrina in rare form, we get the best of our dear beloved Ambrose Spellman played again by the talented Chance Perdomo. If there is any reason to watch Sabrina, it is for Ambrose and everything he brings to the Spellman name: wit, intelligence, grace, a beautiful jaw line… 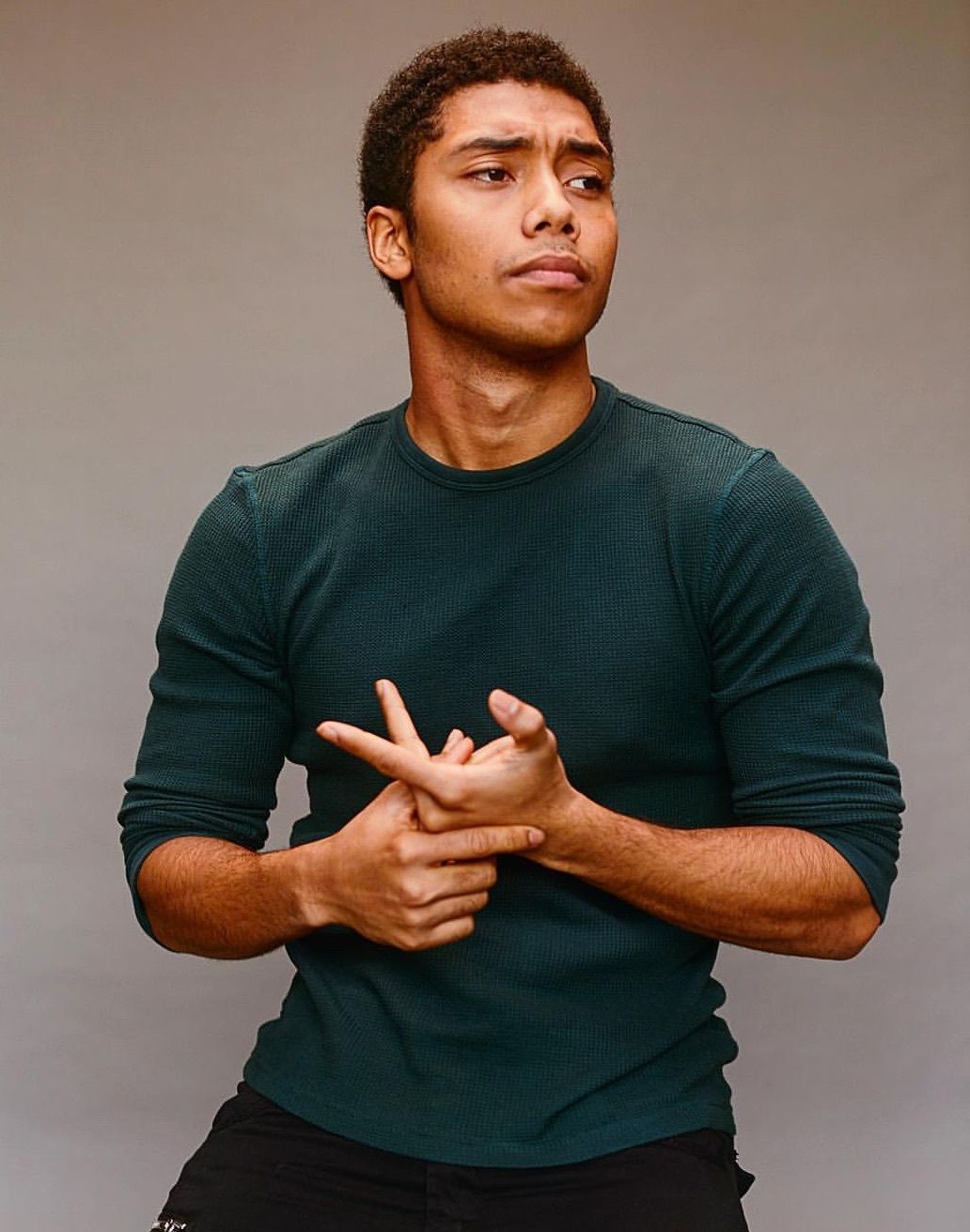 Perdomo’s delivery this season was doing the most to conjure an Emmy, it was melodramatic realness that I lived for. I have said it before and I’ll say it again, he is the force that pulls this show, and you just want to watch him do his damn thang at his prime.

Even more beautiful this season is the team up of our former antagonist character Prudence (Tati Gabrielle), the head of the weird sisters beside Ambrose on a hunt across the world. As we see in previous seasons, Prudence’s situation became entangled with father Blackwood with him being her, well… father. After his atrocities, he was defeated but escaped from Greendale. Thank Satan, because watching these two highly attractive melanated beings glistening in the sun with a rage for vengeance is all I could have wanted. Creator Oberto Aguirre-Sacasa is known for including queer narratives in their work, and the sexual fluidity overfloweth! Prudence is Hell bent (or is it Heaven bent?) on getting revenge on her father and is searching for him across the world with Ambrose as her guide and partner is every glorious way you can think. On this quest, we get the chance to explore new magic and exciting new brujas!

I, for one, love the new characters introduced. Several new storylines, witches and warlocks, new gods and the old were introduced – but one in particular turned this blerds head. Again, no spoilers, so I won’t go into specifics, but I was glad to see the exploration of Southern regional magic. At the same time, I could nit-pick and find the problematics as anyone could. The show takes it to a racially charged place that makes you give it an ill side eye and then resolves it in a way that makes you suck your teeth and say…ok that’s enough of a save for me. They deal with uppity white lady instincts from Aunty and handle it interestingly. At times, it looked a lot like black people being at the service of white people, and that sucked – but without giving much away, they take you in, around, and through a lot of problematic moments then back out another end that serves the story in a way that gives you the eventual level of POC satisfaction to get by on.

You Can Just Go To Heaven!

The teenage trials and tribulations were abound. We can’t forget about Sabrina’s mortal side and mortal life, which to be honest is easy to overlook when she can resurrect the dead and call Satan Dad. I feel like the evolution of Sabrina’s friends is fast and furious, shall I say – Too Fast Too Furious? In previous seasons, the quirky three spent their time trying to uncover the mysterious underbelly of Greendale and the untold backstories of their familial legacies. The distrust of Sabrina and teenage drama was the crux of their characters. This season caution is thrown to the wind and they literally have pitch-forks and bats by their doors so when Sabrina comes calling they run to the Mystery Machine to stomp out demons – no questions asked. For real, you should drink every time Sabrina interrupts their extra-curricular activities to ask them to come to some nether realm or destroy some hellish being.

The ever-clever element of The Chilling Adventures of Sabrina is the…teenage part of her witch. Unlike the show’s perceived counterpart Riverdale, Sabrina is not riddled with teenage angst in order to illustrate the teenage experience for these characters. The show effortlessly brings in teenage problems and seamlessly blends them with actual life and death situations. You know, Sabrina just wants to hang with her friends sometimes, and to do that – she’ll have to conjure a couple spells first and make sure her dad the devil doesn’t escape a flesh prison! There are several moments that just remind you – oh yea she’s like 16 and this is about a boy isn’t it. She makes rash decisions and causes the chaos that you want to see transpire. You know that feeling where you want to see horrible things happen just to see how it plays out? – yea, good times.

The season is solid, hands down, it is the Sabrina brand, flavor and then some. We are taken to ancient places this season and with exponentially more foes to conquer than before. Worthy adversaries with energies reaching deeper into the age of the earth than we know. There are those black nerd problems which spark a side eye or two, but A for effort. They try to push the envelope in ways that other shows would royally F up. I am excited to see more in season four, and if they keep on this roll, we’ll see a Sabrina season every few months! Yes Ambrose get this work!

Check out our review of previous seasons here.