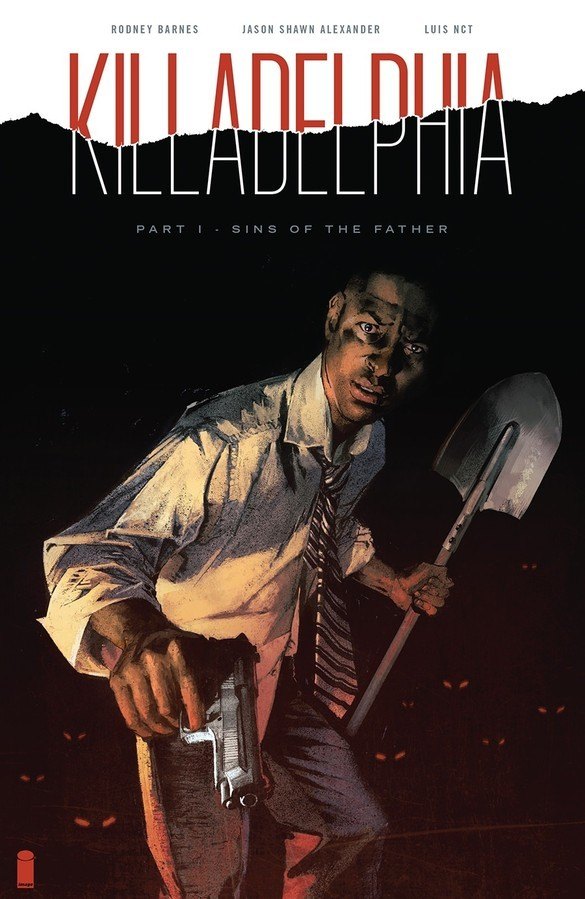 An unapologetically Black horror story focusing on a father and son relationship based in my hometown? Someone’s been reading my diary. When I learned Rodney Barnes want to do a vampire story focused on black characters, I thought back to his Falcon run a couple years ago that I liked. I thought, “this man will tell his black vampire story if it’s the last thing he does”. I haven’t been this excited about a concept in a long time and the book doesn’t disappoint. In Killadelphia, Barnes introduces James Sangster Jr. and Sr.; estranged father and son, both detectives. James Jr is back in his hometown, Philadelphia, from Baltimore to bury his father. James Sr. died investigating a murder case. Jr. temporarily forgets his eagerness to leave Philly for good when he finds his father’s journal. 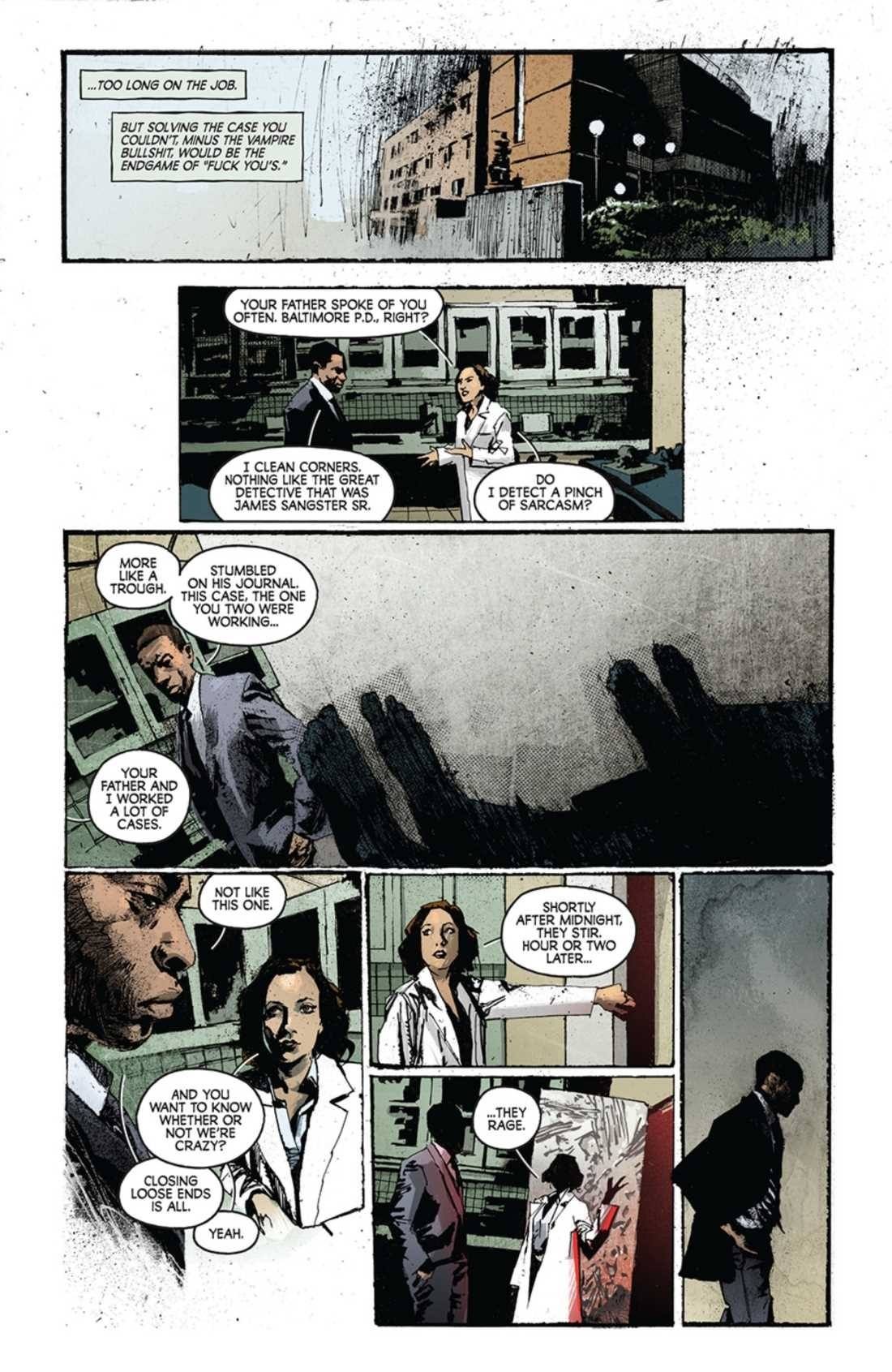 Barnes shows off some expert storytelling in this introductory issue. Through the first-person narrative of both main characters, we get subtle yet pronounced glimpses at the complicated feelings James Jr has for his father. The issue has a gritty, cop drama noir way of describing parts of the city and its history. I liked that Barnes didn’t take more than one issue where the characters are on this “monsters are real” discovery. The classic signs are planted right where you’d expect. A bite mark here. An exsanguinated corpse there. The last page, though, truly surprised and elated me. 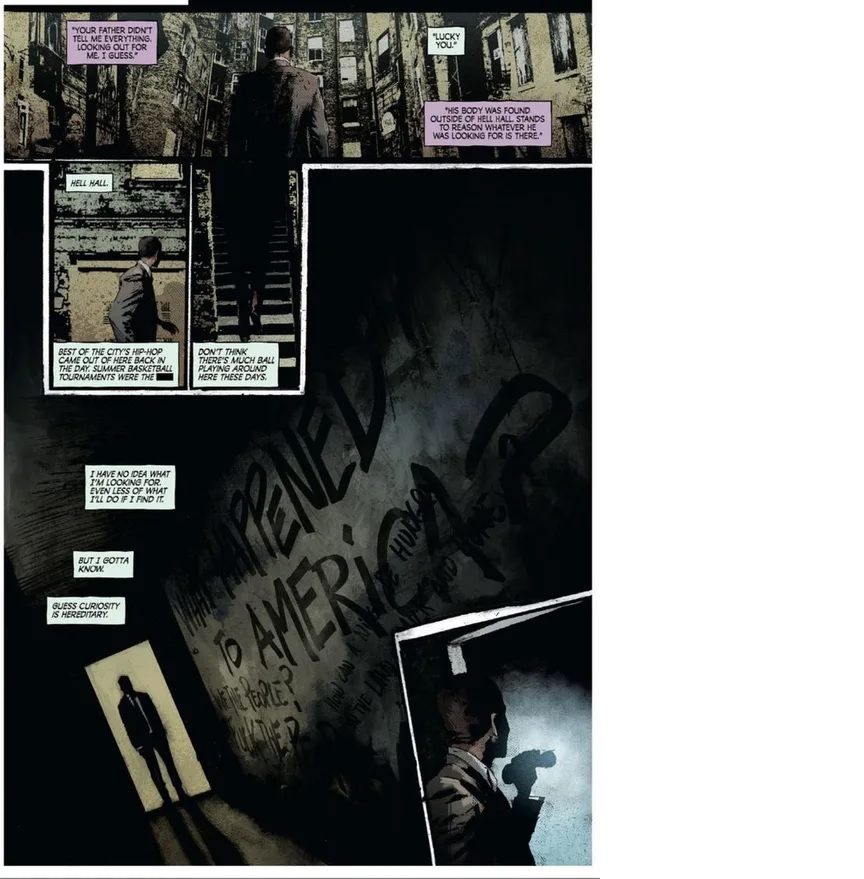 I’m not familiar with Jason Shawn Alexander or the colorist, Luis NCT, but I couldn’t ask for a better art style to accompany this story. The book is hazy, dark, and minimalistic yet appropriately detailed. Scrolling down the pages felt like watching a horror story. There’s a pitfall some artists hit where the darkness feels like an excuse to not have to put as much work into the comic. This creative team uses the darkness expertly to capture the book’s feel and showcase their skill. In the name of supporting black excellence, I will 100% be picking up this at the comic shop.

10 “Dreadful Vampires with Dreads” out of 10