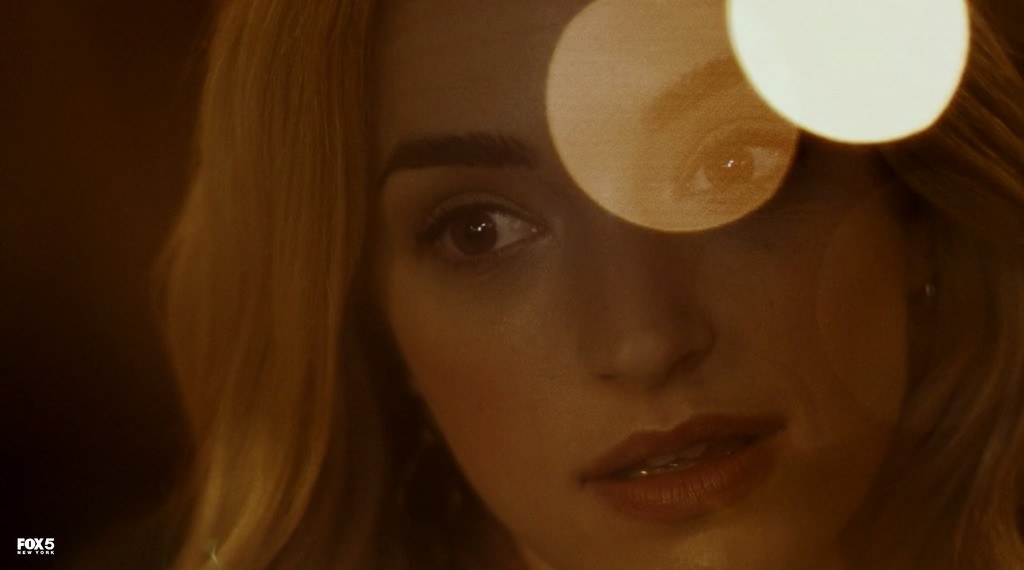 To be honest, Chapter 3 started out slow for me. Since the last two kept me on the edge of my seat, I thought episode 3 had lost it. But lo and behold I was wrong! We get more of Creepy Casey, more challenges for Tomas and Marcus, and we get to meet the Pope’s goons. Chapter 2 got real when they showed the murders and organ stealing. Chapter 3 unveils a whole new level of drama.

It begins with a flashback to five months earlier telling the story of the car accident that started Katherine’s depression. Kat’s friend Julia reveals how attracted she is to her, while Kat does the same. It goes from this moment of innocent affection to suddenly a horrible car accident leaving Julia dead. Some heavy stuff for the first 5 minutes in the show! Present day, we meet the Pope’s groupies including Father Bennett. If you don’t remember who Father Bennett is, he’s the one Marcus pulled a glock on and threatened to shoot “Without hesitation.” Not the best way to introduce a character but I’ll take it. Marcus visits the area where the mysterious murders happen and tries to get some information. Needless to say, he was in a neighborhood that doesn’t take to kindly to random white people asking questions. But he did pretty well.

We enter a scene where Katherine and Casey are shopping for outfits for Julia’s memorial service. Suddenly, Casey’s invisible old man friend gives her an expensive, inappropriate dress that she can’t afford to wear instead. I’m still confused on how she managed to shoplift that dress without getting caught but I’ll let that slide. Tomas is stuck at a dinner with the Pope’s groupies. A dinner he definitely doesn’t want to be at and get’s trapped into a conversation he’d rather not be a part of. He starts to question the Pope’s movements because he has been avoiding the rougher neighborhoods in Chicago.

He tries to avoid the conversation but starts off with “I think it’s funny how….” They hear a noise outside and find a man on fire. He probably was producing the hottest mixtape of 2016 and couldn’t take it anymore. Some randomly covered in flames is a pretty legit reason for the Pope to stay away.

Tomas and Marcus bring a Casey to the church and have a good cop bad cop session with her. Marcus presses her about her personal life starting off with her relationship with Kat. He calls Casey a “punching bag” and states how Katherine was selfish and Julia’s accident is what broke their family apart. A very cheerful conversation to set the mood. Marcus then presents a music box that he took from Casey’s room and pulls out a makeup compact. This is when shit started to get real. Marcus questions why Casey would have makeup at all. I men she’s a girl so it kind of makes sense. But Casey is considered a “tomboy” and having makeup seems out of place for her. We find out that Creepy Casey’s invisible friend is the store salesman who gave it to her in the past. It all makes sense now! That man made her feel beautiful, made her feel more than just a tomboy, and that’s why he chose that form.

As Marcus continues his mission in bringing out Casey’s demon, the office begins to shake and move, Casey’s pupils become dilated, and the demon presents himself. It states that he is the same being that was inside the young boy Gabriel that Marcus was trying to save. Marcus internally loses it. In the background, Tomas is getting this all on video so he can have proof and show this to the bishop. Bishop Egan views it and states once again that Casey needs to see a psychiatrist. Nothing will convince this guy. I bet if she starts to spin her head around and spew out green slime, he’ll probably say, “She’s just becoming a woman.” Marcus gets banished from the church and is told to leave Chicago immediately. Poor Marcus.

Moving forward, Casey notices a rash on her neck while preparing for the memorial. The invisible guy is in the bathroom with her. Casey then takes a curling-iron, and burns herself. Now I’m not exactly sure where she put it. All I know is that is was below the camera’s view. Jesus! She goes with Kat to the memorial where some whiskey is poured out for her and everyone takes a sip. Now this is the most hood thing I’ve every seen a bunch of white teenage girls do. Casey takes the bottle and starts chugging it back and starts airing out Kat’s dirty laundry saying Julia was her “true love” embarrassing herself and Kat.

Marcus has a discussion with Bennett, stating he believes there are more than one demon. Bennett hands him a bus ticket for out of town with a list of potential people who could help. It’s about to be a gang war— Demons vs. Priests! Casey takes the train back home with Dad, Henry. Due to his condition, he slowly drifts into a deep sleep. Suddenly, a bunch of drunken guys get on the train. One guy in particular, started to harass Casey, being inappropriate with her. Everyone on the train saw this but did nothing to help. Sounds like New York. Since no one came to her defense, her invisible friend shows up and gives her the most uncomfortable kiss I’ve ever seen in a long time. Suddenly, she transforms into Creepy Casey and goes ham on that drunken idiot. She tosses him around and scratches his chest until you can see under his skin. This was the only moment I wasn’t creeped out by her. You gotta do what you gotta do in these streets.

“Chapter Three” follows up on the idea that there’s more than one demon in Chicago, making the gory murders in Chapter Two make more sense. We get a more positive explanation of who the invisible guy is and why he is attached to Casey. The random msn on fire opens up Father Bennett’s eyes and realizes that Tomas and Marcus are not crazy. What’s even crazier is, Marcus is battling the same demon he faced in the past. This show is more than demonic possession. They’re finally connecting the dots on questions we had in the previous episodes and building the characters even more. If you’re not watching The Exorcist, you should be. It airs Fridays, 9/8 Central on FOX.