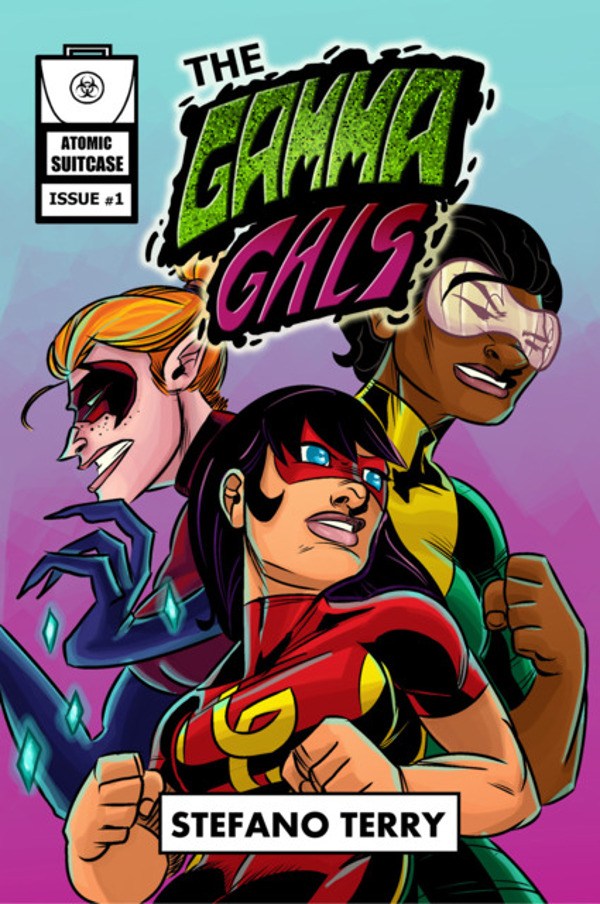 Brevity is the soul of wit and The Gamma Gals keeps it waaay brief; we don’t get bogged down by a slow-burn intro with heavy exposition, but instead get a super quick back story before jumping headfirst into some craziness. We start right in the thick of some action.

Note: This review is based on Issues #1 and #2 as part of the 4-part trade paperback, available now from Fanbase Press.

It starts with an intense role playing game for the three gals, Harriet, Kira, Sue, and their non-superpowered friend Charlie. The RPG quickly ends when the Gals and dude hear an ominous BOOM in the distance. Sensing danger, Charlie leaves the gals to handle the BOOM and we are now instantly in the middle of some real superhero action, each gal using abilities she gained through a gamma-irradiated storm against their adversary.

After this vicious battle, the ladies are back to their daytime personas: high school outcasts who have to face a different fight entirely when the popular School Douchebag, Brenton Wilks, makes vicious personal attacks. For example Brenton slams Sue’s body (of which she’s very self-conscious). There’s more to Brenton’s story, but you’ll have to read Issue #1 to find out for yourself.

What I noticed right off is that The Gamma Gals serves us a nerdy group that is diverse in color and ability level. Harriet is in a wheelchair, leaving me to wonder where that goes when she’s fighting, since it is nowhere to be seen when she’s hero-ing. 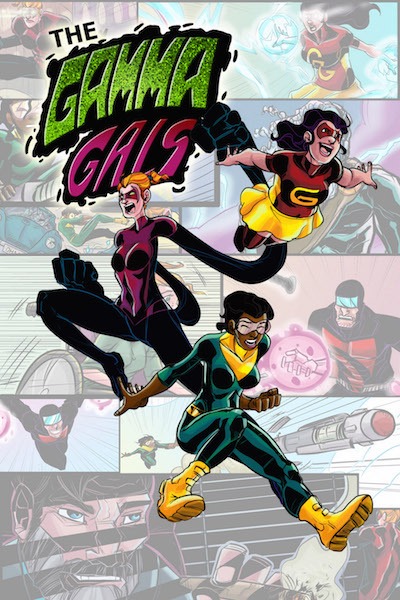 Issue #2 gives us a rundown of the ladies’ likes, dislikes, and superpowers. I got some clarity on Harriet: her powers allow her full use of her body, although this does take a heavy toll on her and requires a serious recharge.
We start off in the middle of the streets in a heated match with a dude with rocket launchers. The Gals overpower him after a quick bout that is ended by a new hero who takes the credit for ending the fight. This new hero (who calls himself Zero G) jumps right into the post-battle onslaught of reporters and camera-folk and milks the attention for all it’s worth. In the meantime we see Dynacorp (a shady corporation that…makes toys? I think?) trying to find a way to capitalize off of the new hero on the block. 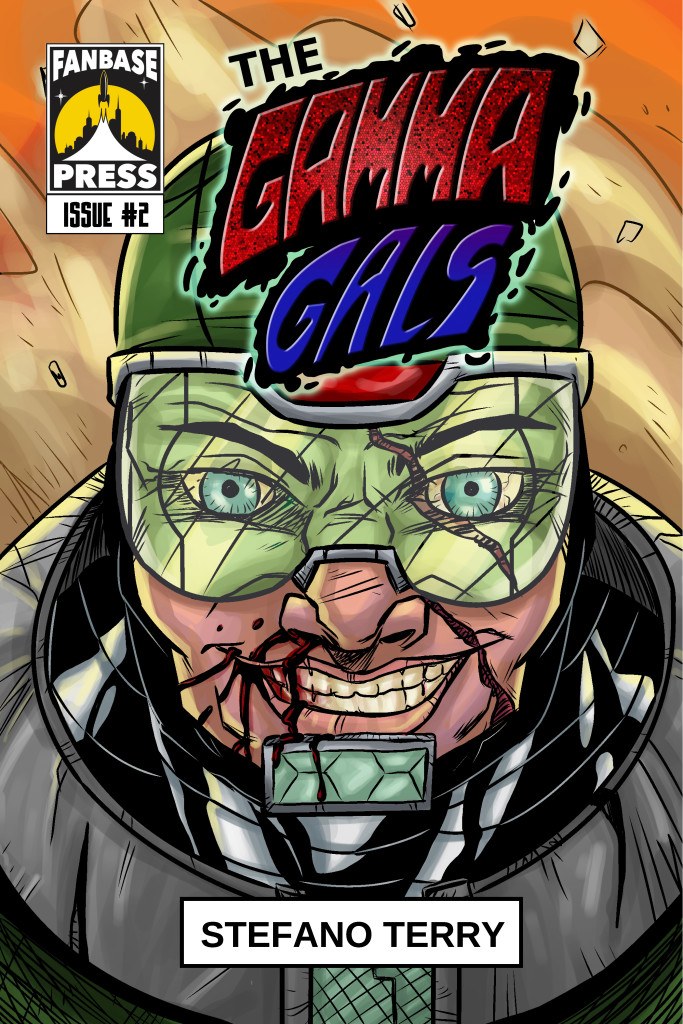 These 2 comic issues are sweet, short, and satisfying reads that are each jam-packed with action. The storyline is very classic cliché: we get outcast vigilante vibes from the gals; we have a school bully with a big ego but low sense of self; we have that ever-present, profit-hungry, shadowy corporation. What I admired most about the series is how the art is very consistent and enjoyable, especially considering that only one human person is handling all of it.

If you’re looking for something dazzlingly new, this may not be up your alley, but if you are a fan of quick, bite-sized action with a boatload of inclusivity, I’d give these a read. I’m certainly going to see where this story goes.

6 Insecure School Bullies out of 10