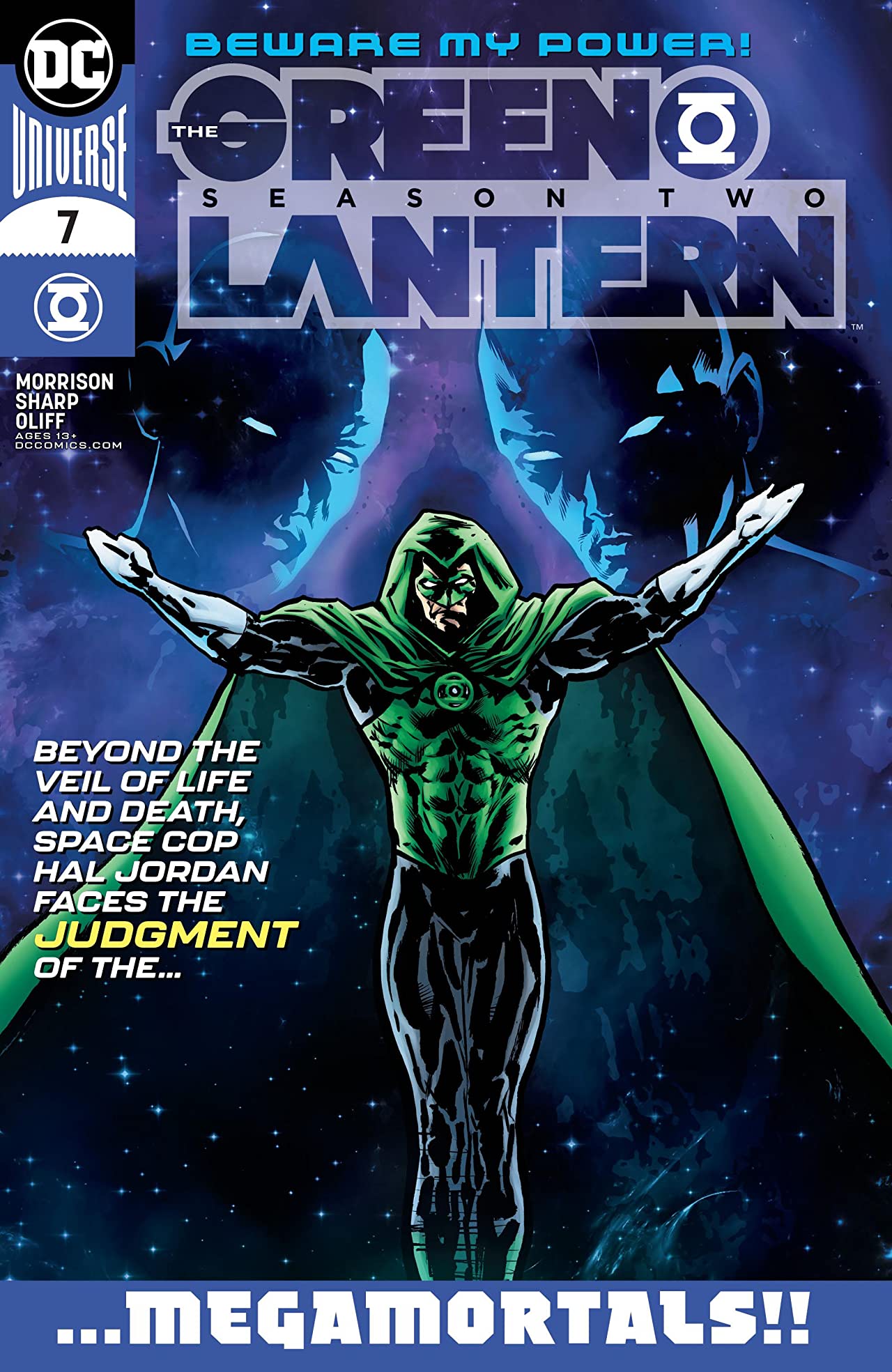 The Green Lantern Season Two #7 finally lets us know what the impending conflict in this run is gonna be: The Ultrawar in the Reversoverse.

We got a little tease of what this battle might look like in last month’s issue as Hal and some other Lanterns fought what are known as Anti-Matter Lanterns. They’re rabid, and they speak backward and they look like twisted versions of the Prime universe’s Green Lanterns.

Hal died trying to save a space hospital, and issue #7 largely deals with the new Young Guardians judging his actions when alive. In doing this, they also tell him about the upcoming war that they’ll need his help for as a Death Lantern, but Hal is not trying to stay dead, and he claws himself back to life from the clutches of death. The only problem is that coming back to life makes him forget all the knowledge that the Young Guardians bestowed upon him. So now he’s going into this war blind. Or should I say, in Blackest Night.

Grant Morrison is a dense writer. That’s been known. But he has balanced that with over the top wonky sci-fi elements in this book. So even though sometimes it can be hard to figure out just what’s going on, you’re having a really good time regardless.

This issue was largely set up for what is to come, so there wasn’t a lot of room for the light-hearted nature we’ve come to love with this book. It was really dense and really deep. And a lot of it has the potential to go over your head if you aren’t completely locked in. I don’t have too much of a problem with this, as I think it really makes the price of the comic worth it. But I can also see how it could be hard for people to grapple with what they’re reading.

What I really loved about this issue was the look and feel. Liam Sharp is really on his game right now. This book has constantly tapped into the aesthetics of the Silver Age era of comics from the seventies, but in this issue, things were taken to a completely different level. It had a visual language that we haven’t really seen in this book that both elevated the experience and legitimized the stakes.

First of all, when Hal dies and is talking to the Young Guardians, he’s got a green cloak on, not unlike the Spectre’s. And I just wanna let it be known right now that Hoodie Hal Jordan is on the same level as Hoodie Melo. You might normally question is credibility or reliability, but throw that hoodie on, and he’s suddenly shooting 60% from the three-point line.

But what really stood out to me were the impressive pages and panel layouts in this issue. Comics as we know them have been around for 80ish years, and I can confidently say that I’ve never seen layouts as consistently creative as this. Every page seemed to top the previous page. I was in awe every time. The way these panels were laid out really did a great job to sell the otherworldly and abstract feel of the afterlife.

The Green Lantern Season Two #7 sets up the book’s future conflict while dazzling with some incredible panel layouts.

8 Hooded Green Lanterns out of 10