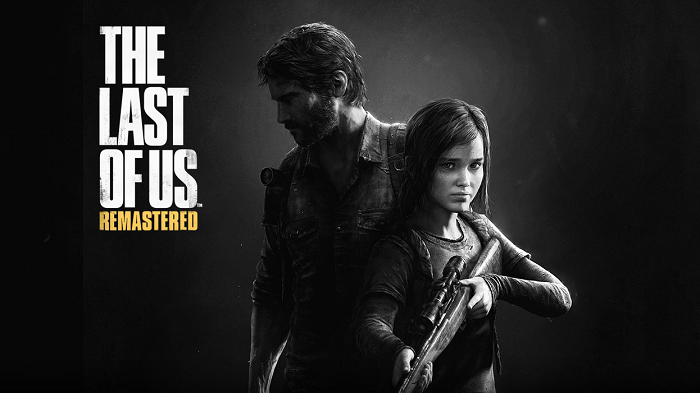 WARNING: THERE ARE SPOILERS!!!

I thought this game was going to be like Undead Nightmare but with a better storyline, but instead I experienced a survival horror wonderful piece of art brought to me from heaven! At parts I thought were totally predictable, this game did a great job of proving me wrong. The Last of Us provides us with a special mix of action, horror, stealth and a fantastic storyline that would make even the meanest person’s heart turn into sunshine and rainbows. You’ll laugh, you’ll cry, you’ll RAGE!!!

The Last of Us. A story of a man who must survive during a post-pandemic world ruled by the military, where zombies want to rip you apart, hostile human survivors protecting their territory will put a bullet through your head, all the while you have to transport a 14 year old girl across the state….

The story starts out with Joel and his daughter, Sarah, hanging out with each other. Just having some daddy and daughter time. She goes to bed and wakes up to find that her daddy is missing. As she searches the house to find him, he comes in through the backyard door. This is where we see the first encounter of the infected zombies. Joel and Sarah leave the house, accompanied by Joel’s brother, Tommy, in search of safe grounds. Joel and Sarah come face to face with this soldier who is given orders to kill both of them. Joel jumps in front of his daughter to protect her while the soldier makes his shot. Guess who was hit…….Nope not Joel. I said to myself, “Damn, now dad is dead and Sarah’s going to grow up and become an ass-kicking zombie hunter.” Total cliché. Well I was wrong. Sarah gets hit and dies. I was like, “OH SH*T.” Didn’t see that coming. From there, this game had my full attention.


[divider type=”space_thin”]
As the years go by, Joel is living in this post-pandemic society that is controlled by the military. He lives with a woman name Tess, which I’m still not sure whether she’s his girlfriend or what. But anyway……they travel to one of the survivor’s camps, did some stuff, blah, blah, blah…….and ended up making a deal to transport this girl named Ellie to the other side of the state in exchange for their weapons and stuff. Now here’s the catch! Ellie was bitten by the infected and has not been affected by it. You are to transport her to a hospital that is looking for a way to cure bites made from the zombies. They believe Ellie can give them that cure. Now you have to travel through an infested land filled with zombies with a 14 year old girl. What a great way to spend a Saturday!

What I love about the game is the interaction between the controller, player, and the game (I played this on a PS4). When you have full health, the controller light color is green, and changes to yellow and red depending on your health levels. When you turn on your flashlight, you can hear the sound from the controller. There are other amazing features that just blew my mind. This game doesn’t only involve blasting zombies. The player does mundane tasks such as moving ladders and planks. What really got me frustrated was about the third time I had to get a plank for Ellie to help her get across water. I’m like, “You can survive through a zombie epidemic and handle a rifle pretty well, but you can’t swim?”, Come on dude! Certain landscapes were also beautiful. It made walking everywhere for days and nights worth while. When you’re not trying to avoid getting your head ripped off by a blood thirsty zombie, take some time and smell the flowers.


[divider type=”space_thin”]
Survival is a tough cookie in this game. Unlike Resident Evil, not every enemy drops ammunition. This gives an extra delay of happiness, and strengthens the difficulty of the game. The journey would be minimized if there was ammunition everywhere. In order to craft certain weapons, you have to find the right supplies. Since health kits and Molotov cocktails use the same supplies, the player is forced to decide how they should use their supplies. Since you can carry a limited amount of supplies, you are not able to hoard them. This gives the game more of a survival theme, which I love. I also have very bad aim so I wasted A LOT of bullets 🙁
[divider type=”space_thin”]

The stealth feature was the main cause of my rage. I’ve never been the type of gamer to hide around corners, and take 10 mins to eliminate one person. I just run up guns blazing. Unfortunately, I did not last long…Womp, Womp, Womp…. In this game you must lurk in shadows, picking off your enemies one by one. Throw bricks or bottles to lure them to other locations. And use your enemies’ corpses as bait to attract your next prey. This is what it takes to survive in these streets. It’s kind of like Assassin’s Creed but with zombies and outfits from this century. Sneaking around was hard for me to do, so I died once, twice, twenty times….But who’s counting?

I found myself getting scared every time I encountered a zombie (I get scared easily). What really freaked me out were those clickers. One, they looked disgusting and made clicking noise..hence the name. And two, you are not able to do melee attacks on them. You can only shoot them or shiv them. I always enjoyed having someone help me along my journey. Tess was a big help because she was “kicking ass and signing names. And then giving other people those names” – Peter Griffin. Sucks she died though. I had really grown to like her. Then I was stuck with Ellie, and I thought to myself, someone better give this girl a gun because it’s every man for themself. It’s either me or her and it’s definitely not going to be me. Along our journey, we met two survivors, Henry and his little brother Sam. I was like YESSSSSSS!!!! MORE HELP!!!!!………Then some bad stuff happened. Long story short, Sam gets infected, gets killed and Henry kills himself. Damn!

I don’t want to give away the ending because I totally recommend this game to everyone. What I will say is that this game is a masterpiece. The game is engaging, and the storyline is well-written. It’s very rare that we get to experience something like this. But hey, I guess that’s why it won over 200 Game of the Year awards.