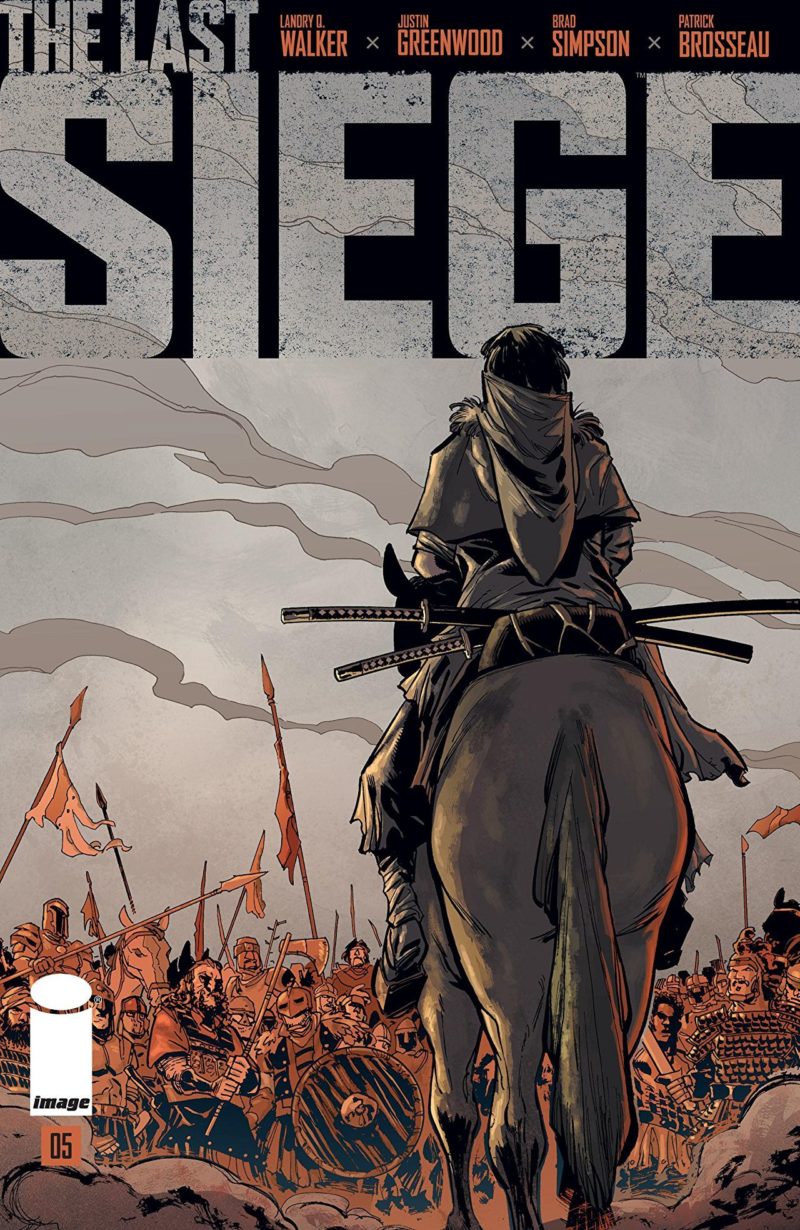 At last, the moment has finally arrived. The King’s army has arrived at the doorstep of the-little-kingdom-that-could with thousands of soldiers in tow. With the Stranger injured from just battling Rodrick moments before, things aren’t looking too good.

I didn’t expect us to get so many revelations this issue, especially considering that most of the issue is just the Stranger and the King sizing each other up. The mystery of the Stranger is finally revealed and while there were hints that he and the King were acquainted, it’s actually quite shocking how close the two are. 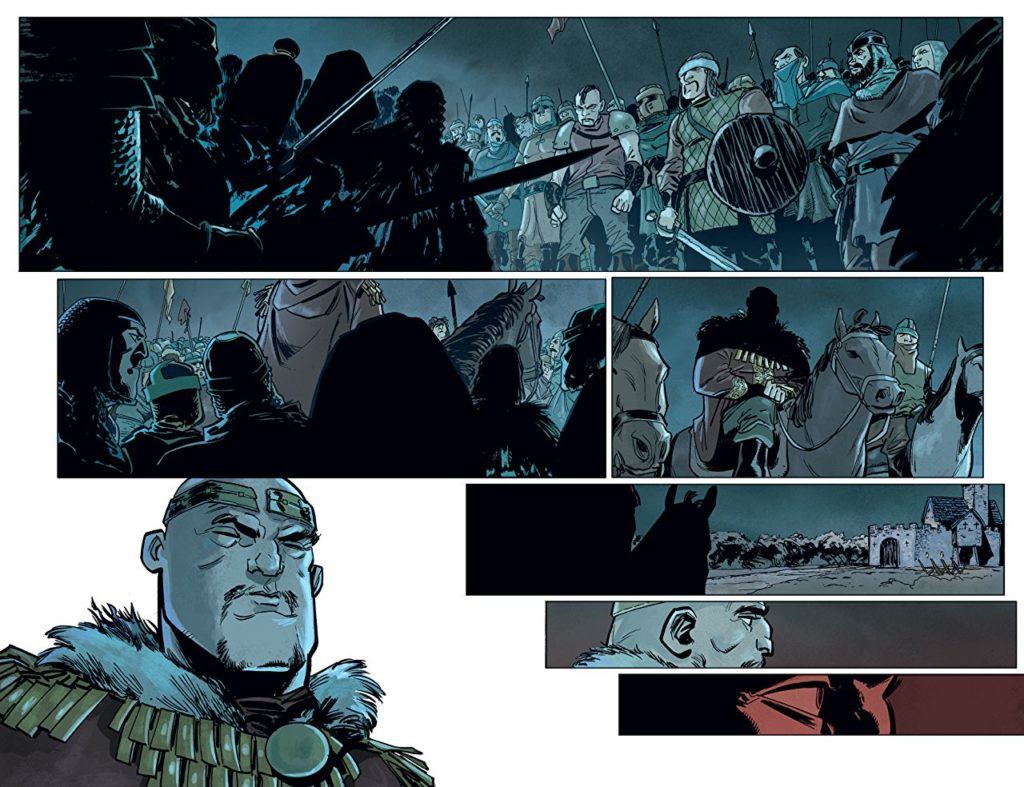 As far as the Stranger’s backstory goes, it’s pretty much a by-the-numbers medieval story of vengeance. Arrogant prince, banished from home, wanders for years, comes home to family’s heads on spikes. You know, All That Jazz. While a familiar type of backstory, it works. The connection between the Stranger and Lady Cathryn’s father is also revealed during this deep look at the past.

My only issue with this chapter is meeting the King for the first time. While he is painted as arrogant, cowardly and evil, the shared history between him and the Stranger says otherwise. Don’t get me wrong, the Stranger has every right to be mad, but the King built an army and a rebellion out of the poor – who were seemingly being enslaved and abused. 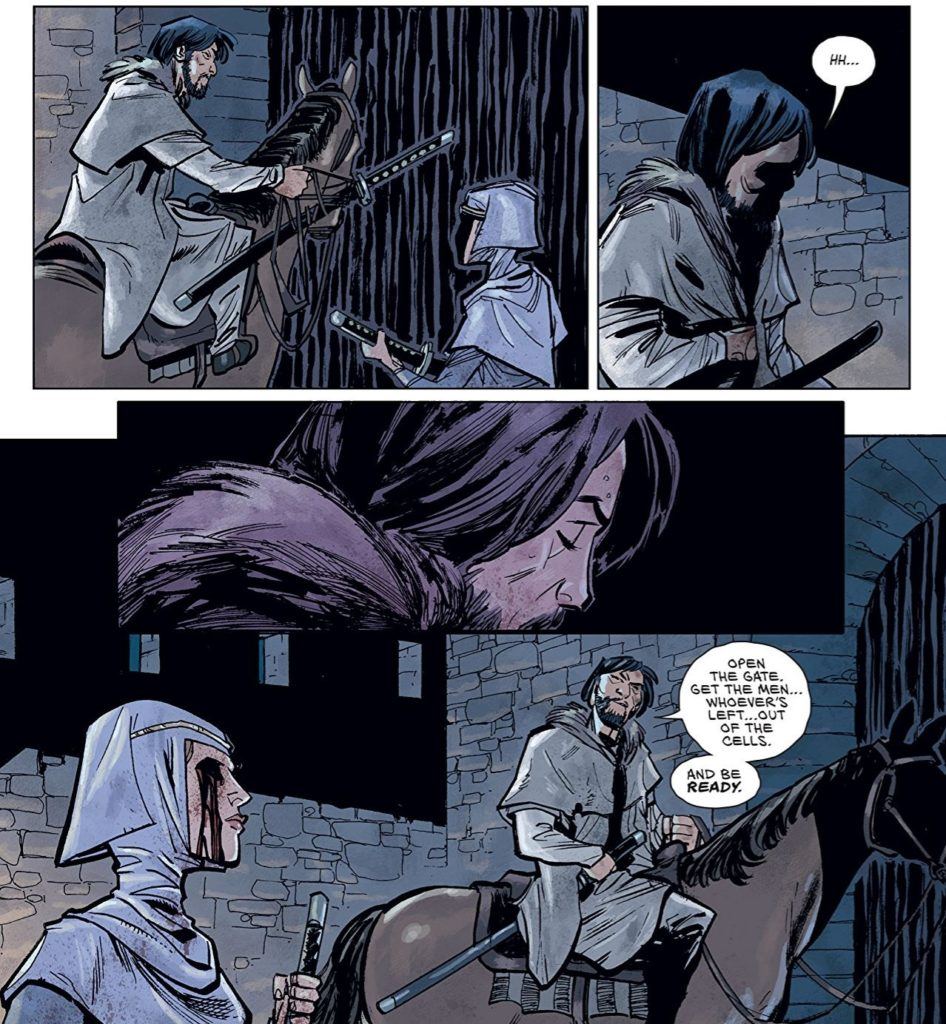 During their interaction, it seems like the Stranger is blind to all this. Like, there isn’t even an inkling in his mind that his family may have mistreated these people in the slightest and they may have had it coming. Anyway, whatever tricks the Stranger has under his chain mail and whenever he decides to use that gunpowder of his will have to wait until next issue. For now, we will all have to enjoy the deep backstory we are given.