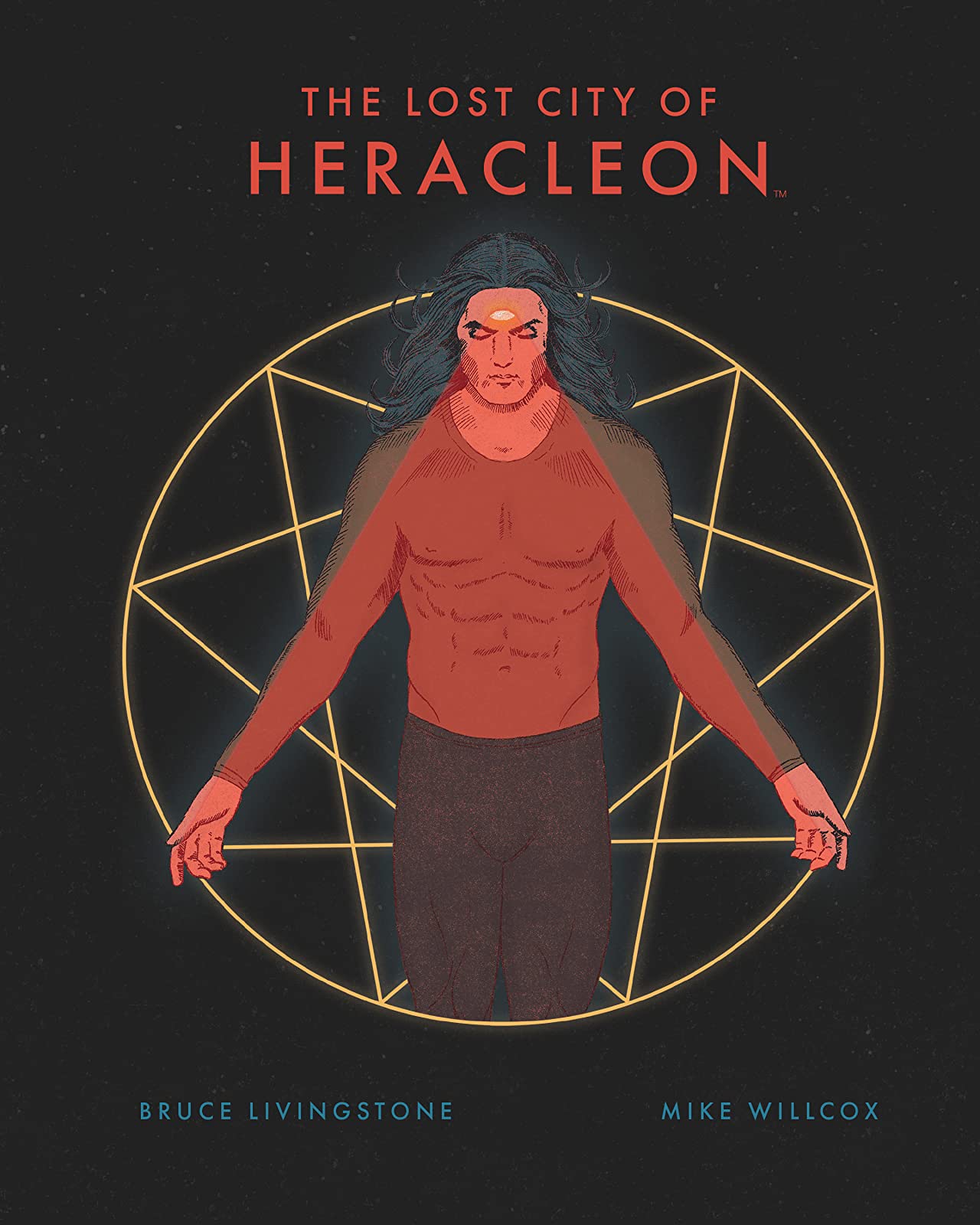 I often think about the phrase “there is nothing new underneath the sun.” The very fact of the matter is that given how long the very idea of storytelling has existed, it’s next to impossible to analyze and review a piece of work with the larger context that it exists in whether it is comparatively to its peers or tracing the lineage of its core structures. Concepts are considered cliched or tropes are often indicative of how poignant of a storytelling device they have served in the past, and time and time again, the efficacy of a story ultimately hinges on how well executed that particular sequence of tropes is. 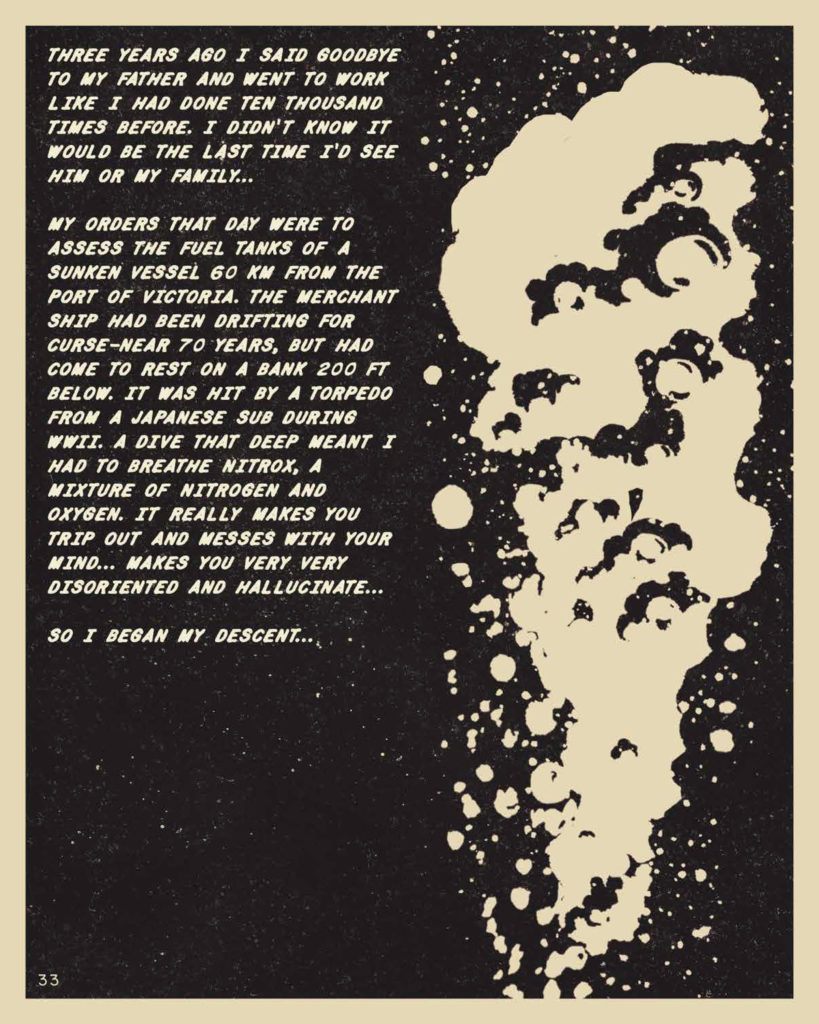 Which brings us to The Lost City of Heracleon, a graphic novel from Bruce Livingstone and Mike Willcox that is very much rooted in classical tropes. Two young boys answering a call to the adventure, and then they proceed to find themselves in increasingly complex scenarios, and they are expected to learn and grow before some sort of resolution. There are countless stories that have this basic framework, and I’d read so many of them because it’s a genre that I very much consider a proverbial home as a speculative fiction. And honestly, The Lost City of Heracleon is a roaring success in my eyes because, while the narrative beats are indeed familiar and at times predictable, the way that they executed and iterated on is truly something to behold and I am able to safely say that I haven’t seen a graphic novel quite like this one.

Willcox’s art is presented as though these are aged and worn pages, contrasting muted colors with a very deliberate attention to details. There is something careful and meticulous in the way that Willcox constructs a page, the small accents and precision of things like the tick marks on a voltage meter and the varying dialog box. It’s a visually engaging perk from the opening page, and I love everything about the unique art style, the playful lettering, and the strong visual cues that are presented. But what’s truly baffling is how well the art style meshes with the writing and its presentation. 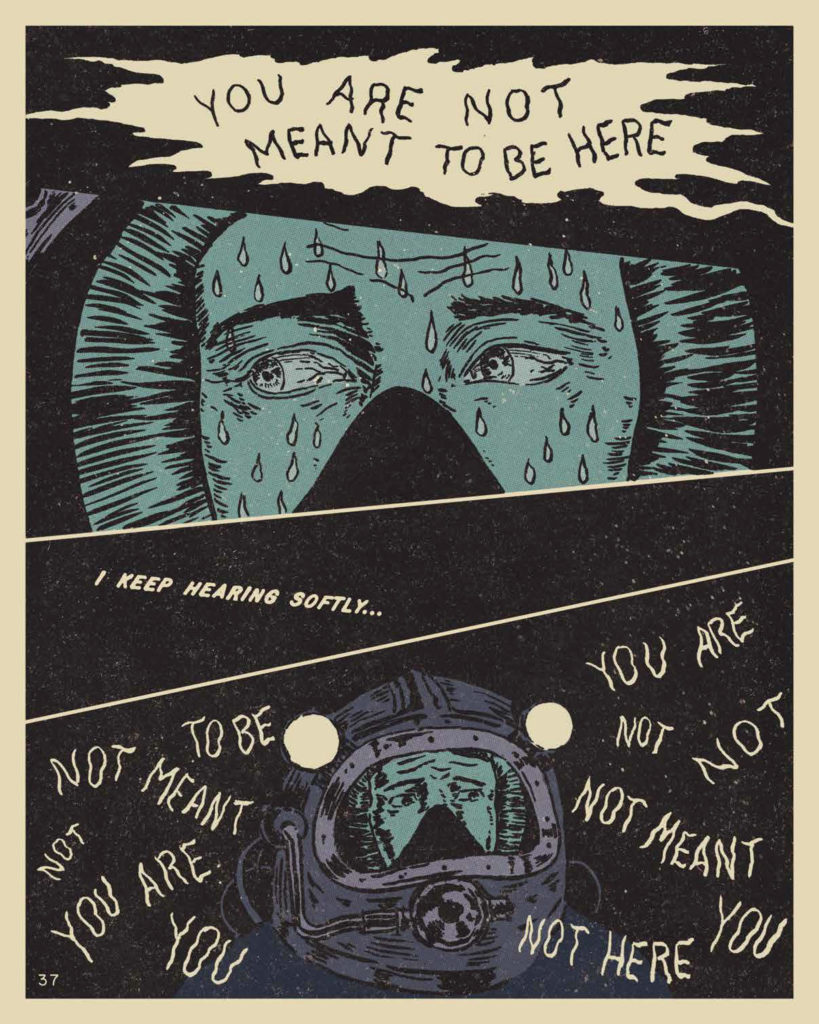 The opening chapter of The Lost City of Heracleon reads kinda like an old school radio play, with a mysterious narrator providing information in text that is enclosed with in the billow smoke clouds of some sort of ship in the distance, as two boy swatch their father leave to take care of an errand. The art style is evocative of an older time and matches this sort of War of the World)-esque escapade, where an excited narrator is beginning to get into it. And it’s a combination of Livingston’s playful storyteller and Willcox’s lettering that make it really easy to engage with the story such that when we get to the part where Lou and Shiro manage to get on an inter-dimensional submarine, you’re already grabbing a refill of your drink so you can stay fully hydrated with small interruptions. 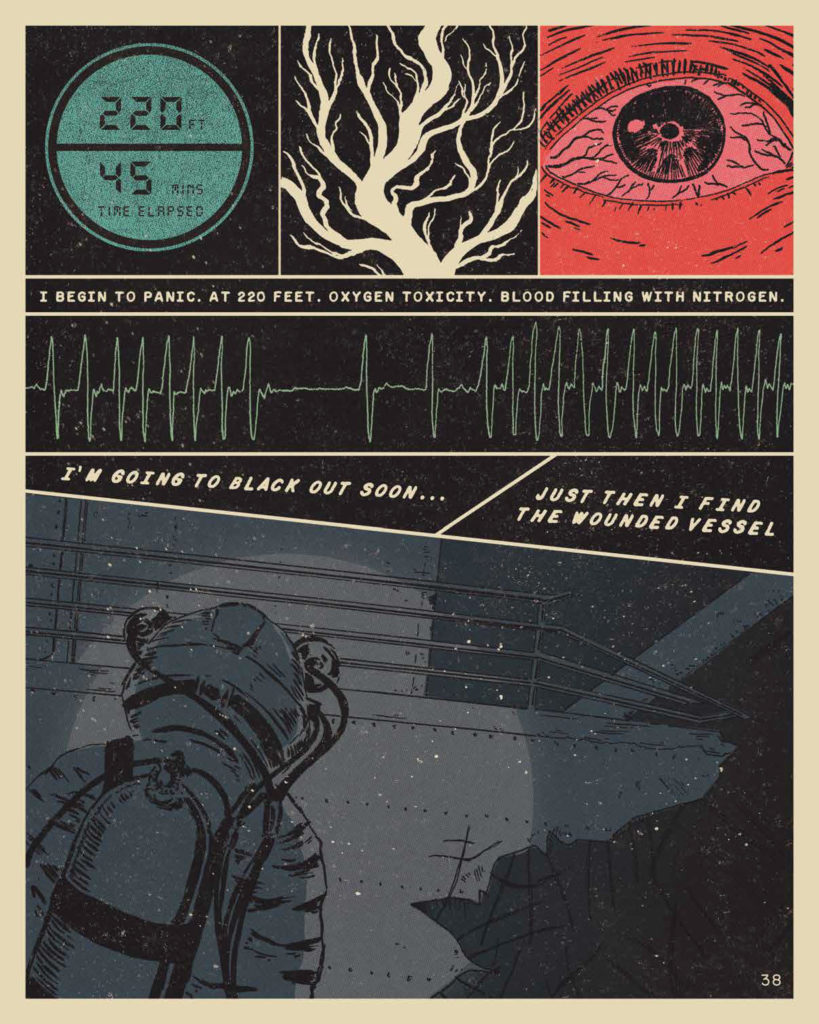 And again, two boys getting involved in an inter-dimensional adventure is not novel in and of itself. Some of the set pieces are particular to the lore of the story. Some are familiar locations that I found myself nodding my head excited when the duo ends up in Egypt and faces a wide variety of myths. Regardless though, while Lou and Shiro aren’t groundbreak characters, Livingstone and Willcox breathe life into them and their follies and adventure remains engaging.

There’s just something about the construction of The Lost City of Heracleon that got me excited. The slow burn of a narrative that let me languish in the beautiful pages. The pulp sci-fi feel between the over the top dramatics and spreads that resemble old school magazine ads. It’s all fun and enjoyable and technically speaking, it shows what happens when you leverage all aspects of comics to elevate others. Everything’s working in concert to produce something wholly original, even if the base components have been around for centuries (if not longer). It’s definitely worth the read and a spot on your bookshelf.

The Lost City of Heracleon comes out on August 29th to a local comic shop near you.