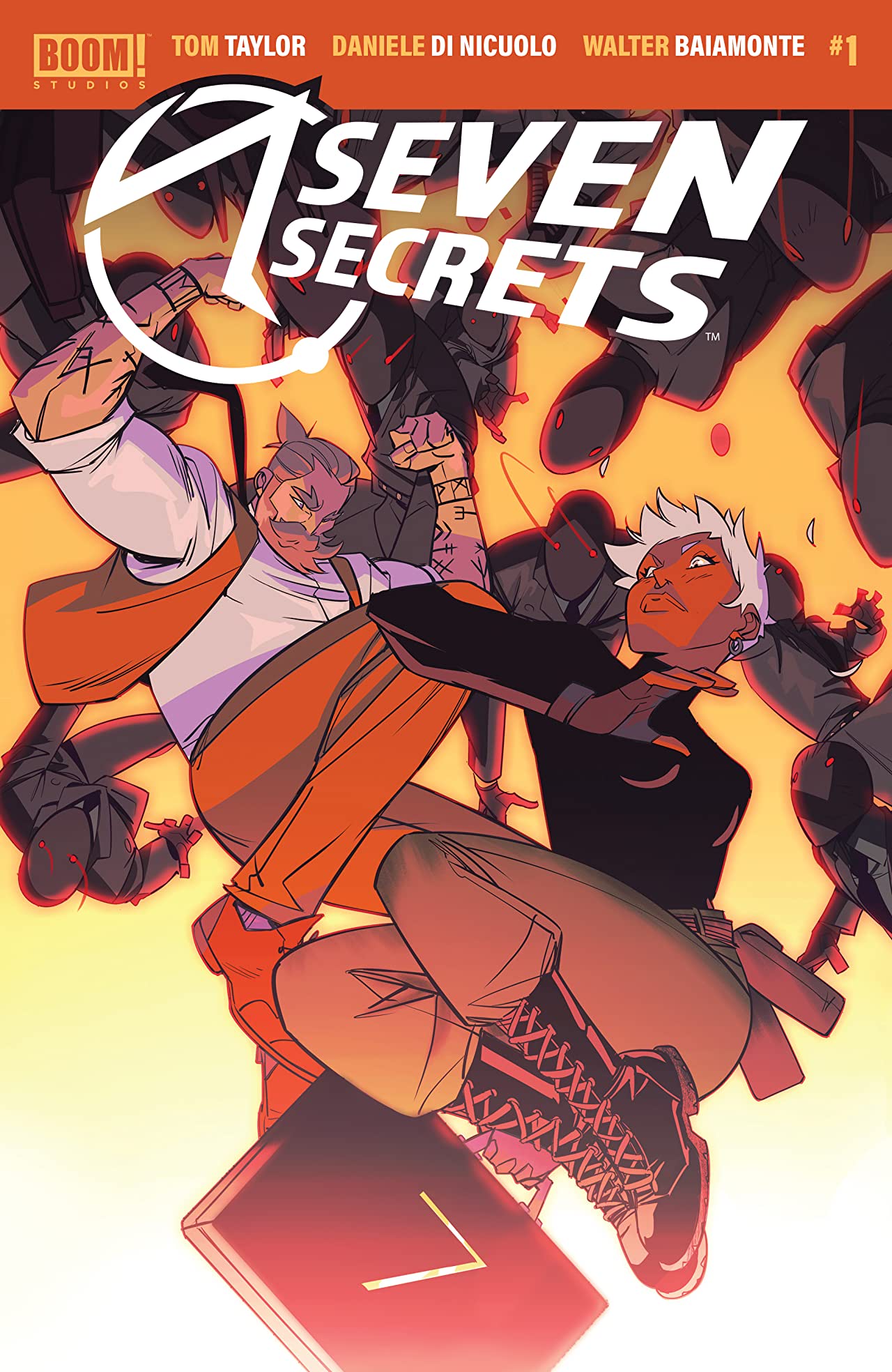 Let the record show that I agree with my fellow writer on this point: Tom Taylor is really good at what he does. Every single one of his ensemble stories I’ve read in the DC universe has been phenomenal and as such, I was very hyped to hear about his creator-owned work, Seven Secrets. This has been one of my most anticipated comics of this strange year and after reading, I’m definitely looking forward to watching the series grow. 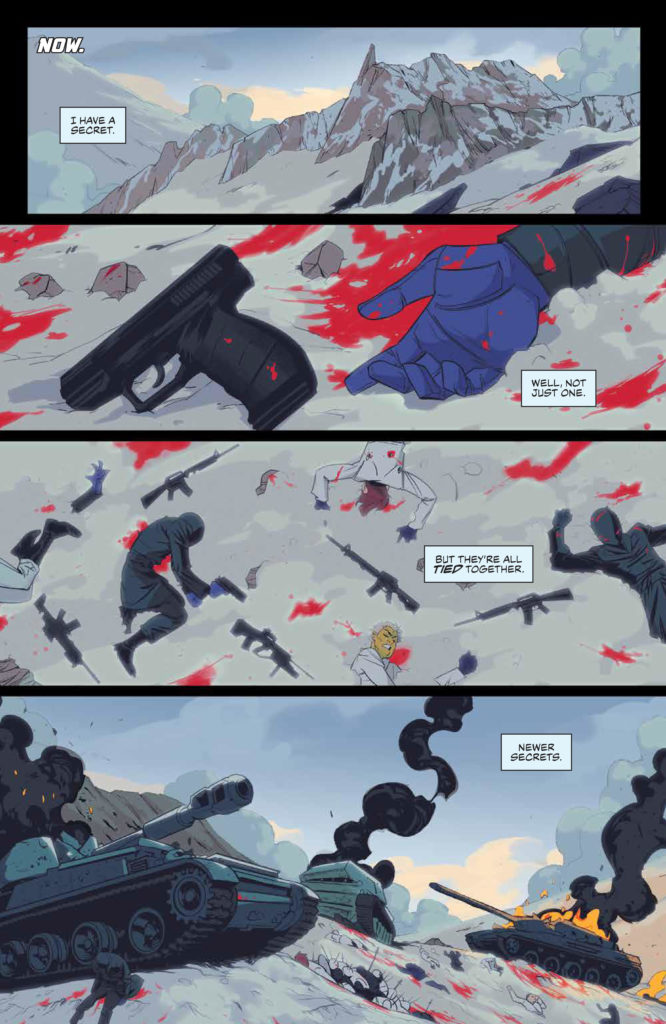 Told primarily through the narration of an initially unseen and unnamed narrator, Seven Secrets is at best very vague about the exact nature of its story. From the opening pages, it becomes clear that there is some sort of global conflict, there is some sort of secret organization, and there is some level of either magical or technology encroaching upon Clarke’s Third Law to the point where it might as well be magic. We get to meet members of this unknown organization and their relationship to the narrator all while being accosted by snappy dialog and beautiful artwork.

Taylor knows how to create an atmosphere of mystique. He has a long pedigree, and Seven Secrets very much lives up to it. Although, this is probably a little more abstract than I personally would have liked for an opening issue. And while I know the laundry list of questions I have will be answered in due time, the sheer narrative distance that is created makes me wish I had just a little more to latch onto other than allusions to the wonderful things that I’m positive will come. 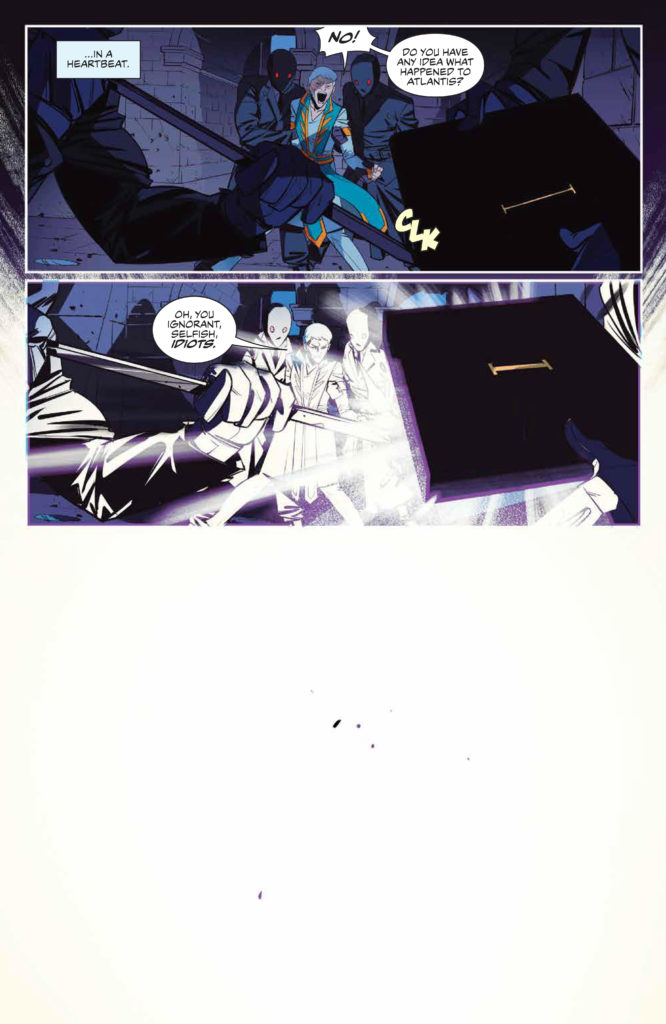 That said, in the interim, I do have some stunning pages to look at and Di Nicuolo’s artwork is phenomenal and perfectly captures the modern interpretation of secret cabals and world-ending stakes. It’s fun, playful, and action packed. It’s a good introduction to a brand-new world, even if it feels just a little reluctant to provide more concrete through lines.

Bottom line is Seven Secrets masterfully establishes its tone and the atmosphere of the series beautifully and succeeds as a first issue where it matters most: making me want to read the second issue.