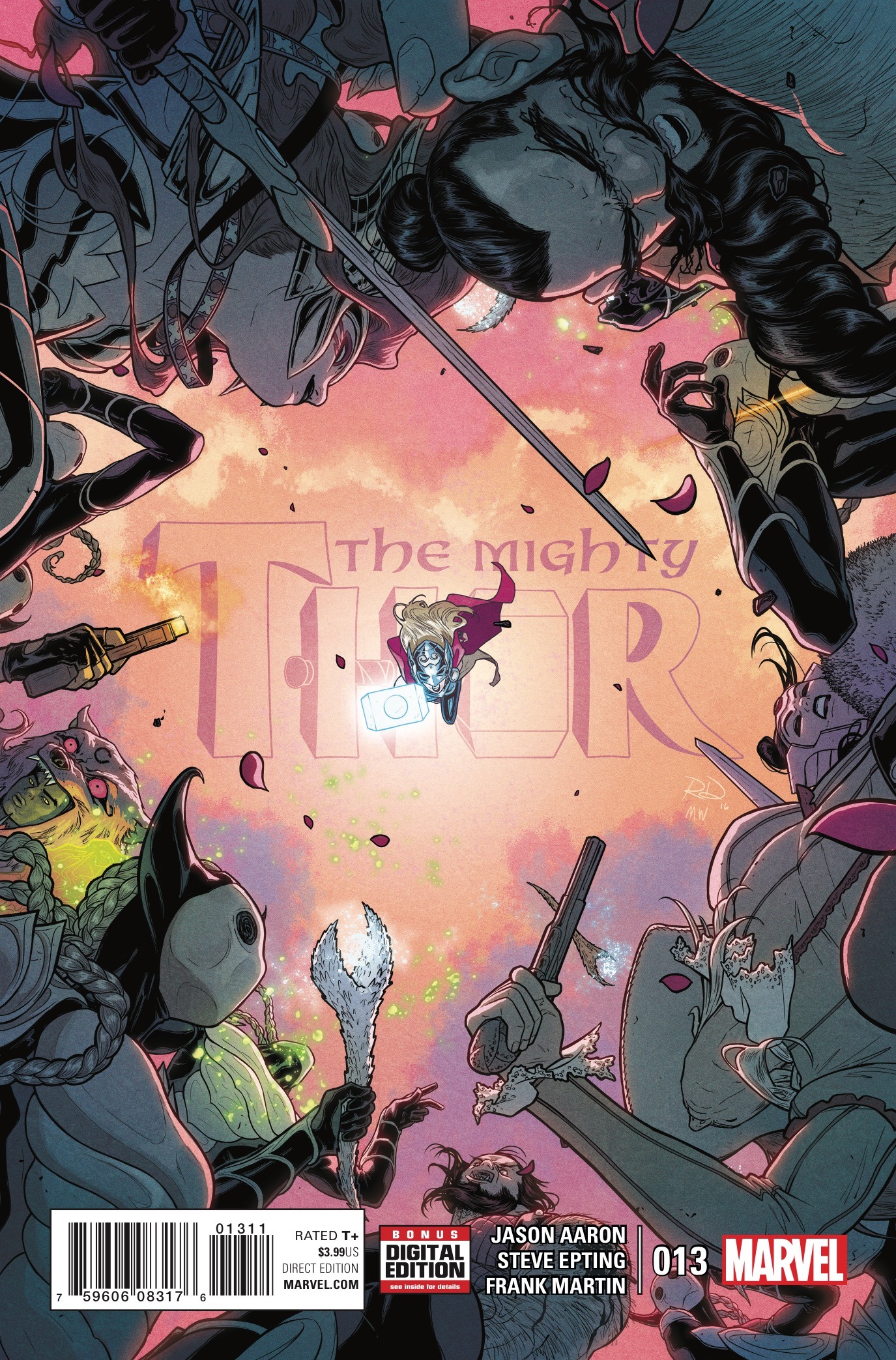 Jason Aaron is singlehandedly killing it with The Mighty Thor. There are only a handful of writers in the business as adept at world building and it shows in every issue. This is one of those situations where you know you the original Odinson is probably going to return at some point, but if he didn’t, the book would probably still be just as awesome continuing Jane Foster’s tenure with the hammer. 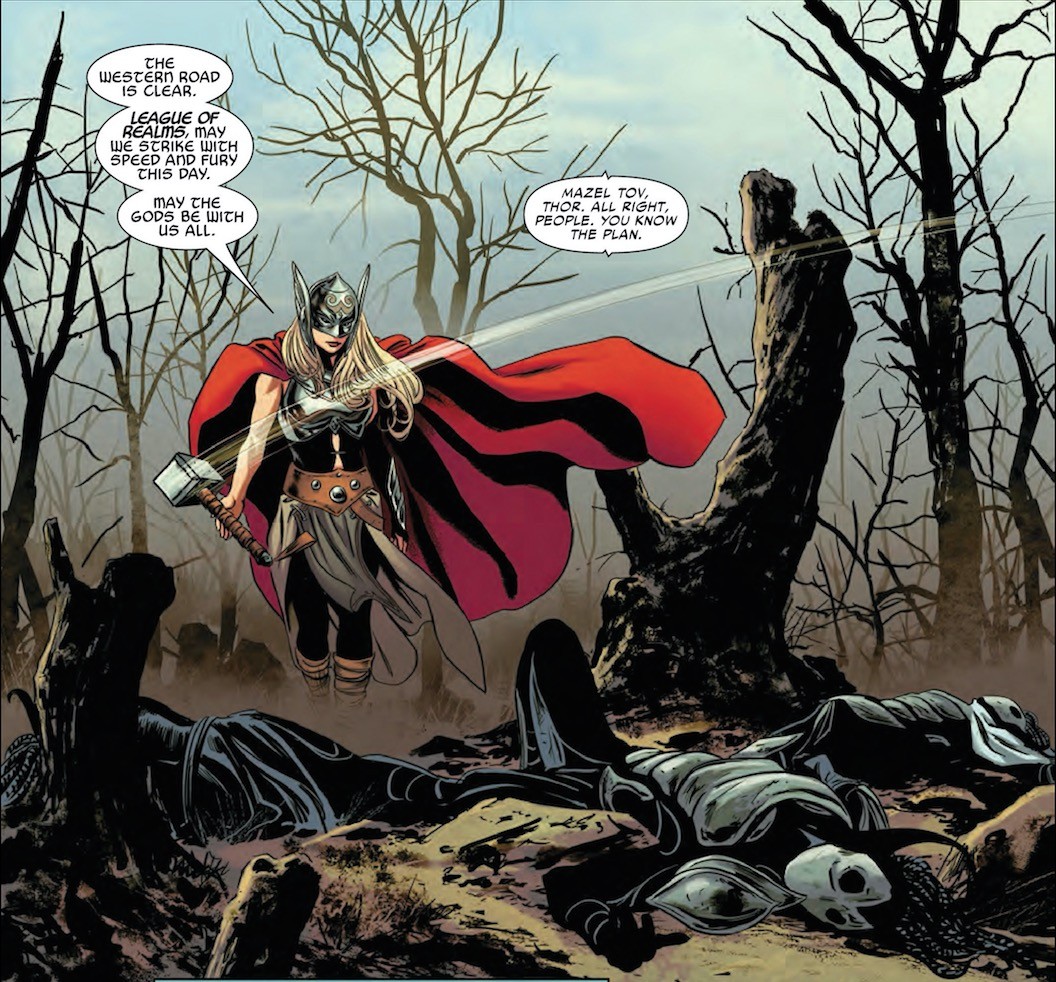 Issue #13 picks up with the Goddess of Thunder fighting the War of Realms on a different front. This time, she’s taking the fight to Malekith except she has help in the form of the League of Realms… which is basically the Narnia version of the Avengers. This team up was quite the romp back during Aaron’s Thor: God of Thunder series and it’s just as fun now. The chemistry and wisecracks between this sword and sorcery A-Team haven’t missed a beat. Angela and Agent Solomon make for fun additions to Thor’s Middle Earth hit squad, both buddy cop characters in need of partners. Honestly, there is NO discernible reason in all the nine realms that the League (narrated by Screwbeard) can’t get its own spinoff series. Visually, Steve Epting has taken the helm on artwork for the moment. I was worried about him not being able to live up to the masterpiece we’ve been given thus far by Russell Dauterman, but he manages to make the book his own, highlighting the sort of espionage feel of the story….something he excels at from his days drawing Captain America and New Avengers.

Bottom Line: The absence of Russell Dauterman has not stopped Aaron from giving us a fierce over the shoulder view of his epic War of Realms.

Reading The Mighty Thor? Catch up on other other reviews of the series here.