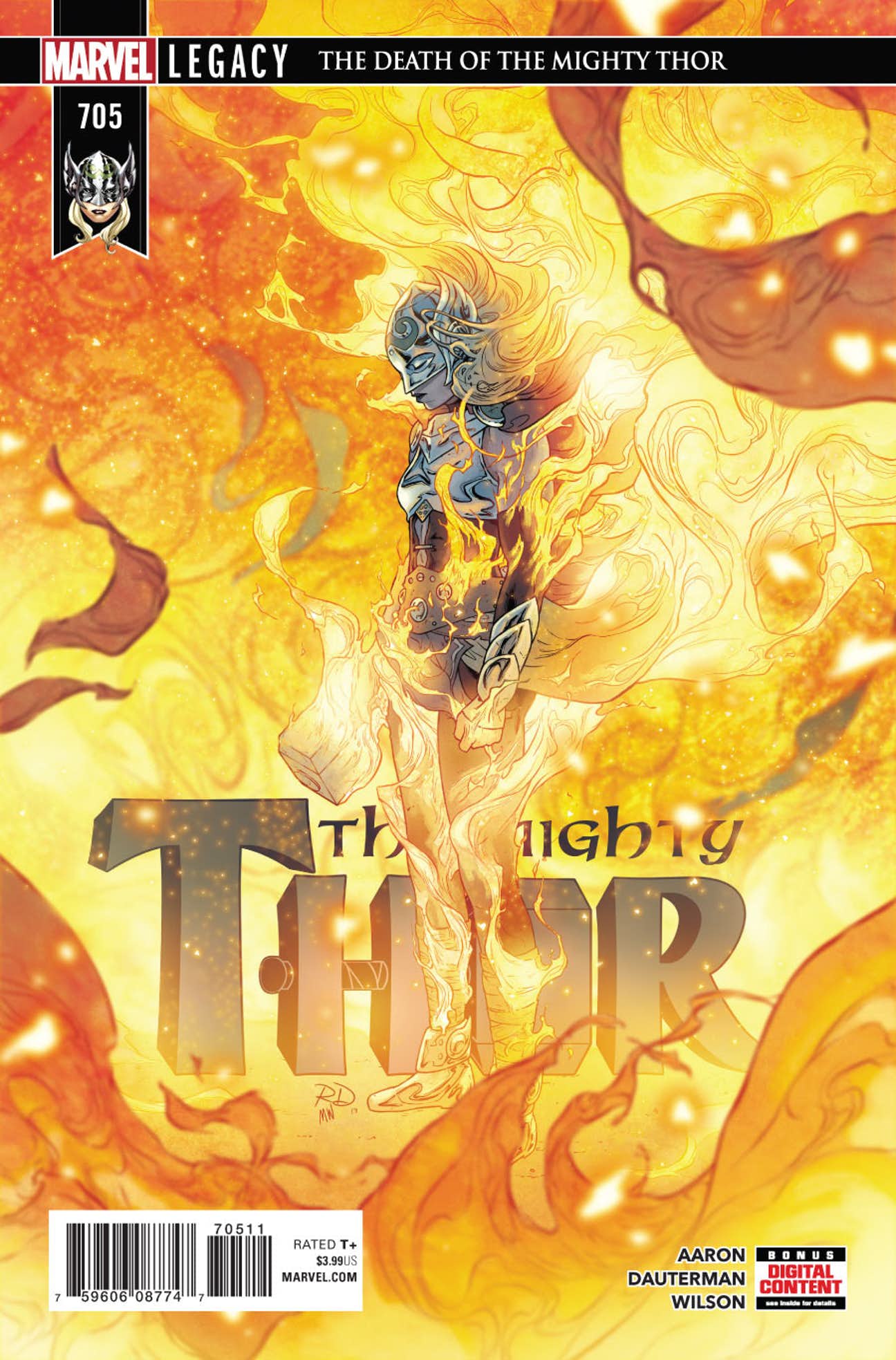 One of the hardest stories to tell is one where the ending is a foregone conclusion. This is why I’ve still never watched Titanic in full. Almost since her reveal as the mysterious new Goddess of Thunder, Jason Aaron has gone out of his way to make it clear that Jane Foster was going to die and no miracle moment or MacGuffin would swoop in to save her. The true measure of Jason Aaron’s portrayal of Jane is probably in his ability to get you to root for someone you know isn’t going to survive. That’s why, though we knew this was coming, The Mighty Thor #705 was a still a blow to the chest.

When you have superhero legacies that have gone on for 40 and 50 years at a time, it becomes par for the course that the end of a story is never truly the end, commonly the gateway to a new era for that character. To some degree, this is true as far as the Odinson is concerned, but when it comes to Jane Foster, this story hits so hard because it’s a gripping, emotional swan song for a character that has left an irreplaceable mark on the Thor mythos. After the die has been cast in #704, this issue is devoted primarily to Jane calling the lightning down for the final time to defend the people of Asgard against the unparalleled fury of the god-thirsty Mangog. I can say with certitude that this is the most viciously violent issue in what has already been an uber-violent leg of Aaron’s tenure. The coolest thing at play in this book and, ultimately in Jane’s entire time as Thor, is that Aaron makes her prove herself not just as a superhero but as a better god than any of her peers on Asgard have ever been. 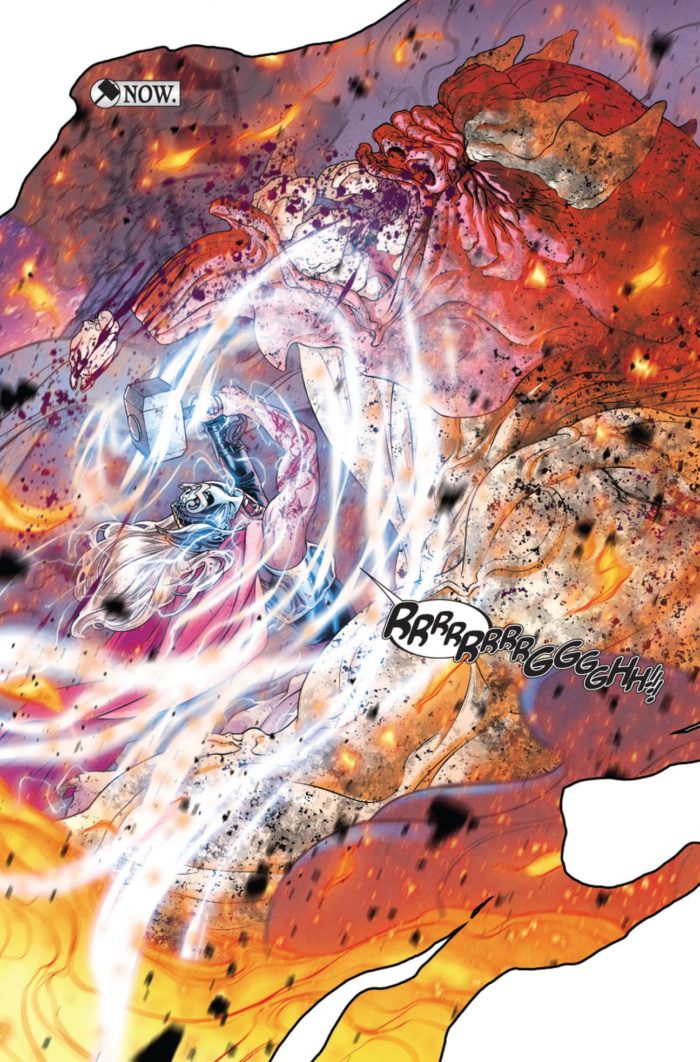 Think about it. Most of the gods in Aaron’s run mainly define their godhood by the feats they accomplish in comparison to mortals and how much more powerful they are than other beings. Think about the Asgardians, even the ones we like. How often have we seen them concerning themselves with how their actions affect mortals or doing things to earn the worship that makes them gods in the first place. And then you have Jane, who has used her power to help people at every single turn, even those in Asgard like Odin and Cul who would gladly take her hammer and put her in chains just the same. A human with the power of a god sacrificing everything to save people who don’t always deserve it? If that’s not the truest measure of a hero and the best reason that Jane’s time as Thor should be regarded as a Top 3 moment in the history of the franchise, I don’t know what is.

And shout out to Russell Dauterman as the lynchpin that makes this book truly legendary. His style is so consistently versatile, he delivers in the quiet moments of nuance and emotions with just as much detail and energy as he does in the panels where Asgard is primarily engulfed in flames.

Bottom Line: This book doesn’t get enough credit for being the single best, most consistently exciting thing happening in Marvel Comics for at least the past five years and #705 proves exactly why. Jane Foster gets a gorgeous, well-paced warrior’s end that could reduce any reader to a weeping puddle. The message is simple: buy this book and then buy another for a friend. This kind of fantastic heroism and nobility is superhero comics are all about.