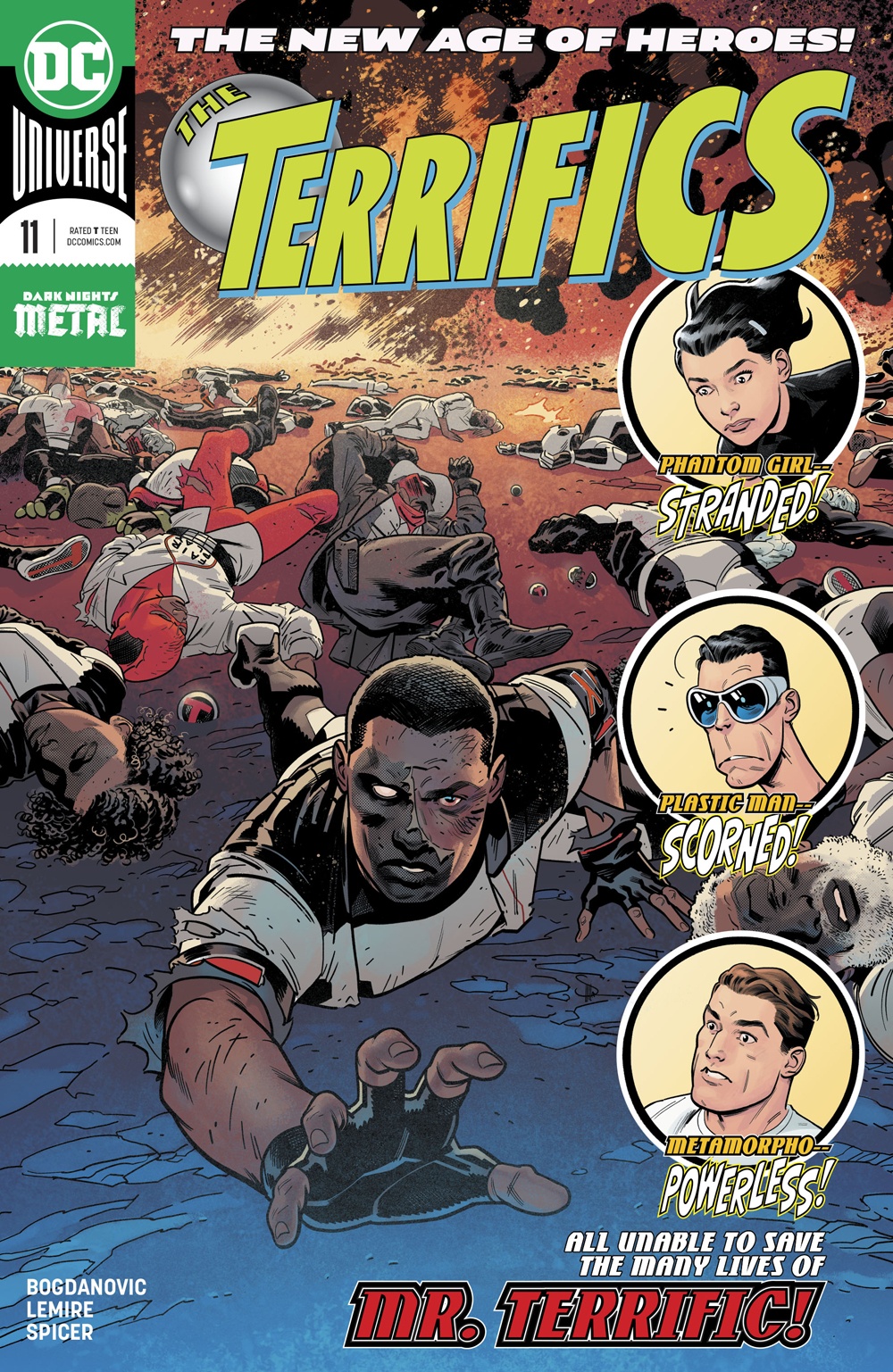 The Terrifics is such an oddball series and out of all of the New Age of Heroes, I adore it the most. It is wonky, out of this world, and never tries to take itself too seriously even when the fate of the multiverse seems to be in constant peril. It is a series that embraces the wonkiness of its sci-fi comic roots. I love the artwork, writing, and the bizarre premises.

Specifically, The Terrifics #11 focuses on the team fractured. After their adventure with the Strong family, each character has gone their separate ways. Mr. Terrifics has thrown himself into his research into the Dark Multiverse. Plastic Man, Phantom Girl, and Metamorpho have all gone home to mixed result feelings. 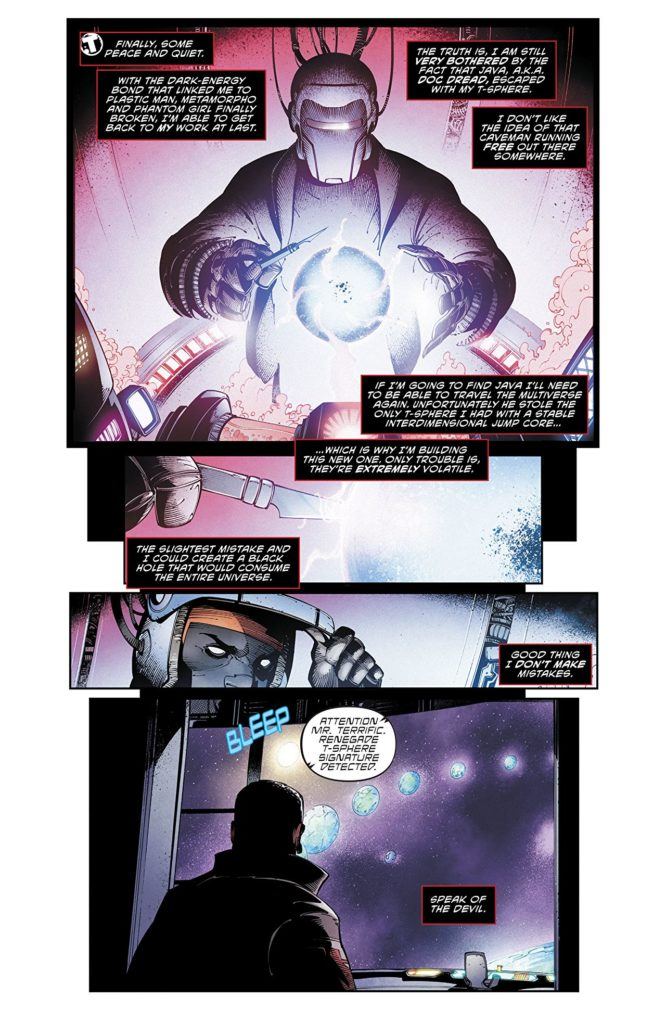 Lemire and Bogdanovic essentially tell four different tales in this issue. There are a couple of pages devoted to each of the characters as they attempt to acclimate to their new circumstances, while Mr. Terrifics gets a little more page time opening and closing the story. The two storytellers really excel in the smaller scale stories. Plastic Man going back to his ex in Gotham. Phantom Girl trying to make a go at it on Bgztl. Metamorpho adjusting to be just Rex Mason. It’s a much needed shift of gears to quieter, more personal moments.

Yet even with the dour perspectives, Lemire and Bogdanovic capture just as many moments of levity in their artwork and dialog. The quips and visual gags are still very much on point and cement the series as a joy to read. 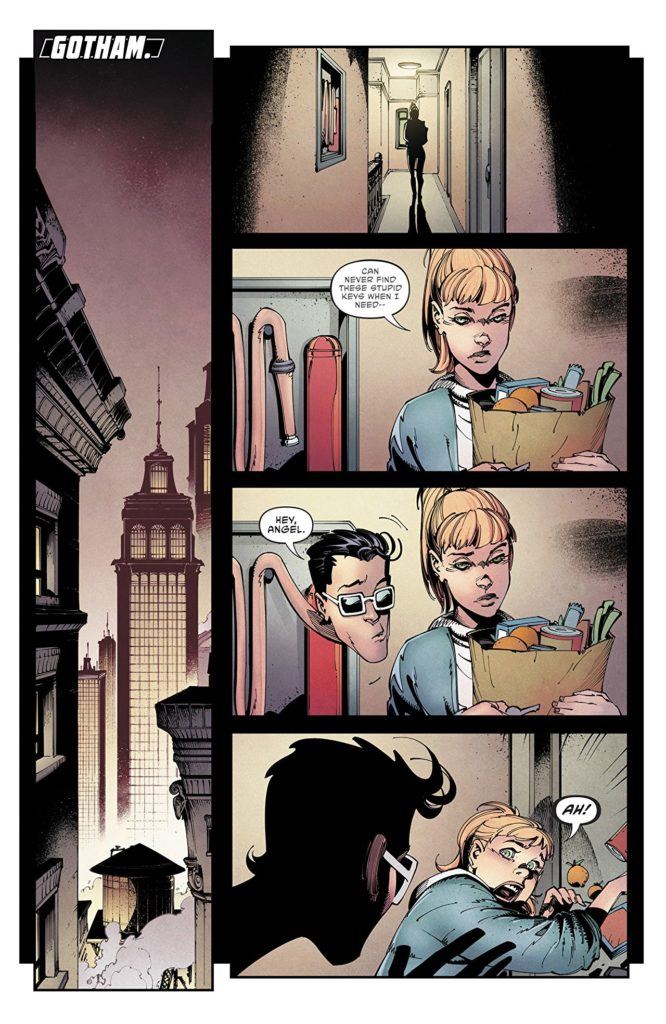 The Terrifics are a wonderful team of misfits that make each other better. It’s very much a story that I feel is worth reading and investing in. It’s fun and campy even after all of the different configurations of interpersonal dynamics and the set up at the end promises that Terrifics #12 will be equally enjoyable to watch unfold.