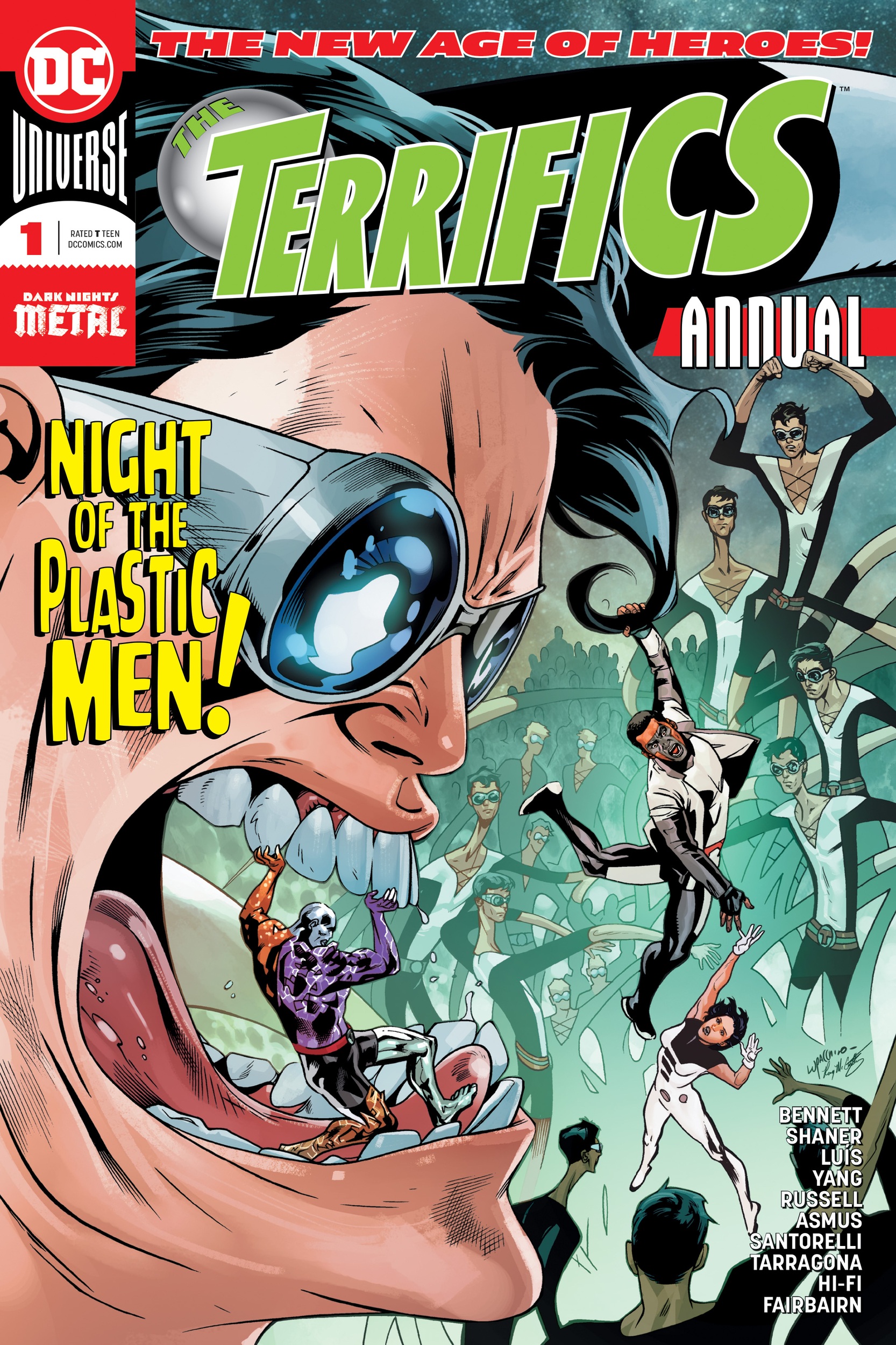 Night of the Plastic Men!

Annuals are always a fun collection of random odds and ends that let us appreciate the characters we have come to know and love over the course of the year in stories that highlight some of their best attributes. The Terrifics Annual ups the ante by bringing in a wide range of creative talent to the table and letting them expand on character dynamics and some illuminating backstories.

The first story, Masquerade authored by Yang and penciled by Bennet, shows the Terrifics in a typical Halloween-esque company function as dastardly corporations run a malicious experiment upstairs. Yang is one of my favorite writers, as exemplified by the opening panel of a scientist correct Mr. Stagg’s mispronunciation of his last name. Furthermore, Yang texturizes the cast with some great lighter moments, whether it’s Mr. Terrific reciting math equations to stay calm at a party (and I mean, who among us hasn’t done that before) or Phantom Girl adorned with the Phantom Mask awkwardly flirting with a Phantom Boy. Bennett’s artwork captures the hecticness of parties, and the science experiments gone wrong. Masquerade captures the happy go lucky spirit of the opening arc of the series. 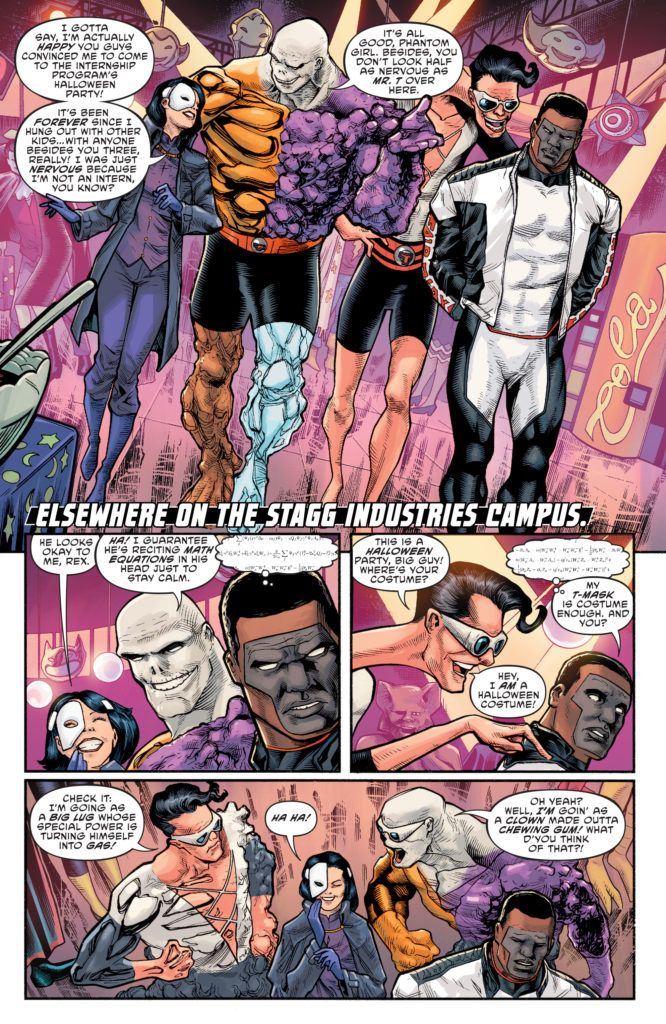 Origin of the Specious, penned by Russell with art by Shaner, takes the story in a drastically different direction by expositing on the origins of Java the Caveman. It comes from out of left-field with a vague tie in to the Terrifics’ mainline story, but it ends up being a strongly written tale of prehistoric life and sets the stage for future stories. Otherwise, it’s a good read.

Finally, Asmus and Luís provide the much needed back story of TOM STRONG! We get to see Tom Strong survive using science in the Dark Multiverse and get a little more context and visualization for the events that kicked off The Terrifics. Luís draws some awesome cosmic horrors, and Asmus writes a nice monologue.

All in all, The Terrifics is a love letter to all of the cool things that made the Terrifics such a fun cast of characters. While nothing status quo shattering was introduced, we instead got to see some nooks and crannies of the world with a little bit more light.