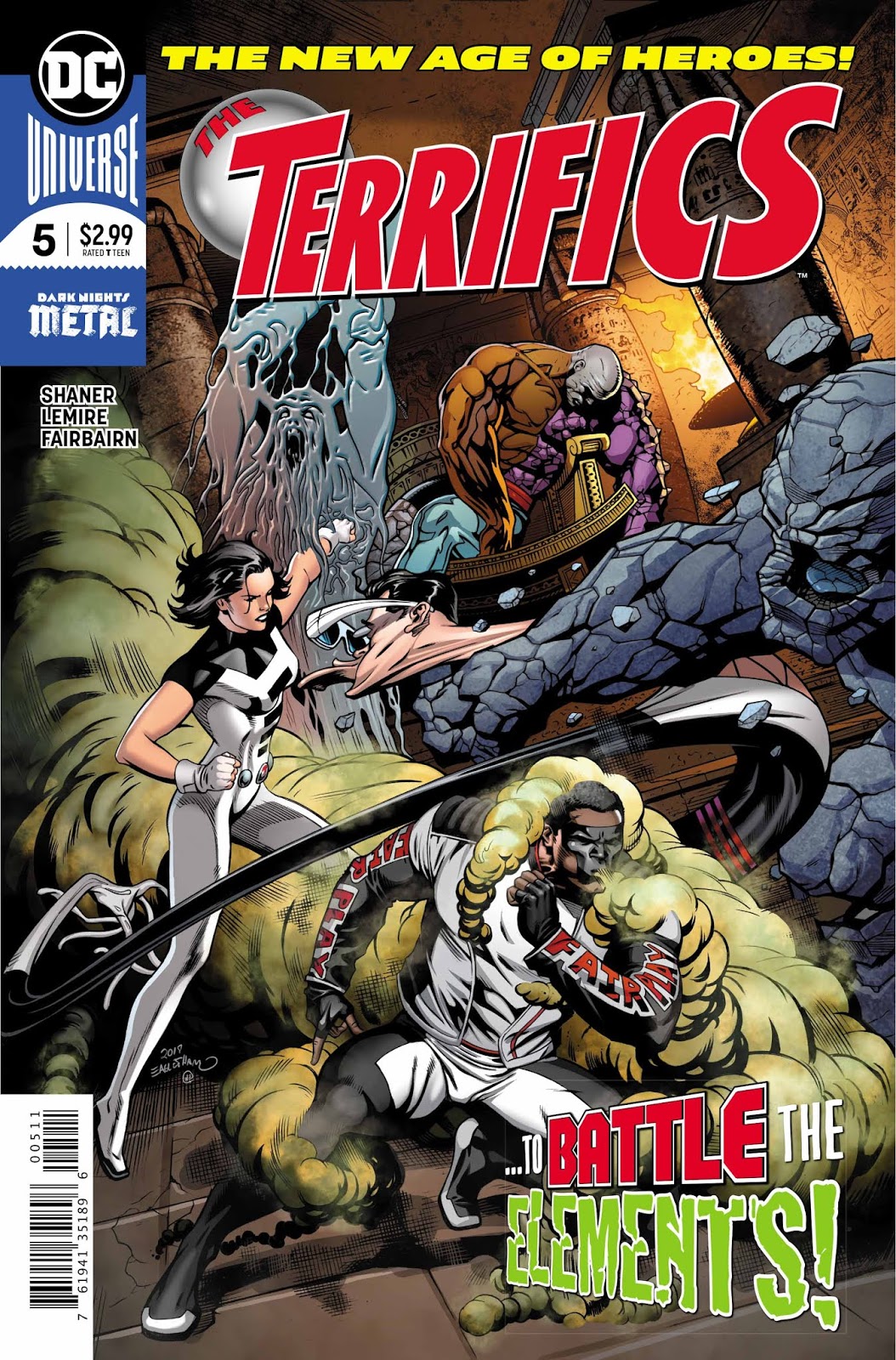 … To Battle the Elements!

The opening page of The Terrifics #5 feels like an intro to a classic animated cartoon. Quick panels of the protagonist, each with their own font and quick logline description. A small text box at the bottom right of the page recaps the almost sitcom-esque premise and leads into the title. I like the campy feeling. I like the layer of humor on top this cosmological horror story. Shaner and Lemire have found the right balance of quip and dark science and it’s unlike any other offering DC has on the market right now. 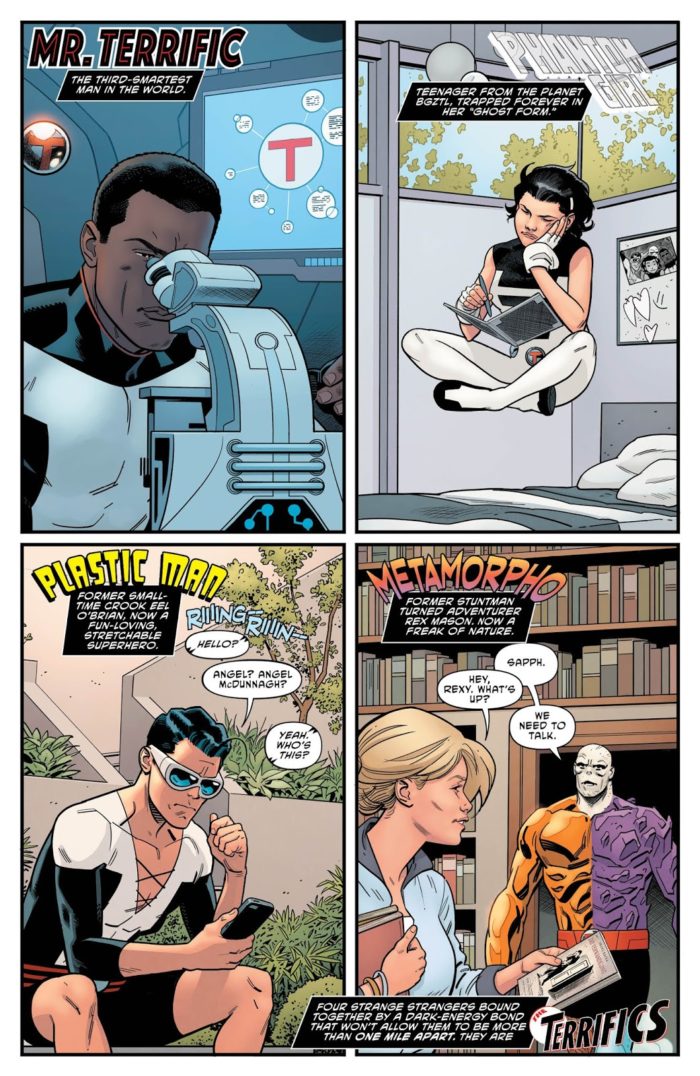 Appropriately enough, whereas the previous issue was focused on Phantom Girl’s familial relationship, this one gives us glimpses into the male members of the team. Plastic Man is seen having a heart-wrenching conversation with his girl Angel, while Metamorpho and Sapphire are in a lover’s quarrel about Sapphire’s father. To add even more drama to mix, Mr. Terrific is dodging questions left and right about his personal life. The strain that the dark matter bond puts on the team elevates the plot from gimmick to a vitally interesting element. The inability to stray more than a mile apart isn’t just a means to keep the team together and some ultimate end goal, but is a force that actively challenges their dynamics. Although the team doesn’t get too much time to dwell on the thought as a town is getting METAMORPHOED.

The Terrific #5 is largely a set up for the next arc, but it’s a enjoyable jaunt. Shaner and Lemire do a lot of really cool things with four panels of the team and there is a lot of eye candy and plot to keep a smile on your face. The Terrifics are the exact kind of B team you should be reading this summer vacation. It’s just fun.