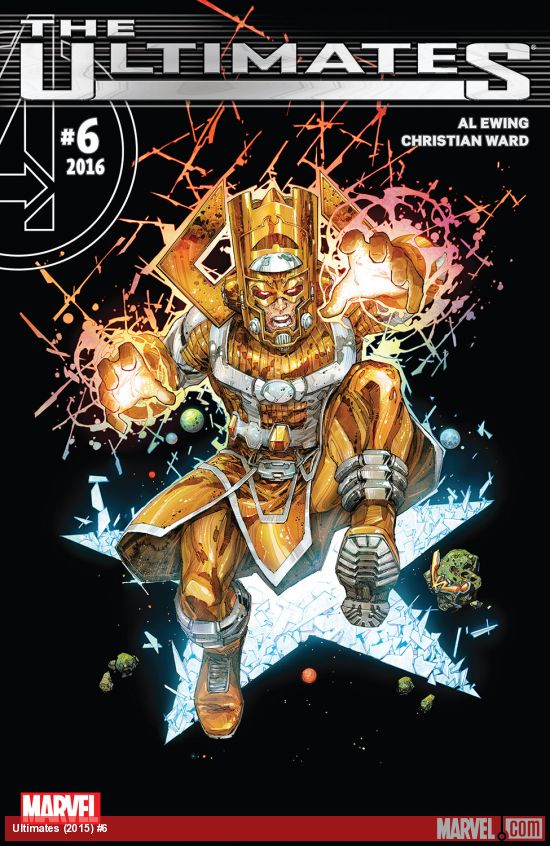 Ayo, y’all muhfuckas don’t know shit about space. Fuck everything you knew abut space, son. Fuck your Star Wars collectables, fuck your Star Trek toys, fuck the Hubble telescope and everyone that gave Interstellar a good review. Al Ewing is out here giving you the requiem for interplanetary space travel and you gonna love whatever comes out of this inkwell. We got the Ultimates (a team of literal geniuses and walking weapons of mass destruction) facing their first failure in their venture to fix the time stream from the outside looking in. Galactus had to come in and save their ass, and in doing so Ewing is giving us insight into Galactus and depths we really haven’t seen in years.

The perspective shifts from the Ultimate team to Galactus trying to figure out who could be powerful enough to put the shackles on the cosmic entity Eternity. We got a one man True Detective space case going on right now and there are other entities not happy about this. Galactus has to deal with his status quo change and the new order moving forward. I won’t tell you who confronts Galactus but I will say you ain’t ever see the Gawd get loose like this. 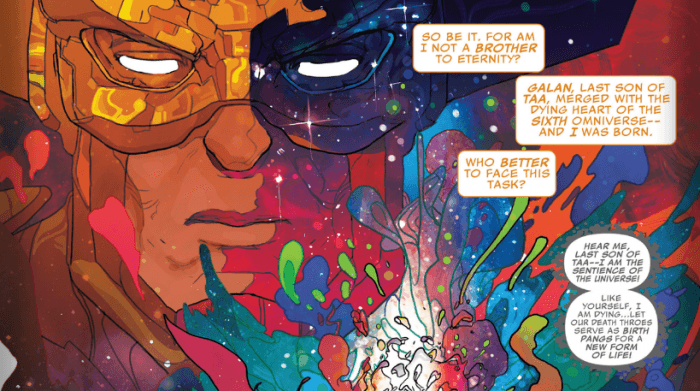 Christian Ward comes in for the art and does a great job of making this book feel very out of this world and cosmic. Ward uses multiple vibrant colors for Galactus and the entities he encounters. This comes across as the reader truly perceiving the environment as a different dimension above what normal humans in the 616 could be able to comprehend. Ward escorts us through many plateaus of existence as Galactus travels as well. We are encountering a majority of major players on the cosmic plane.

Ewing is really giving us an odyssey through space and it might be too soon to say, but it seems that Galactus is going to be the liaison between the Ultimates and the grand scheme of things happening in the universe. If this is true or not has yet to be seen, but it’s great to see such a major character as Galactus playing a larger role in the Marvel universe and seeing exactly what makes his role in the galaxy so important, especially now that it has changed.