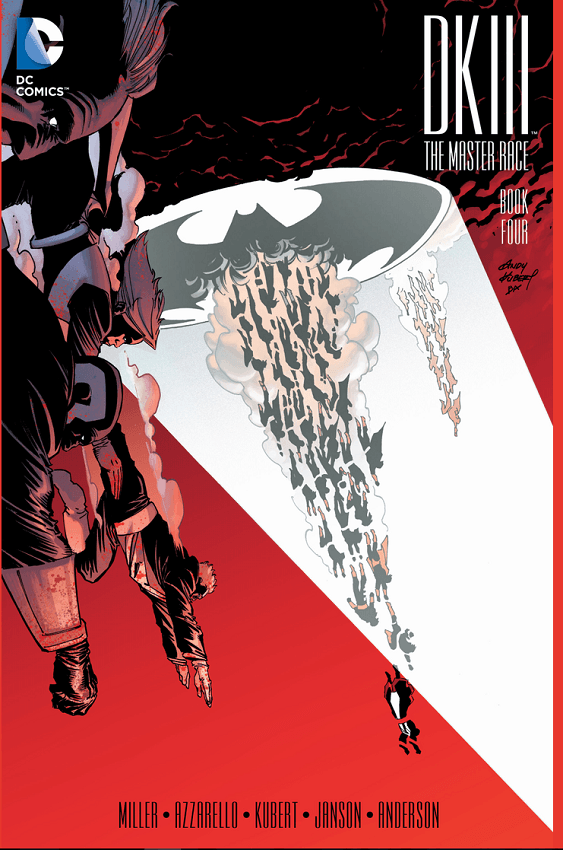 Coming into the 4th issue in the third return to the Dark Knight Returns saga, the story is still engaging but might be waning some. The cliffhanger of Lara with the Kryptonians at her back facing off against Superman is answered, in spectacular fashion to open the book with a lot of action in the panels with and quite a bit of brutality as Lara and Superman work out their differences for how Earth should be treated with their differing philosophies. It is resolved and well done, but sets up the second half of the book to be a quite a letdown. Mainly because not all that much happens. There is an appearance of an old hero or two that will surely makes things more interesting in the further issues, but not a lot done in the present. 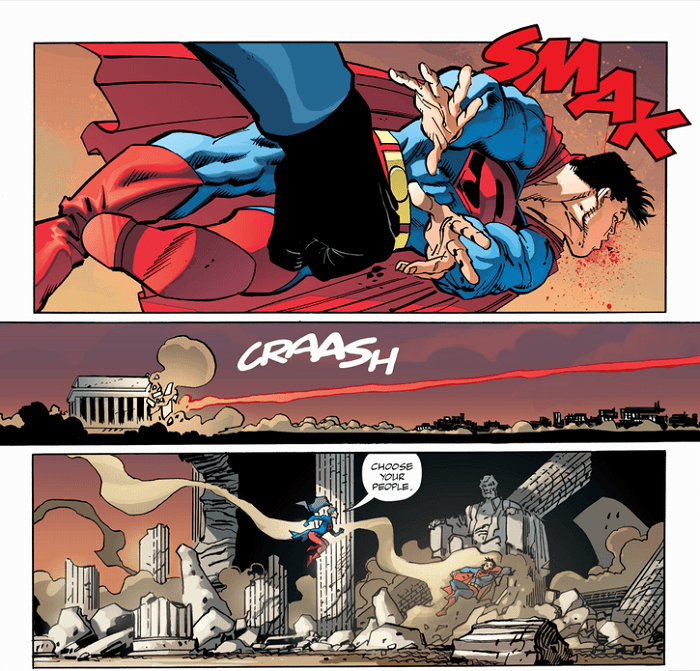 One of the issues with this book has been the transitions from one major set piece to the other. Namely, it takes too long to get to the next big thing. On some level it’s interesting to see the Commissioner and her doubts as Gotham descends into chaos, but short of seeing her do something, there isn’t a whole lot there. The previous issues have at least been a bit more fleshed out, but the reality, the book wants us to invest in this world without doing a whole lot with the world outside of Batman or Superman. 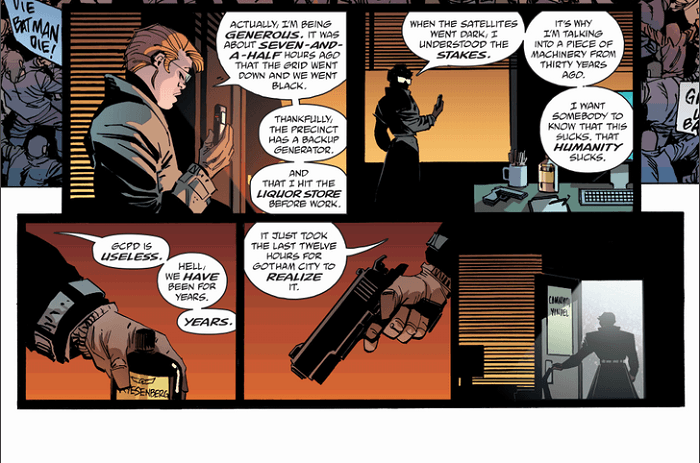 The art is mostly good, though not always consistent when it comes to character faces or scale. The kinetic panels where the fight takes place in the beginning of the book is done extremely well, but some of the dialogue heavy scenes don’t stay out as much.

All in all, its a forward progression of the story, though the most interesting aspects are fueled by the cliffhanger in issue #3. The stakes are finally high for Batman himself, so it will be nice to see him back in action next issue.