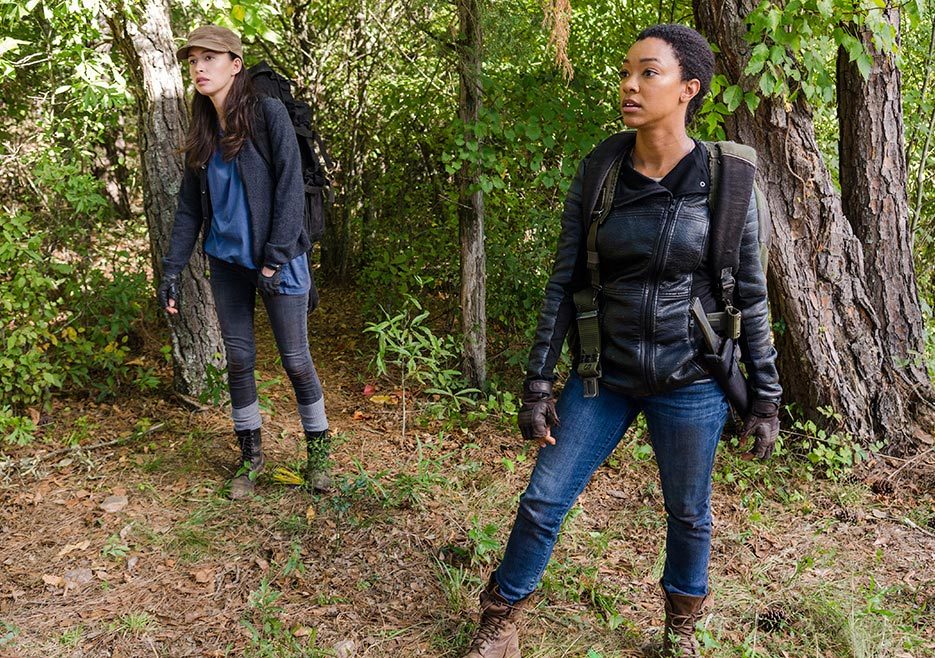 So… I just watched this week’s episode of The Walking Dead and all I can think is no one cares about your feelings. No one. At all. You know who has time for feelings? People who are not living in the zombie apocalypse, that’s who. Basically: not y’all.

[divider type=”space_thin”]
Granted I’m biased. I allow myself to feel things like once a year, usually in January, on a Tuesday for about 42 minutes between the hours of 2:07 pm and 3:19 pm. But even people walking around freebasing their emotions gotta know that there’s a time and a place for all that.

So let’s talk about Jesus and Maggie:
Why is Jesus on some “I never let myself get close to people before” mess? Now? Now you decide to get close to people? Now that the chance of them dying suddenly has increased exponentially. That just seems… reckless. Now is the time to become emotionally closed off.


[divider type=”space_thin”]
Why is Jesus pursuing a friendship with two wanted fugitives who are hiding out in his town against the wishes of his treacherous leader, Gregory? Nothing about this says lasting stable relationship, especially with Sasha spending half her time next to Abraham’s grave and the other half training an army of civilians that Gregory so eloquently–and probably accurately–referred to as cannon fodder.

They barely know each other. Maggie and Daryl, on the other hand, go back. Way back. [sigh] I see Daryl is in his feeling about Glen. And let me be the asshole to say: he should be. He got Glen killed. Yes, he should feel guilty because it was entirely and completely his fault. (Technically, it was Negan, but Negan said, “I’m going to do X if you do Y.” and Daryl did Y, so…) 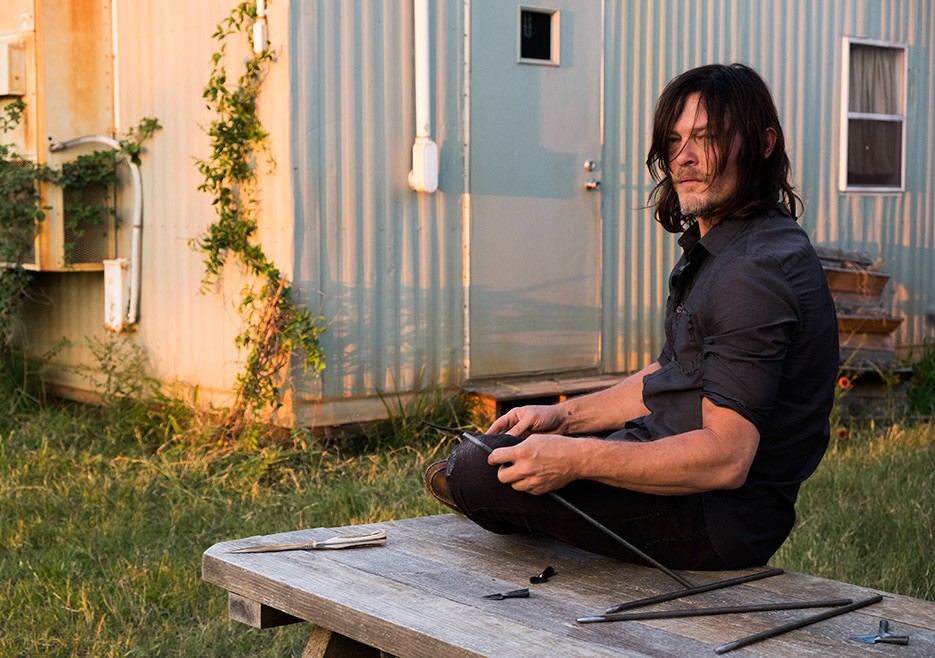 So now Daryl is at Hilltop in his feelings avoiding eye contact with Maggie and just brooding? What does that accomplish? Unless this is part one of an elaborate resurrection ritual, it is useless. He could better make amends by teaching archery at the local learning annex to the Hilltoppers who are trying to learn so they can kill the man who killed Glen. That makes sense but Daryl can’t see it because all these feelings are in his way. And it would be sweet, I guess, if it wasn’t so inefficient.

Speaking of the world’s most inefficient killers. [deep disappointed sigh] Sasha and Rosita are not at a slumber party; they are on a death mission so why are they sitting cross-legged and talking exes? You learned how to tie knots/ hot wire cars/ diffuse bombs from your— no no don’t tell me because I literally couldn’t care less. Maybe it’s because I had zero emotional attachment to the Abraham character, maybe it’s because I’m overwhelmingly bored by the catty jealous narrative that has been the standard between Sasha and Rosita for more than a season. Maybe it’s because they just fought zombies, hot-wired a car, and are sitting across the street from their target, Maybe it’s all of those things, but I just don’t care about this Sisterhood of the Traveling Assassins moment.

Feelings get you killed. Ask Glen. Feelings will eff with your judgment. Ask Andrea. Feelings will drive you mad. Ask Carol Morgan. Feeling(s) will make you weak and afraid to lead. Ask Rick. Feelings are a luxury that not everyone can afford. Now, what you need is to fight.