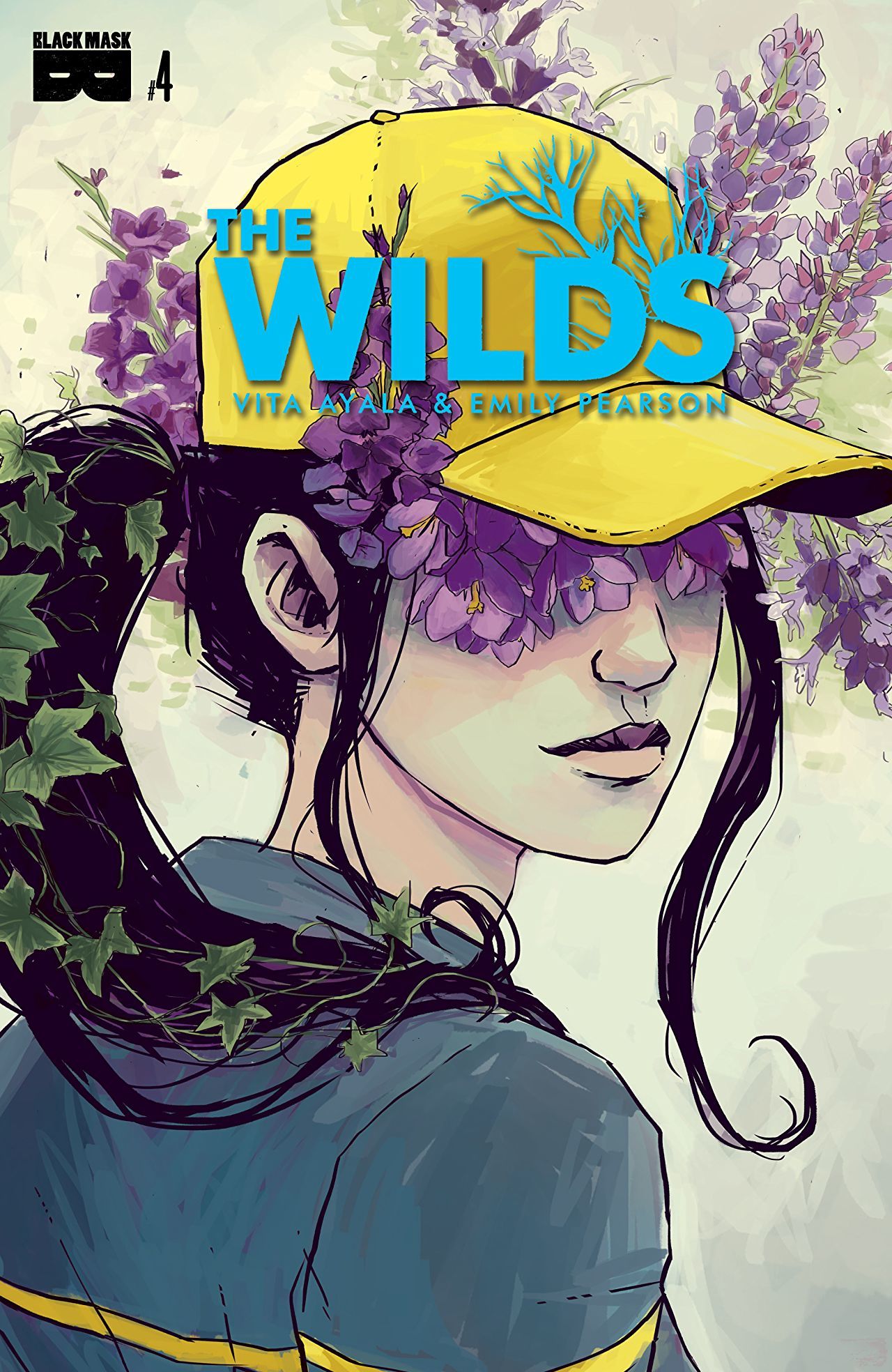 This issue of The Wilds starts off with this beautiful first page reminding us of the circumstances of the world this comic is set in and also giving us the context we need to categorize all the different characters we come across so far in the pages we’ve been reading. This is a new world with new rules to live by. As one panel states: “Pasts erased by the reckoning, people found new identities…” 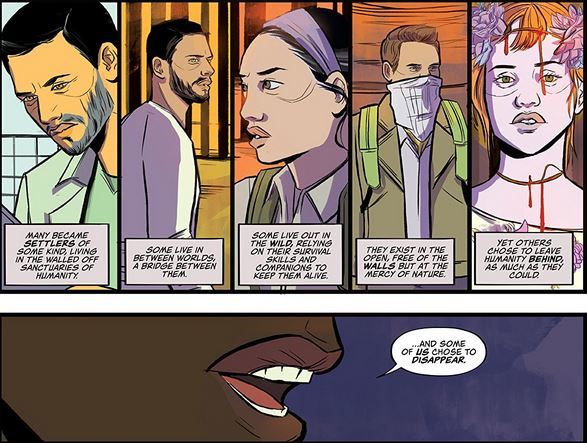 Daisy and Heather have been reunited and while I wish it were in happier times, the two lovers find themselves caged inside this facility…that captures people and experiments on them and others. [Sigh] Things are as bad as they’ve ever been. The two talk briefly start exchanging info on all the connecting threads now that a lot is making more sense–all these missing folks, the surveillance and even perhaps the odd behavior and patterns of the infected. 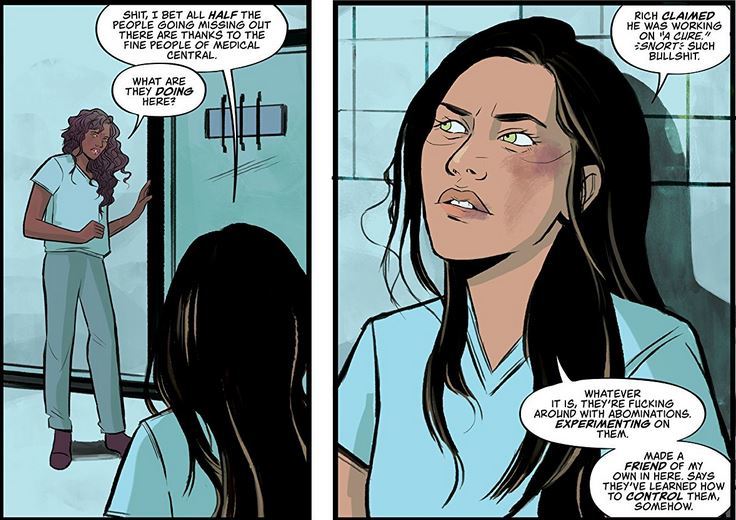 “Closer To Ending This Nightmare Permanently”

With just four issues, as writer Ayala is starting to weave story threads together as seen with Heather and Daisy’s first panels and then with the revelation of the big bad, a familiar face to both women who is running this sick joint. We get a taste of his motivations and his ideal of who is expendable and who isn’t as he takes one of them away. It is fascinating to see just what this new world needs–because who you were before the reckoning definitely plays a part in what purpose someone will need you for, like having medical training or any kind or even–a botanist!

“There Has To Be Something Better Than Being Used”

Pearson gives us all the bountiful, beautiful art that we can expect from her for a wide array of scenes: the current story with several flashbacks thrown in for good measure. Daisy escapes Richard’s facility, mounts a mini rescue mission and we’re given glimpses of her life before, after the reckoning and some time afterward–all connected to Daisy and vehicles that move. We can concur that Daisy wraps up a lot of her identity in the new world with being mobile via driving and having access to move–to not be pinned up or walled up behind walls which helps explains her personality and much of the conflict she’s had with different characters through this series.

There are some great pages, some great panels showing emotion that I couldn’t help but stare at and suck in, including this panel included above of Daisy in a state of showing vulnerability which looked stunning against the backdrop of Stelladia’s always fantastic coloring job. The attention to detail to the flowered infected has always been a high point for this book for both artist and colorist, giving this comic that distinctive look we’ve come to know and this issue is no different. I also have to give Stelladia her props for her touch as a colorist for the transitions from night to day and vice versa–it is a skill that effectively sets the tone and atmosphere for different scenes that helps hammer home the emotions being conveyed really well. Oh–and some impressive lettering by the one and only Jim Campbell!

For some, the ends justify the means. A whole manner of atrocities can be forgiven or overlooked it means a beneficial outcome or some favors. It is clearly evident that this mindset has not died out in this new world, after the flowery reckoning. Yet, Daisy’s epic homecoming pulls no punches and gives no fucks–her quick thinking and observant musing give her the push she needs to do more and be more. It is a brilliant character profile as it is a new building block in the plot.

She makes it known that there is only one sacrificial lamb here and it’s not one of her people, it’s the wolf that’s been preying upon them in their own home, their own compound. The final pages really drive home what a dream team this creative team has been on such as book like with this with such a publisher. This is the issue before the finale (for now) and I am hyped to see what is in store for us readers.

The 5th and FINAL (for now) issue of #THEWILDS is still available for pre-order from you local comic shops!

See our site’s other reviews of The Wilds here.