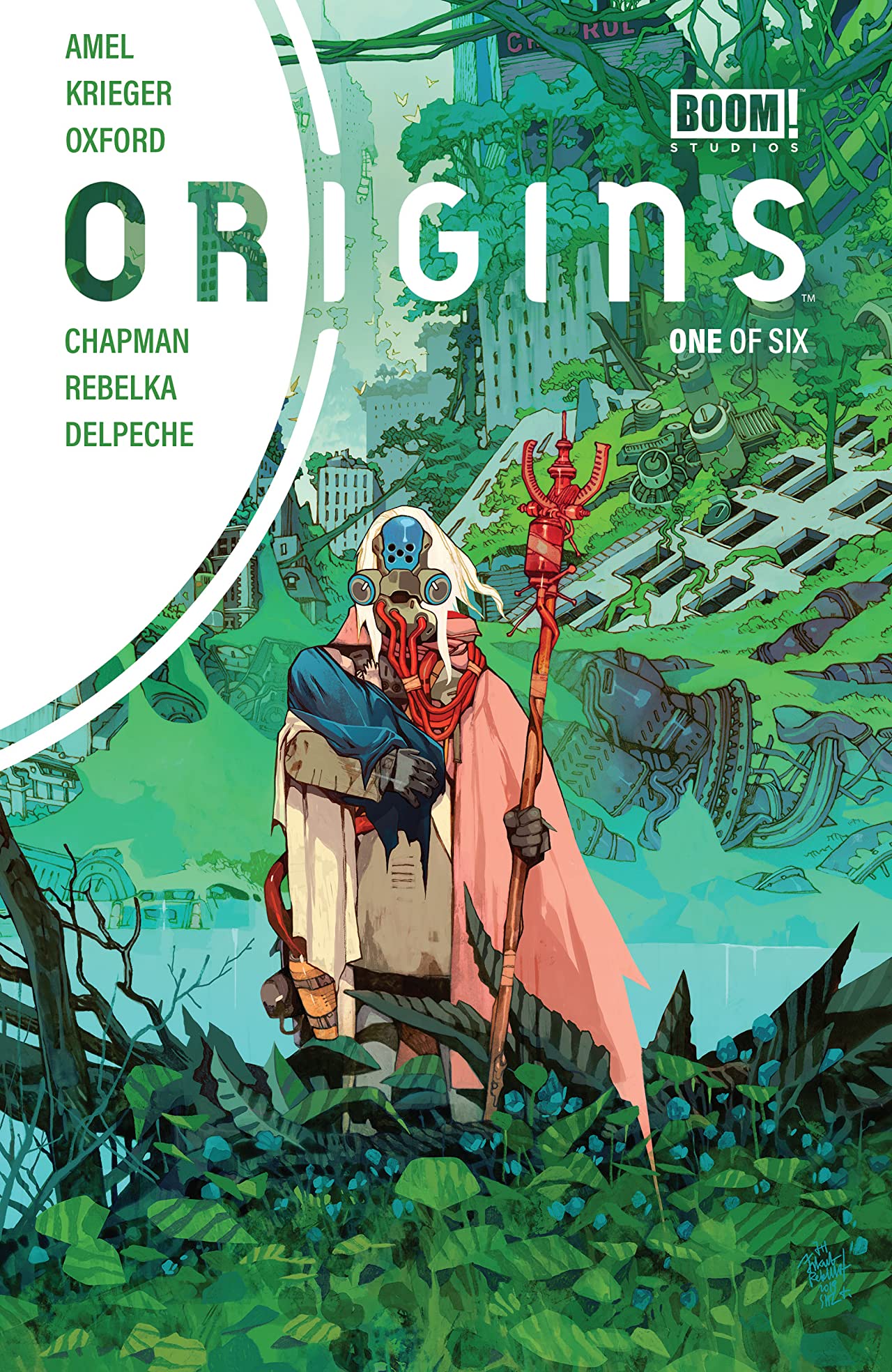 Look. Post-apocalyptic science probably isn’t the best genre to be reading this week, but Origins looks and sounds so entirely up my alley that I’d be remiss if I didn’t check out the latest offering from Boom!. And from the jump, Origins feels very much in line with something running in parallel with Horizon Zero Dawn. There are recognizable landmarks of past civilization that been overtaken by overgrowth. Humanity now wears nomadic wares as they travel through the wilds. There’s a lingering threat of something greater and it’s up to one person with a complicated legacy and their guardian.

Like I said, very much Horizon Zero Dawn adjacent. Although, here one of the principle characters is an android which is a crucial distinguishing factor, given that the frame is that of the android Chloe recounting her adventures with her young charge David, who has to come to terms with his past/future actions, a sentiment which makes drastically more sense when reading the comic properly.

I absolutely love Rebelka’s artwork. It’s a perfect encapsulation of a verdant landscape that would grow in absentia of humanity’s influence, and the reclamation of the earth is very visually appealing, and the detail to the vegetation is engrossing. The depictions of landmarks have such a far- reaching scope and seeing the characters move about the world is a delight.

Chapman’s script eases us into the world with at tried and true framing, although the exposition felt a little light. A lot of the story is told with an intentional vagueness and constant allusions to things that the characters the in universe would have a clear understanding of, but us the readers struggle to keep up with. This isn’t helped by the parallel narratives that occur in the past and present that are very clearly interwoven and meant to provide insight into both, but given that there are only so many pages in a single issue, the split feels like we’re missing key bits of information.

All of that said, Origins is a fine sci-fi series although I think it’s going to need a couple more issues to fully show what it’s going to be capable of. The artistry is apparent and writing hints at a greater intrigue albeit maybe a little too vaguely, and if there is just a little bit more concrete information about the world that can distinguish it from its peers. I’m sure Origins will find its way to many shelves in the future, but only time will tell.