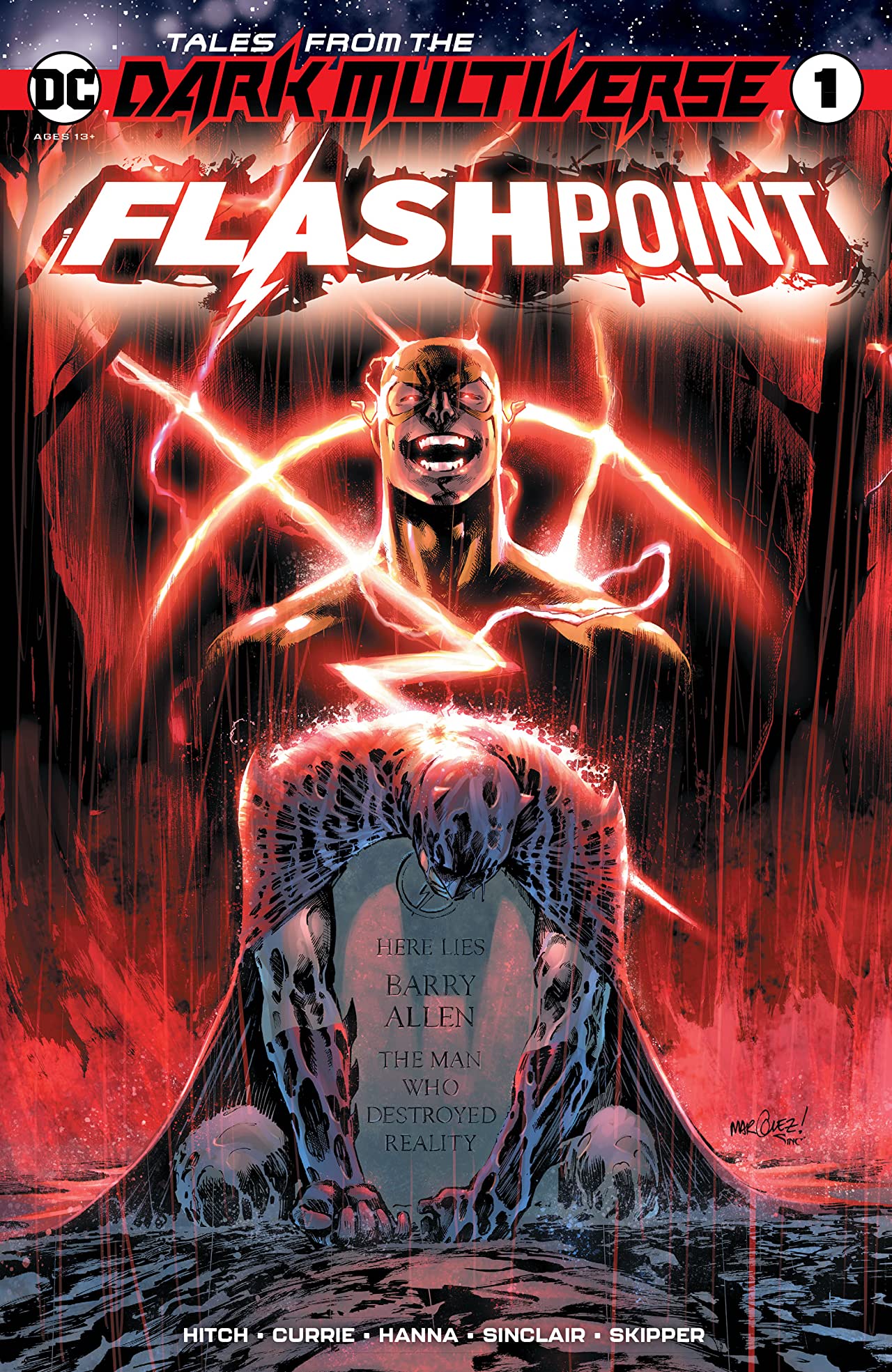 One day I’m not gonna like one of these Dark Night‘s tie-ins. But today is not that day. Tales from the Dark Multiverse: Flashpoint bangs.

It’s the most recent of these Dark Multiverse books that basically boil down to being DC’s version of What If?

This Flashpoint issue explores what would have happened if Barry succeeded in getting struck twice by lighting, but it killed him rather than giving him his Flash powers. And in the wake of his death, The Reverse Flash comes in and takes his place, navigating the Flashpoint world that we’ve come to know with unlimited power.

That’s basically what this issue winds up being: a playground for Eobard Thawne to play in and manipulate as he sees fit.

I won’t say that I rooted for Reverse Flash per se, or that it’s even possible to root for him, but the way Hitch writes him in this issue, I found myself often nodding in agreement with whatever he was doing. Even if it happened to be using his super-speed to atomize Cyborg out of existence.

Thawne winds up completely taking over the world because this is a world without the Flash, so they never saw him coming (joke intended). He recreates it in his own image until he meets the scrawny Superman who gives him a run for his money.

If Thawne is the protagonist of this story, meaning that his wants and desires drive the story forward, then Thomas Wayne Batman is the villain. Because he’s hellbent on recreating the world that Barry wanted to recreate. The one where Bruce survived that fateful night in crime alley and Thomas died.

Bryan Hitch did the damn thing on this book. My guy simultaneously impressed me and made me jealous that he was so effective narratively and visually. I may or may not be rethinking my life choices right now.

Tales from the Dark Multiverse: Flashpoint is yet again a fire tie-in to the Dark Night‘s storyline. Do you need to read it? No. Will your life be better if you do? Hell yes.

10 Kryptonite Pistols out of 10