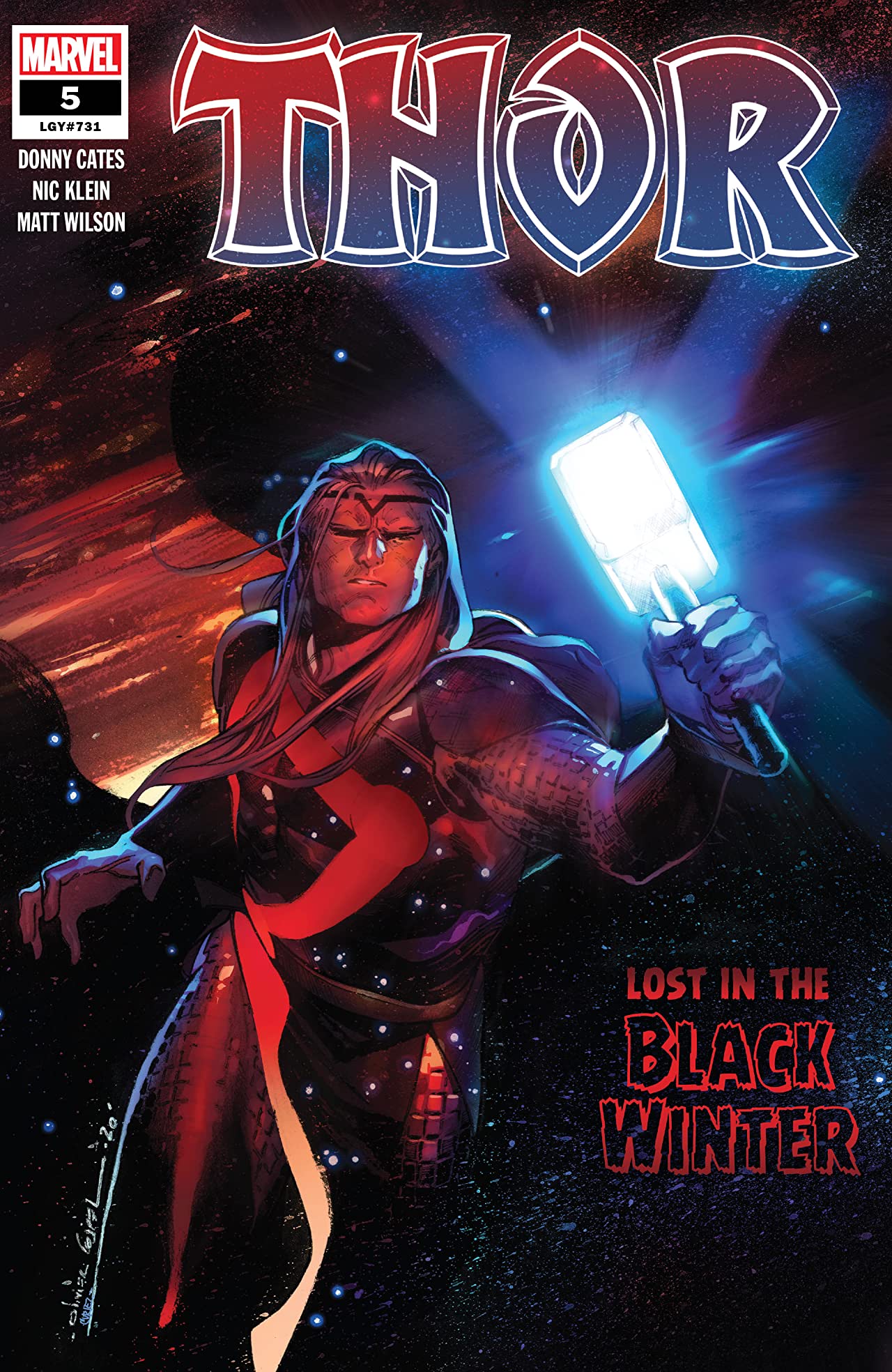 I was certain that Jason Aaron’s run on Thor had run the gamut, reaching throughout all ends of the Marvel Universe. I thought after such a long run, I’d almost thought all the good Thor stories had been told. With Donny Cates taking the wheel, I should have known better. With cosmic harbingers of death, world eaters, and celestial slugfests that shatter whole moons as collateral damage, the God Country writer is clearly right at home with this book.

Issue #5 sees the God of Thunder and his latest teammate, Galactus, finally coming face to face with the dreaded Black Winter as it begins to consume the universe. It’s not that we’ve never seen a mysterious, galaxy-swallowing all-death before. It’s that Cates executes this brand of it with enough character and imagination that it breathes new life into it with a sharp twist near the end that I must admit I did not see coming. While tackling the big threat, Cates also manages to make sure that we keep in mind that Thor’s greatest challenge in this run so far is also a personal one that might not go away with the mere swing of a hammer. And although the slugfests have been fun so far, the internal battle is very clearly what’s going to keep us turning the pages.

Nic Klein’s artwork isn’t quite as epic as that of some of the titans that have come before but still adequately conveys the scale of Cates’ script. There’s definitely some wild concepts that are done justice visually in this book like one scene where Thor is fighting what looks like a room full of penrose stairs, I kid you not.

Bottom Line: Donny Cates has a great mind for big Kirby-esque blockbuster ideas and Issue #5 definitely delivers on that successfully.